What a clear water backflush can('t) do...

About two months ago I had my Andreja serviced. It turned out that there was quite a lot of wear on the valves and the cam in the E61 group. When the Italian service guy heard about my regime to do a chemical backflush every three weeks or so, he went ballistic. According to him the group should NEVER be backflushed with chemicals. So, still trembling from the outburst of Italian fury, I decided to only do clear water backflushes after every session from now on.

Yesterday however I felt the sudden urge to live my own coffee life and decided to get out the chemicals and do a backflush with it. What came out totally baffled me: 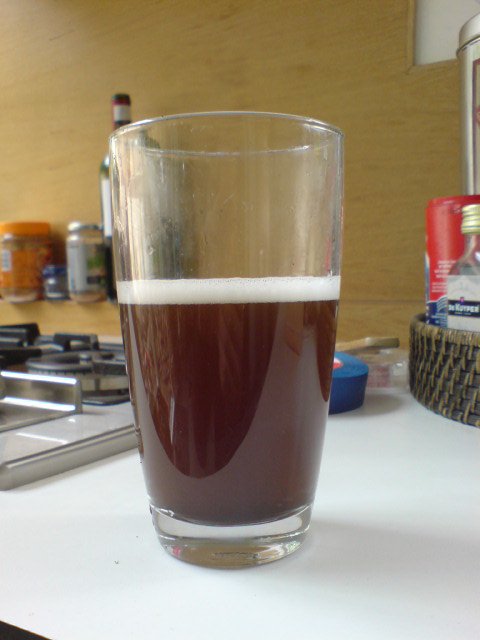 I imagine that most of this was stuck somewhere in the lower valve and thus not compromising the flavor but still... Quite a shocking amount of old crud I would say. After seeing this, the chemical backflush has re-entered my cleaning routine and will probably stay there.

Bas
Creativity is the sudden cessation of stupidity.
Top

thanks for the info. I suppose the engineer's fear of "chemicals" is understandable, after all, he's probably imagining that he'll need to grease parts more often.

However - espresso is "chemicals", too - and those chemicals crudding up your machine are probably not something you want in your cup!

I've settled on a similar compromise regime - water backflush often (though i can't promise i remember after every session), then puly caff every 2-3 weeks. Nowhere near enough in a commercial environment, but suits me at home.

It really comes down to what chemicals you use - and are they safe for the materials involved?
Top

Italian companies do not like to tell customers to clean machines
just like a mechanic doesn't want customers to change their own engine oil
IF you use espresso detergent that was engineered specifically for cleaning groupheads etc etc
yes you should clean with chemicals ( which by the way they are food safe)
Stefano Cremonesi
Stefano's Espresso Care
Repairs & sales from Oregon.
Top

I'll add this: I believe my group solenoid started leaking because I do a detergent backflush only every 2-3 weeks. Now I started doing one daily; using very little detergent though.

One thought I had was to use dishwasher detergent instead, for cutting the cost, what do you guys think?
Top

Probably not a good idea, since that type of detergent typically has some surfactant ingredient which tends to more residue left behind, and any dishwasher detergent residue will dissolve the flavor oils that you're trying to hard to extract.
"Experience is a comb nature gives us after we are bald."
Chinese Proverb
LMWDP#238
Top

this myth must die.

cleanser backflushing will not damage your machine.
you should backflush frequently.
water backflushing really only removes particulate matter and leaves oils behind.


(and don't backflush with things like dish detergent, please)
"Taste is the only morality." -- John Ruskin
Top

GVDub wrote:Probably not a good idea, since that type of detergent typically has some surfactant ingredient which tends to more residue left behind

I'm not sure if my question was clear or not. I meant automatic dishwasher detergent; I'm not saying it should be OK, just making sure we're talking about the same thing

That's more or less what I figured you were thinking.

Here's an experiment. Take a plate that you've just washed in your dishwasher. First, smell it. That 'lemon-fresh' scent will end up in your coffee, as it's designed to last for a while after rinsing. Second, put a small drop of water on the plate and roll it around? How does it behave? Does it stay beaded or does it spread out? If it spreads out, there's an rinsing agent in the detergent that's designed to reduce surface tension in the water (to prevent 'spotting'). That also doesn't rinse off easily. Stick with the JoeGlo. You and your coffee with like it much better.
"Experience is a comb nature gives us after we are bald."
Chinese Proverb
LMWDP#238
Top

Thanks, sticking it is

. There goes my hope of saving some $

triptogenetica wrote: I've settled on a similar compromise regime - water backflush often (though i can't promise i remember after every session), then puly caff every 2-3 weeks. Nowhere near enough in a commercial environment, but suits me at home.

I bet you clean far more frequently than they do in most commercial environments. The compromises I make are because of the long MTBS (mean time between shots) that allow any residues to age, while most commercial shops base their schedules on short MTBS, and lots of shots on a daily basis. I will pull a water backflush after each shot, or each session if I know that I'm gonna be back in less than an hour or so, and my PF's. baskets, and pitchers (along with the towel used for cleaning the steam wand) get, at the very least, a good rinse. Usually they all get an enthusiastic scrubbing, sans any detergent or soap, and get a good bath in leftover Cafiza or JoeGlo once a month or so, at the same time I do a cleanser backflush.
You're probably pulling fewer shots between cleanings, but keep to mind that your machine sits far more than any commercial machine. Try not to let stuff 'cook' on!
Espresso Sniper
One Shot, One Kill

LMWDP #175
Top
← Back •
By accessing this site, you agree to the site's terms of service. If you need help with the site, please contact us.