Welcome to the Dark Side

Beginner and pro baristas share tips and tricks for making espresso.
← Back to Tips • 4 posts

More than once friends and family have chided me about my "espresso hobby." One aspect in particular that provokes their ribbing is the cost. I haven't totaled up my expenditures over the years (and I don't want to), but it's fair to say that I've sunk a sizeable chunk of change in shiny equipment and accessories, not to mention consumables (coffee, milk, biscotti).

My response to their teasing: Yeah, so what?

One of my relatives (unnamed) is into sailboat racing. I've only seen his boat a couple times and took a tour on it once. While I didn't quite heave over the side, it wouldn't have taken much to put my waffling innards over the top. Returning to my point, said boat costs about as much as a small vacation bungalow, all for the sheer excitement (?) of traveling at the blistering speed of six knots. But hey, to each his own, and he enjoys it immensely. More power to him, I say.

The last time this came up, I ticked off the "excesses" that pass without public comment, ones that hold little interest for me (e.g., big screen TVs, luxury / sport cars, etc.). My point essentially was "to each his own pleasure" (and the implication, "thank you for your understanding"). While this tactic squelched all but the most ardent critic, some remained not-so-silently convinced that I was wasting both my time and financial resources. Let's not even go into the comments about the time I "waste" reading CoffeeGeek. The name alone (coffee geek) gets me the look. You know, the one that lumps me in same category as a Trekkie obsessed with attending Star Trek conventions each month.

Financial rationale doesn't convince ("Oh, but look how much I save not going to Starbucks"). Comparing it to other culinary arts doesn't help ("Some like to cook, me, I like to make espresso"). But one thing does:

Yes, in stealth-like fashion, I offer my critic a little candy cane. Oh, maybe a breve. Another day it's a big-old latte, me thinking all the while "Baby steps, baby steps..." After a few weeks, the comments turn more positive ("I can't go to Starbucks anymore. You've ruined me.").

So, how did you bring over a coffee swill drinker to the true Dark Side? 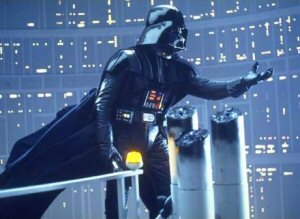 Not only is a well-prepared espresso-based drink a great pleasure in itself, but the equipment required to formulate such a concoction is fascinating. It is, to some, the equivalent of seeing a friend's brand new car. After studying the exterior for all of three seconds, you say, "So let's see what's under the hood!"

That's an idea! There are see-through watches, why not an espresso machine?

With fancy neon like those computer shells!
Top
← Back • 4 posts
Sponsored by Baratza