dsc wrote:You are aware that it uses a high voltage power supply? I had an idea of adding a ring based one to my funnel, but in the end dropped that because of the PSU.

Yes, a 5KV one. The cost for both the ioniser block/spot and the the correct 5KV PSU comes to about £300 including VAT (I asked an antistatic company for a quote

I've not heard back from the company that make ring based devices - perhaps they through I was taking the mickey.


I agree, it also affects the way the extraction goes and has something to do with fines migration and moving them around in the basket

However surely in an ideal distribution there are no fines - just uniform sized grinds?

I can see that the same effect would occur that affects cereal packets ("contents may settle in transit")..
Barista - applied pre-emptive hydro-thermodynamicist.
(#208)
Top

Someone here mentioned shaking instead of stirring, so I tried it and I think it's working better for me. I just dose into a little plastic cup, put the lid on it, give it a couple of shakes and then dump it into the basket. I think it might do a better job of breaking up any clumps.
Jen
Top

...since I did my successful wire mesh conversion I have put away the needles and brushes, but I would still recommend my DIYed tool if you want to try a modified version of the WDT:

Tom, you are aware that your device has been banned under the Geneva Convention?


sweaner wrote:Tom, you are aware that your device has been banned under the Geneva Convention?

I agree that in a larger scale that's not the best thing to carry around;) unless you like people running away from you:)

Nickk1066 wrote:However surely in an ideal distribution there are no fines - just uniform sized grinds

This may be true for other forms of coffee brewing, but is almost certainly false for espresso. An espresso grind appears to be optimized by two particle size peaks: fines (~40um) and larger particles (~500um). Without the fines, it is hard to get good flow rates through the puck. You can see some particle size distribution plots on this thread.
John
Top

dsc wrote:You are aware that it uses a high voltage power supply? I had an idea of adding a ring based one to my funnel, but in the end dropped that because of the PSU.

I'm not sure were static electricity fits in this discussion, but, have you considered just connecting your needle to a ground. This is passive ionization and will help some... if your charge is above about 7Kv.

However, I work for the largest static control company in the world and have demo equipment available to me all the time. I have never found any need to try ionization (passive or high voltage) on my coffee. You might just check the ground on your AC circuit for your grinder. A well grounded, quality grinder should not have a huge static problem. My Mini doesn't and I live in Michigan were it's already cold enough to create static problems. I use a small Cuisinart grinder for my Chemex and static does hold the fines to the side of the bin, but is like this, kind of a way of keeping them out of the filter.

P.S. If your power supply is 5Kv it may or may not be for a shockless design bar.
Top

I thought that it would be a bit excessive (plus 5kV PSU in the kitchen didn't sound like a good idea), but during that time I was having major problems with static: 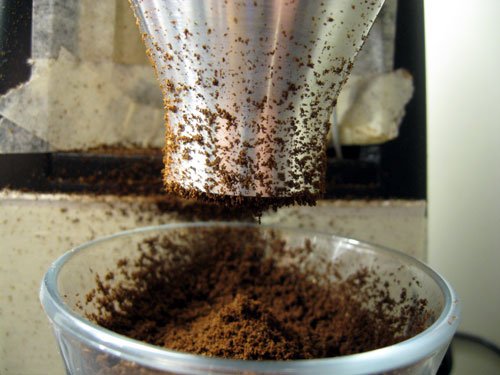 FYI everything was grounded, this is what coffee does sometimes and there's little you can do about it.

I don't have the problems any more so I don't really need a deioniser nor WDT to be honest.

Is there any conclusive evidence that extraction faults, including channeling, are caused by clumping during dosing rather than faulty tamping, a bad grinder, some fault in the shower screen (I suffered from this at one time).

It would seem to me that these types of faults would only be present if there were no tamp at all. Sufficient tamping force would almost certainly normalize any inhomogeneities in coffee distribution, would it not?

These are more questions than answers of course. Perhaps I've been blaming channeling and other faults on the wrong issue.
Top

dsc wrote:I don't have the problems any more so I don't really need a deioniser nor WDT to be honest.

Now that's what I call static. Glad the problem is gone.
Top
← Back •
By accessing this site, you agree to the site's terms of service. If you need help with the site, please contact us.