HB wrote:Mike wasn't reporting an isolated incident, I recognized the same thing immediately (I borrowed his machine for the revisted review). I don't recall reading reports of someone upgrading from Silvia and then claiming that their new machine was a step backward in this regard. I call it the "forgiveness factor" and that's not her strong suit. I've used the La Marzocco 3AV at Counter Culture Coffee before and after they swapped in a smaller diameter gicleur. The difference wasn't subtle. A similar analogy applies to Silvia versus other semi-commercial machines I've used. Of course, I'll add the usual caveat "your mileage may vary."

my mileage must vary. a lot.

i ran my 4-group with a restricting needle valve on one brew boiler and the other brew boiler wide open (no gigleur) and we really couldn't tell a difference in the shots. of course, this was a few years ago, before chopped portafilters, so maybe i need to re-examine this. i'd really like to see side-by-side comparisons on this, not just before and after comparisons.

fwiw, i still think the channeling issue mentioned is more likely due to operator issues than machine issues, especially as the problem is intermittent (25% of the time?). i wish folks would stop saying things like "slams the top of the puck" because that just doesn't happen.
Top

barry wrote:fwiw, i still think the channeling issue mentioned is more likely due to operator issues than machine issues, especially as the problem is intermittent (25% of the time?).

I agree, my point was that I've found some machines more tolerant of "operator issues" than others. You aren't saying that all machines are created equal in this regard, are you?
Dan Kehn
Top

ah, okay. the way you originally put it made it sound like a negative against the silvia, which i don't think it is. i guess one man's "fussiness" is another's "performance".

if one wants a tolerant machine, get a briel lido.

btw, jimmy vasser once said that he felt alex zanardi's car setup was "uncontrollable" (the year zanardi ran off with the CART championship). some have said the same thing about schumacher's setup. the F-16 is dynamically unstable and requires a computer to stay in the air. the Fokker Triplane was damned near uncontrollable, too, but was perhaps the most agile fighter of WWI.
Top

Couldn't agree more. Even before opv mod with my Silvia running 16bar (no flow) I rarely saw a channeling spray, not even close to 25%.
Mike McGinness, Head Bean (Owner/Roast Master)
http://www.CompassCoffeeRoasting.com
Top

Compass Coffee wrote:Even before opv mod with my Silvia running 16bar (no flow)...

I don't understand why you're quoting the pump's max zero-flow pressure. Depending on the volume of the extraction, the effective brew pressure is considerably lower than 16bar. The thread Recommendations for pressure setting on OPV requested offers background information on why (including a mini-calculus lesson by Professor Jarrett). You may have been pulling 9bar shots all along, OPV mod not withstanding. 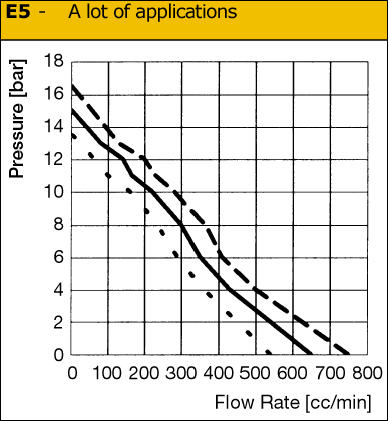 HB wrote:I understood you correctly. Some of the skills from apprendicing on Silvia are transferable, but a lot of the ones that are the most time-consuming to master like temperature surfing aren't. HXs have their own brand of temperature surfing that have no relationship to the term applied to Silvia. Claiming that using a difficult machine hones your skills better is akin to claiming that driving difficult to control cars on the race track makes you a better driver.

Again I disagree. Temperature surfing is temperature surfing whether Silvia or HX. Sure the trigger points and timings different but the end goal the same. From personal experience hosting and attending home roaster gatherings which include many bringing their respective espresso machines and trying each others out it's easier for an experienced Silvia surfer to go to an HX than an experienced HX surfer to go to a Silvia (HX surfer without previous Silvia surfing experience). Maybe even more so learning to properly prep PF to pull consistent decent naked shots on a high pressured 16bar Silvia directly transferable. Hence, my belief the skills learned from Miss Fussy valuable and transferable. If the trials and tribulations of learning a Silvia make for a more quickly adaptable person on the handle of the PF seems there's value there to me.

Driving a difficult to control car to it's limits and beyond would at the same time expand, push and hone the driver's skills making them a better driver. Quite beneficial when a previously tuned and easily controllable car becomes suddenly untuned because of equipment failure or jostling or accident or changing track or weather condition so now the car tough to control yet the driver experienced with such a difficult handling car instinctively compensates and stays in the race, not an uncommon occurrence.
Mike McGinness, Head Bean (Owner/Roast Master)
http://www.CompassCoffeeRoasting.com
Top

The whole "learn on a hard to use platform" theory is something that I've heard applied in other areas and in general I tend to disagree with it in all areas. I've seen it proposed in education, in driving, in cooking, in photography and in music. I don't feel it works anywhere.

First - doing so is incredibly frustrating and is likely to result in people giving up. A learning curve that allows for early positive feedback results in increased confidence which results in more effective learning and a willingness to fight through plateaus in development.

Second - learning skills that will be unneeded as one progresses is, IMHO, a waste of time and energy.

Third - in general, hard to use platforms tend to teach people to develop work-arounds and bodge solutions that become engrained and turn into bad habits once not using that platform. The unlearning process is usually harder than the learning process.


With espresso in particular I find that there is an additional flaw in the argument. The most common challenge for beginning baristas is not knowing what good espresso should taste like. This is a complaint we hear over and over again. The "if it tastes good to you it's good" argument fails for these people as the espresso is rarely good tasting for them early on with hard to use platforms. As a result, people tend to become calibrated to "acceptable" espresso rather than good espresso and often start drinking espresso in other forms that are more palatable (with sugar, in milk, etc.). People also tend to gravitate towards a particular type of espresso - a forgiving, darker roasted and low acidity coffee. Over time, people start to associate the flavour profile of this "acceptable" espresso with high quality. In other words, they lower the bar. This, to me, is the biggest problem with the argument.


In general, I think it is unrealistic for those who have fought through the process of becoming a barista on a "hard to use platform" and become successful despite the challenge to claim that this is the best solution for everyone. Just because you ended up being a barista - despite the challenges and despite the additional arbitrary hurdles you crossed - doesn't mean this is the best solution. There are a ton of good baristas out there who have never used such a machine.

Making it harder on yourself than it needs to be seems, in conclusion, to be unnecessary, counter-productive and at some level masochistic.
"Taste is the only morality." -- John Ruskin
Top

malachi wrote:Making it harder on yourself than it needs to be seems, in conclusion, to be unnecessary, counter-productive and at some level masochistic.

Come now, haven't you ever heard the philosopher say: "That which does not kill you makes you stronger"?

Actually, I'm with you on this one Chris!

This thread reminded me of a conversation from my past. In my pre-espresso days, or what my wife refers to as my "foolish youth" I raced motorcycles (before it started to hurt when I crashed!). One of the "older" riders (who in retrospect was probably younger at the time than I am now

) showed up at the track week after week on a vintage stock bike. Despite this, he gathered his fair share of wins. I asked him once why he didn't add all the popular performance mods of the day to his bike? I felt he might win even more races than he already did. I may have even offered to "teach him" how to do this. He studied me for a moment and then said "It aint' the tool, it's the man using it". Over the years, I've come to find wisdom in these words...

While I am sure that instrumentation and measurement is important in advancing espresso, taste is, by far, the guiding factor. Take the following hypothetical situation: You have two different espresso blends that perform at different temperatures, but you don't know what they are. Have someone (like malachi) that can taste the differences in temperature, and he will probably be able to get those different blends tasting as good as possible, just by tasting an extraction temperature that is too hot. Have the machine wired up with a thermocouple, and sure, you'll know that you are extracting at 203.56F, but if you can't taste the difference between that and 199F, it's absolutely no help. Now, I definitely can't taste that difference, but I'm working towards it (and it's taking forever! But the coffee is tasty.....).

Matthew
Top
← Back •
By accessing this site, you agree to the site's terms of service. If you need help with the site, please contact us .