I agree about the Triton scale; it's excellent. Another spec re scales that you might not think of looking into is how long they stay on and retain the tare setting after the tare load is removed. I have had some that turned off too soon, before I got back to weigh something. The Triton stays on for a fairly long time.
Top

I have been single dosing my Super Jolly for over a year, but always felt that it required a column of beans or weight on top to grind consistently. I tried tampers, weights, etc, but finally decided on using a 3 - 4 inches of beans in a hopper and a dark room timer. The timer is consistently accurate within +/- 0.2 grams. I then verify each shot by weighing the doses. I use a Harbor Freight scale, accurate to +/- 0.1 gram. It is cheap and cheerful at less then $10 using a 25% off coupon: http://www.harborfreight.com/digital-po ... 93543.html. 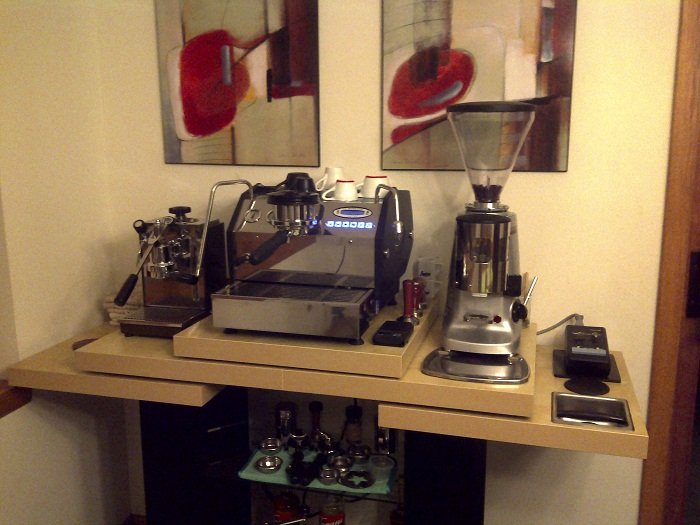 I like the T2 as well, but my favorite scale is the Palmscale 7.0. The Palmscale 8.0 is a actually cheaper, but I'm not sure whether the "hydro" cover can be removed.

It's incredibly fast and responsive, and very easy to read. The downside is that it chews through two CR2032 batteries pretty quickly, especially if you don't use the shortest time for auto-off. But for me, it's been the best all-around scale for weight grounds and shots.
Top
← Back •
By accessing this site, you agree to the site's terms of service. If you need help with the site, please contact us.