Ok so i just read some of the faqs and favs regarding distribution and the donut effect. I have a consistent donut effect and assumed it was from the slightly rounded bottom of my basket. I've heard I can solve this with a block of wood and a rubber mallet. I doubt it's my distribution as I WDT, then strike level with the back of a knife before tamping. My other concern is that my tamper is not big enough. I did measure it to be 58mm but there seems to be too much of a gap between the tamper and the edge of my NS basket when I tamp. How much of a gap should there be?
Top

No need to whack the basket -- don't even tap it, in fact. It could very well be the tamper, which ideally ought to have no gap at all -- but not so it gets stuck in the basket, of course. The common solution to tamper gap is the Staub (or NSEW) tamp: shift the tamper to press down at the four compass points, then center-tamp & polish. It has been described and discussed on other threads. May your donuts only ever be Krispy Kreme!

nixter wrote:I have a consistent donut effect and assumed it was from the slightly rounded bottom of my basket.

If you refer to premature blonding at the perimeter, that points to lost adhesion between the puck and sides of the basket. Tapping will do that or dragging/twisting the tamper. Another cause can be too much coffee. If the puck is touching the dispersion screen on lock in, the center usually gets the hardest compression since most screens are convex. One giveaway is when the donut starts to form on the left outer quadrant since the lock in "slices" overdosed pucks in that section the hardest.

I doubt an ill-fitted tamper or deformed basket are to blame, but you can try nutating / four-corner tamping to be certain (see Tamp and Dose Techniques Digest for more).
Dan Kehn
Top

nixter wrote:I've heard I can solve this with a block of wood and a rubber mallet.

I would think that would ruin the basket by distorting the holes and/or hole pattern.

Portafilter baskets can, over time, build up scale which is hardly visible with the naked eye BUT the sight was amazing to me when viewed around 20X magnification.
Skål,

roastaroma wrote:It could very well be the tamper, which ideally ought to have no gap at all

The study confirming this can be found where?

See Tamping Twaddle for pours with a 7mm gap.

After experimenting for the past couple of years with various tamper shapes and diameters, IMO, a flat with 1mm gap is hard to beat.
Ian's Coffee Stuff
http://www.ieLogical.com/coffee
Top

Touché, there are no studies, only anecdotal evidence. None of this can be considered scientific until results are reproducible with identical equipment and materials.

The thread you referenced did have one noteworthy caveat re the "no gap" tamper: the risk of a vacuum effect upon removing the tamper. That makes sense.

My own tamper, btw, is also flat with a 1 mm gap. I'll continue doing the Staub tamp, but I draw the line at wiping grounds off the basket right down to the puck edge. Nor will I ever use a gram scale to weigh my doses. We all have our limits.

I think the "donut effect" he is referring to is at the start of the pour, with the edges of the basket starting before the center. Correct me if I am wrong. One cure is to stop using the naked portafilter!
Scott
LMWDP #248
Top

Try down dosing. When I was fighting this problem 90% of the time cutting down the dose by a gram or so, grinding a little finer and tamping a little lighter made the problem go away.
Dave Stephens
Top

roastaroma wrote:The thread you referenced did have one noteworthy caveat re the "no gap" tamper: the risk of a vacuum effect upon removing the tamper. That makes sense.

Really? I thought it so laughably ridiculous that I could not bring myself to comment on it. Removing the tamper so fast it creates a vacuum that lifts the puck... Right. 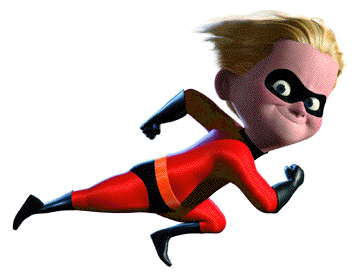 Of course it does : That's why the espresso sucks

Ian's Coffee Stuff
http://www.ieLogical.com/coffee
Top
← Back •
By accessing this site, you agree to the site's terms of service. If you need help with the site, please contact us.