I've commissioned Dave to make me some of his fine handcrafted woodwork for my Duetto portafilters, but I'm having the most trouble trying to unscrew the handles from the heads.

I've stuck the handles in a vise and turned, tried the heads in a vise, tried with my bare hands (which I should have known wouldn't work after the vise didn't), even tried some monkey wrenches.

Does anyone have any tips on how to do this? I'm trying to get the handles off the stock Izzo Duetto PF and a very nice LM PF. 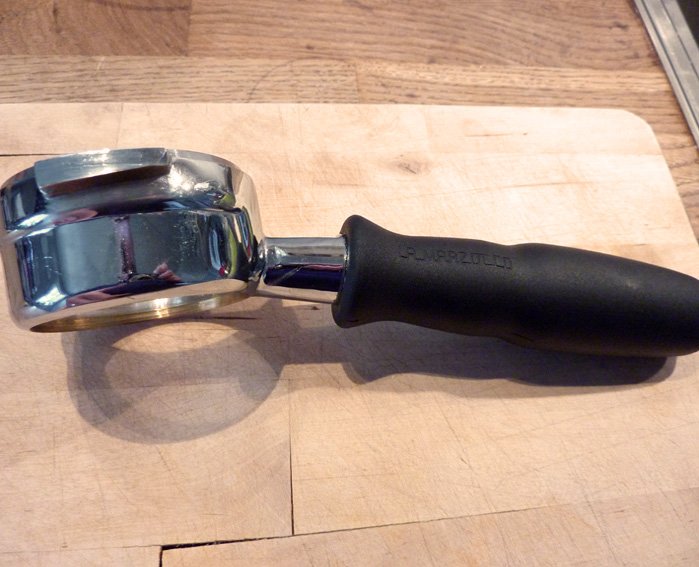 Is this some sort of glue holding it in place? 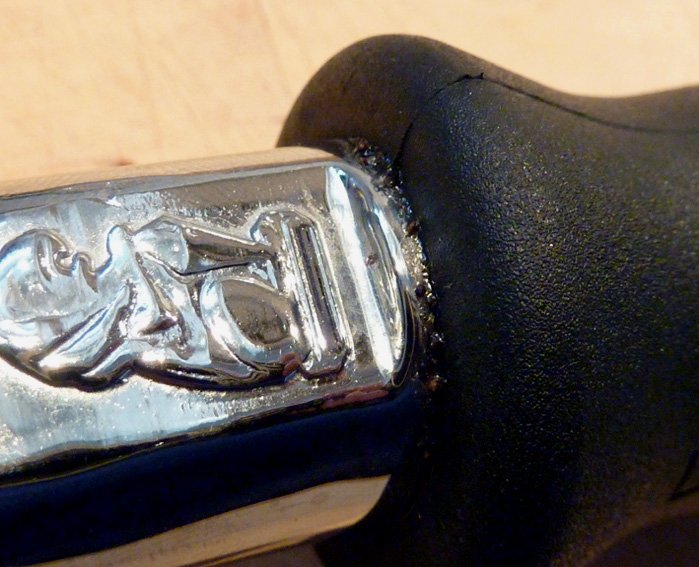 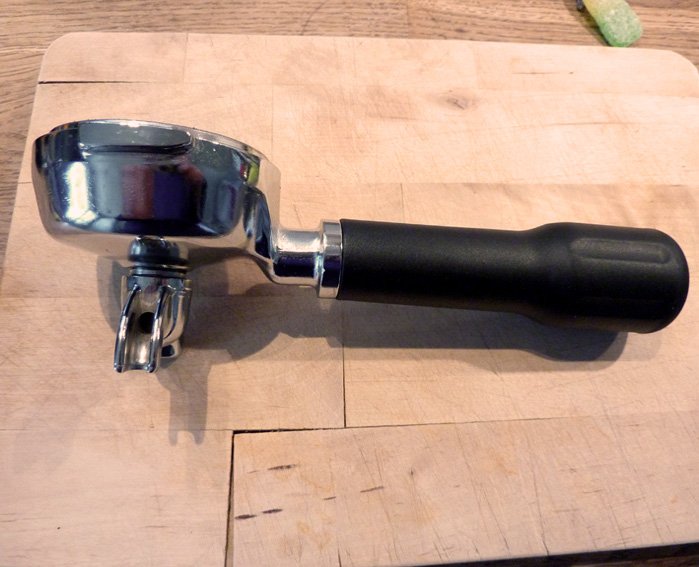 is there a screw under this cap, or is it just decorational? 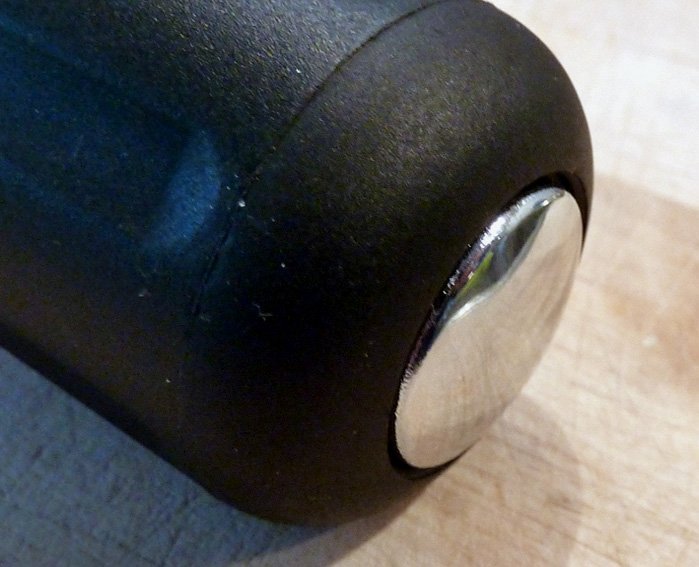 I wrestled with such an LM pf as well. The problem is that the handle screw is fixed into the thread with a threadlock (like loctite) - so my approach was to apply heat

I sliced away the rubber shell to reveal a hexagonal shaft and then took a gas torch to heat up the metal in short bursts (on the pf side, where the lion is). I guess a hot air gun would be better suited, but the gas torch did the trick as well. As soon as the threadlock gets hot (above 150°C) it will loosen up and you can easily unscrew the handle (or what's left of it..). I also wonder if there's a more elegant solution to do this, but at least I got it off without damaging the pf "head piece".
I don't exactly know how the izzo handle is set up, but I've come across quite a few pf's that have a screw inside the handle to loosen it. So I'd definitely try to get that cap off.

try heating up the PFs in the group or in a pot of boiling water, it should be at least a bit easier to remove the handles. That's what I did on my Elektra handles and they came off pretty easily, even though they also had threadlock on them.

well I just stuck my LM PF under the heat gun at max for 5 mins, but I aimed the gun at the head only trying to not damage the rubber.

It would not budge even though the metal was hot enough to leave a small black ring on my bench. Gonna see if I can still manage this without any damage.
Top

lolgun wrote:is there a screw under this cap, or is it just decorational?

That's a D'oh handle, it does not screw off. Instead, remove the tab in the rear, unscrew the fastener, slide it off. I will not post a photograph of a handle like this I tried to screw off.
Jim Schulman
Top

I had one handle that had a 17mm hex recess in the end of the handle. I actually had a 17mm Craftsman hex key in my toolbox. The package for it said, "For Volkswagen transmission drain and fill plugs and other jobs that require a 17mm hex wrench." I tried it and I think I could have twisted the vise off my workbench trying to get that handle off. It never did come loose!
Espresso! My Espresso! - http://www.EspressoMyEspresso.com
LMWDP #644
Top

Concerning the LM portafilter. I just remembered how my bicycle mechanic used to get the rubber handles onto or off the handlebar. If you have a compressed air pistol available (e.g. at a fuel station), try inserting the nozzle between the rubber and the underlying steel rod and then give it a surge - that should make it pretty easy to slide off the rubber handle. And then you have the hexagonal rod exposed, so it should be much easier to get leverage to get that rod out.
Top

I was wondering if that OEM had a retaining nut under the cap. I have seen them like that before. The LM. I know I have made replacements for the angled PF and it just screwed off. The angle is in the female end in the portafilter head. I believe it used a fine thread M12 instead of the more common M12 1.75. They are headed my way so I will find out soon enough. Time to break out the acetylene torch

To remove the handle from the LM style p/f on my Speedster I wrapped the p/f in a towel, clamped it in a vice, heated the plastic handle with a 500* heat gun set to low & unscrewed the handle with a ratchet/14mm allen socket. I had hoped the p/f would accept the Cocobolo handle Dave had made for my Vivaldi but no such luck. The Vivaldi handle uses a 12mm X 1.25 threaded insert & the LM?/Speedster p/f takes a 10mm X 1.50.
LMWDP 267
Top

cannonfodder wrote:I was wondering if that OEM had a retaining nut under the cap. I have seen them like that before. The LM. I know I have made replacements for the angled PF and it just screwed off. The angle is in the female end in the portafilter head. I believe it used a fine thread M12 instead of the more common M12 1.75. They are headed my way so I will find out soon enough. Time to break out the acetylene torch

I'm glad that you have a torch!

please post some pictures as you disengage (read destroy) the handle from the head, it could be good for reference. I really tried to get the damn thing off without damaging it, but I don't think it's possible. Perhaps a LM rep could chime in here with expert tips or at least advise us on how LM makes these things impossible to get off?