I am still considering skiing (blind and possibly double blind) through a revolving door.... just in case.... You never know .... I might enjoy it

And I have bought one of these things - or ordered one.

It seems well made and I don't mind the airport problem, since these cartridges aren't too difficult to buy.

I certainly agree with Rob that I wouldn't for an instant think of replacing my Elektra or Cremina with the Mypressi, but it seems like the best on-the-road espresso solution for me. I don't really see it as anything else, except perhaps as a solution for someone who is not an espresso die-hard but fancies one occasionally - or has a friend who would when they pop round etc.

Many thanks to everyone for all the testing and reporting though. This and a Porlex should see me set for next year's bike rallies, music festivals, conferences etc.

JonR10 wrote:Maybe "diss" was the wrong word. It does seem to me like you are indicating that you believe it is fidgety or difficult to use, when I would argue the opposite (i.e. less fidgety than your typical lever machine).

Uh, I can't speak for YOUR "lever," but MY "lever" is operating quite well, thank you.

I can assure you, my Cremina is not fidgety, maybe just the operator.
It has a pretty easy learning curve. I'm just a bit less mechanical than many here.
Rob
LMWDP #187
www.robertjason.com
Top

IMAWriter wrote: I'm just stating that for all it's UNIQUENESS of the espresso delivery system, portability and such, lets not lose focus that it IS the uniqueness that has many here urinating in their britches.

If you mean that I can now pocket my espresso machine and drag it with me wherever I go, then yeah, it's that uniqueness that attracts me.

Two places that it will change my life are:
1. I tour a lot, sometimes for days, sometimes for months. Being able to go from hotel to venue to hotel to venue and bring my espresso kit along without wheels (I ride my bike, walk, cab, or ride along in a shared vehicle) in a box no larger than a laptop case (you should see my laptop case) will make the difference between having espresso at a gig and having to wait the eight to eighteen hours to get back to the hotel.
2. When I go to fencing events, many of them are week-long camping epics in which an electric outlet might be seen once, maybe twice that week if I'm lucky. Being able to make espresso with nothing more complicated than a kettle on a wood fire is going to be far better than the weeks past when I just had mokapot.

Yeah, I don't see it replacing my lever either, nor do I see it booting the super-sized two group outta the kitchen. But every time I leave my house from the time that my Mypressi arrives, I'll be checking; wallet, smokes, keys, cell phone, lighter, and... do I want to take the Mypressi today?
Espresso Sniper
One Shot, One Kill

Psyd wrote: But every time I leave my house from the time that my Mypressi arrives, I'll be checking; wallet, smokes, keys, cell phone, lighter, and... do I want to take the Mypressi today?

Don't forget to put you grinder and kettle in your pocket as well!

Like most of you, I have been following the buzz around the Mypressi very closely. A huge thanks to Dan and Abe for putting together a great series of photos and solid reviews about this product. I mean seriously, Mypressi vs. FB80 . . . awesome.

I pull shots everyday on an FB80, and am fortunate enough to live seven blocks away from said machine. As such, I have not yet been able to justify buying a machine and setting it up in my kitchen. I mean, really? 7 blocks for espresso (and free at that) isn't too bad of a deal.

That being said, I've been getting this "lever" itch lately. Maybe it's out of boredom, a desire to seek out a new challenge, or maybe it's because I found a loophole in that I don't "live seven blocks away" from a lever machine. However, I am living on a barista wage and while my customers do love me, and tip me well, and I am paid a decent wage for what I do for a living, most of the machines that I would consider buying are pretty much out of my price range. Two months rent for an espresso machine? I'm game, but only if you can convince my wife that it's a good idea too.

Okay, now this is a ramble and I'm not getting to the point. And here it is.

I like what I've seen from the Mypressi. I like what I've heard. Gonna take the leap and grab it, pair it up with the Hario Skerton and a kettle for now. I'm looking into the immersion boilers and had a question.

Would it save time and heat better if you could place the immersion boiler directly into the water chamber? Sort of like adding a heating element to your Mypressi, but one that is removable and plugs into a 110v outlet? Keep the immersion boiler in the chamber for a bit, heat up the metal, heat up the water . . . seems to make sense, but since I don't have one yet, I don't know. The only thing I would be worried about is how far the boiler heating element would stick out of the Mypressi water chamber and any melting/short circuiting that could come of it.
Top

I doubt any of the immersion boilers would be able to fit in the chamber. They need to be fully immersed or they apparently will burn out. I think the kettle is the best option.
Scott
LMWDP #248
Top

sweaner wrote:I doubt any of the immersion boilers would be able to fit in the chamber. They need to be fully immersed or they apparently will burn out. I think the kettle is the best option.

I would also be concerned about the plastic and rubber bits being exposed to an immersion heater. That said, I'll repeat my theory that an immersion heater could possibly be used with a small stainless pitcher to boil water for the Twist, effectively creating a tiny electric kettle.


IMAWriter wrote:Don't forget to put you grinder and kettle in your pocket as well!

I will always need a grinder no matter how I choose to brew coffee, right?
In this case maybe a small hand grinder would work well...

I have a briefcase thing that I may be able to convert into a travel espresso kit. I'm thinking I can get some closed-cell foam and cut out pockets for the Twist, some cartridges, coffee, grinder, and some way to boil water. It will end up being lightweight and portable (and very, very cool

IMAWriter wrote:I AM curious as to what a rank and file, less experienced espresso amateur will produce

I am a rank and file, less experienced espresso amateur. As to my quality standards, I find that only about 1 out of 50 espresso shops can make a drink that I consider good or excellent (more like 1:100 if outside the Northwest).

and it helped a lot when I got a burr grinder, but never could get it right.

With the MyPressi Twist, I could equal my favorite shop by the third time I used it. Aside from the no-brainer preheating, the only thing I had to do to dial it in was adjust my grind a little.

I suppose it is disconcerting, to those who have invested $1000 or more and have years of experience in perfecting their espresso, that anyone can now duplicate that with a $150 gadget

Although the nitrous cartridges are an added consumable expense, at only 40 cents each in bulk, considering present versus future value of money, my total costs will always be far less than a traditional machine capable of equaling the MyPressi Twist.

My only complaint it that the tiny O-ring falls off easily.

If you want to do air travel with it, just buy an airline type of inflatable life vest and you can carry four gas cartridges, two in the vest and two spares, according to TSA rules.
Top

Thanks Rusty for the feedback. For those who wish to continue the conversation beyond the scope of this Second Look, please reply to the Let's do the mypressi TWIST thread dedicated to owner comments. Thanks.
Dan Kehn
Top

About a year after the debut of the TWIST, Mypressi released the TWIST V2, an upgrade to the original model. I've been working with the unit for two months and have been impressed with its performance. In a sentence, the TWIST V2 delivers consistency with no fuss. That may have to do with improved temperature retention in the water chamber due to new insulation material. In our review of the original TWIST we measured water temperature in the water chamber dropping from 200f to 195f in ~7 seconds when idle. TWIST V2 does that journey in ~17 seconds.

I asked Stephen O'Brien, Mypressi CEO, to list the improvements and changes in the new model and received the following reply:


Stephen O'Brien wrote:Many changes were made internally to correct occasional issues that caused a return, and we fine-tuned many of the tolerances. But the really nice features for customers are as follows:


To the casual observer, the unit looks identical to the original with one difference, the addition of dot markings around the water chamber cap. The markings are 1-4 placed at North South East & West around the cap. They are to be used as a "shot counter". That is, as you close the cap, you can point it to any of the markings to indicate whether it is the 1st, 2nd, 3rd or 4th shot. This feature was added to allow users to gage whether they need to change a cartridge before they pull a shot. 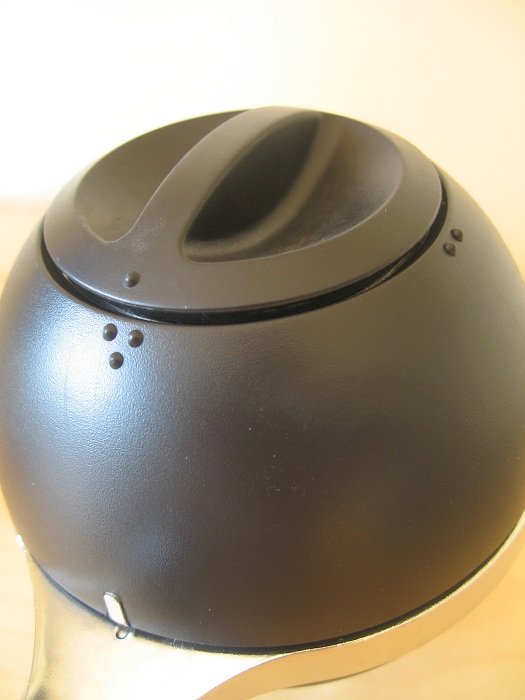 I didn't find the shot counter solution very helpful. I often failed to set it after I pulled a shot and lost count. An actual counter which runs automatically, is what that unit needs. I used four coffees to test the unit: Counter Culture Apollo; Counter Culture Aficionado; Michicha Natural (SO) and a home roast Sidamo (SO). All coffees produced consistently tasty shots. With the improved temperature retention, I simplified the brew procedure. Fill-up the water chamber with boiling water for 30 seconds to preheat it, empty it, fill it with boiling water and pull the shot. 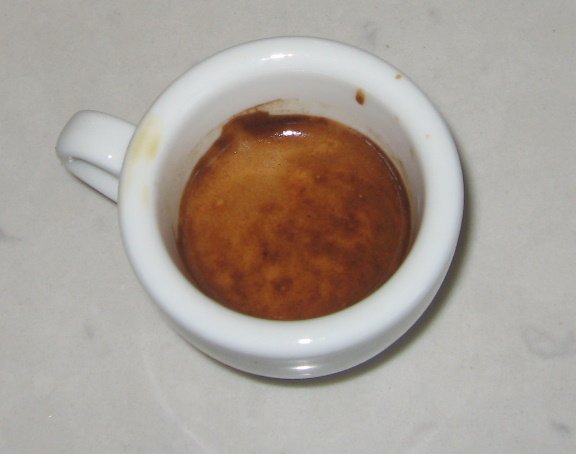 PS: For those who wish to continue the conversation beyond the scope of this Second Look by providing owner experiences, please reply to the Let's do the mypressi TWIST thread dedicated to owner comments. Thanks.
Abe Carmeli
Top
← Back •
By accessing this site, you agree to the site's terms of service. If you need help with the site, please contact us.