The Swift Mini has already been shipped to the next reviewer, Dave Stephens (cannonfodder), so this will be my last entry as reviewer.

I'm not sure what "plump" means applied to mouthfeel, but I'll go along with the rest (especially sweet orange, chocolate, and florals).

Since it's a lot easier to pick a winner in a side-by-side comparison, I pitted the La Marzocco Swift Mini against the Monolith Flat, a grinder known for consistency and friendly single-dosing. To avoid taste overload, I spread the testing over a week in a simple one-person format: Prepare two baskets with one discreetly marked, have a helper randomly place one in the portafilter, lock it in, and start the extraction. Since the first espressos of the day can be inconsistent (I blame espresso gremlins

), the first pair was tasted but no "winner" selected. The next pair would be compared and a winner selected -- only then I'd retrieve the baskets to check for the marked one and correlate with its corresponding cup. Over the course of seven days, I kept a win/loss tally sheet. 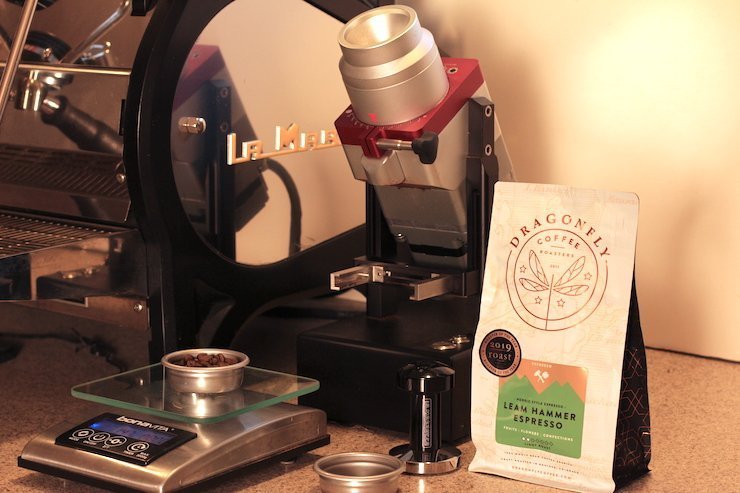 After four days, the Monolith Flat had logged three wins and one tie. But as the week ended, it was a lot closer, ending 5-3 with the Kafatek overall winner. I didn't score the espressos individually, instead I just picked the "best" based on overall taste balance, body, and sweetness. Despite what seems like ending in a near-tie, my impression was that for one or two days that the Monolith won, the Swift Mini's performance was the same as before, but the Monolith's was better than its other days, with sweeter, more balanced espressos leading to a win by a large margin. Perhaps the Monolith exploited the freshness of the coffee earlier in week? That said, on most days, the difference was slight; I would have had a lot more ties if the espressos were not immediately comparable.

Who should buy it

It's a shame how many would-be home baristas are disappointed by their everyday espressos because they haven't mastered the basics. It's nearly a crime how many small offices and small businesses with fancy, expensive espresso setups are pouring out bitter, overextracted drek only rendered drinkable under milk and flavorings.

For the latter group, the La Marzocco Swift Mini is a dream: It's easy to dial in, consistent, and nearly idiot proof.

For home baristas, the case for the Swift Mini is less clear-cut. Its design doesn't lend itself to the low volume typical in homes (i.e., 2-3 espressos a day) versus offices/small businesses that may have 10x that volume. But if you're the type that doesn't change coffees frequently, you have "low skill" family members who wish to make espresso beverages easily, and you'd welcome fuss-free espresso preparation, the Swift Mini is definitely worth considering.

Credit: I borrowed the idea of this last section from Jim Schulman's review writeups.

PS: Some videos from La Marzocco that may be of interest, though they're dialog-free with looping background music. I recommend turning off the sound and changing the playback to 1.5x normal.

Walk up, insert portafilter, push button, put portafilter in espresso machine, make espresso. That is it. First coffee of the day, no worries, in a semi vegetative state at 5 in the morning; the mere fact that you made it to the machine means you are awake enough to make espresso. 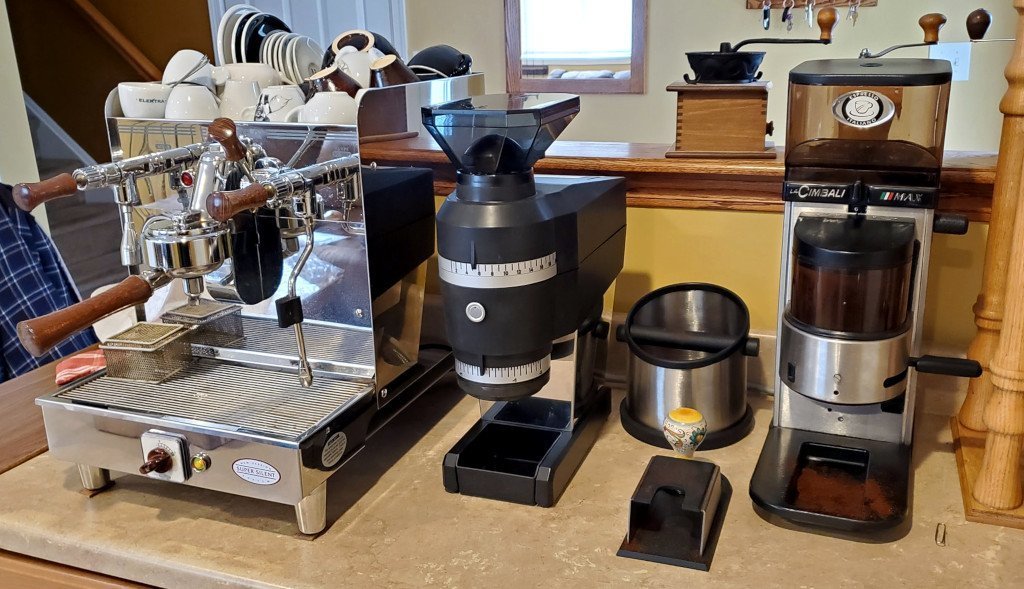 Dave Stephens
Top
← Back •
By accessing this site, you agree to the site's terms of service. If you need help with the site, please contact us.