I have an acute reduction of water pressure from the pump. Formerly pumping about 9 bar, it has now suddenly dropped to around 4-5 bar.
Some relevant info for diagnosis: Before I order a replacement, seeking advice from the community if this could be due to something else? 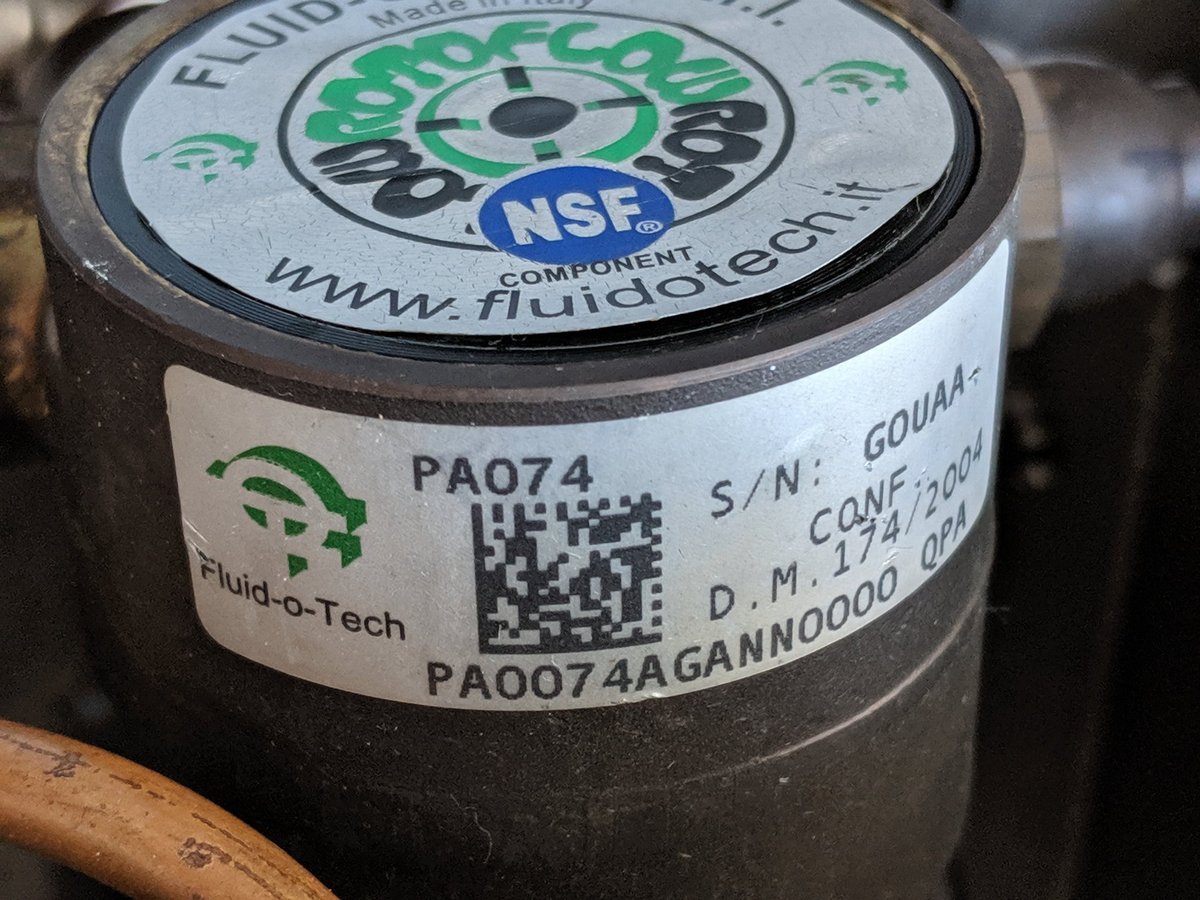 Does it sound the same?
Very often, strange behavior in a rotary pump follows a period of strange noise if the pump has been starved for water.
You say the pump's pressure is lower, but pumps don't really create pressure, they create flow. They are affected by pressure if their flow can't easily escape. Can you confirm that the water isn't escaping somewhere? ie. no flow through head, no flow through OPV? If it's passing the OPV at 4-5 Bar, the OPV is the problem. If it's flowing through your coffee and portafilter at 4-5 Bar, the grinder's the issue. If there is absolutely no flow escaping the closed system downstream from the pump, then you can narrow the problem down to a problem within the pump itself. Removing, examining and reinstalling the pump bypass relief may get it working again if it's simply held open by some hair that has made it into the system (seen it... Ick).
Top

OPV issue is definitely the most likely cause. My machine had a very similar problem where it would only get to 4bar. Replaced the OPV and it corrected the problem. Is there water/steam being discharged back into the reservoir? That would tell you straight away.
If the problem was with the backflow/check valve, then the pump would not be able to make any pressure at all and would just keep running.
Top

As suggested above the OPV will be the first component to test,
but depending on the version of domobar you have you might or might not be able to reach the output hose of the OPV,
if so or even not so but you can see it in the discharge drawer,
simulate a back flush
and adjust the by-pass screw (not the pump by-pass one)
screwing it in will increase the resistance of the spring,
if no changes before looking into other possibilities,
\open the OPV and check the closing gasket and the seat on the valve body.
Stefano Cremonesi
Stefano's Espresso Care
Repairs & sales from Oregon.
Top

As Stefano stated, the first place to look would have been the OPV.
- unscrew using he large sloted adjuster and remove.
- remove spring
- remove piston
Check O-ring for damage and cracking. Look for signs of wear, corrosion, scale, and foreign matter on the piston as well as in the bore.
Espresso! My Espresso! - http://www.EspressoMyEspresso.com
LMWDP #644
Top

Guys, thanks so much for the good advice. I knew I came to the right place

Will try to look into this over the weekend.
Top

Indeed, it was the OPV.

I opened the OPV and it was scaled up (despite a recent descaling...).
After cleaning it up, I readjusted the pump pressure and OPV pressure with a blind filter.

All running smoothly now...
Top
← Back
By accessing this site, you agree to the site's terms of service. If you need help with the site, please contact us.