Really cool project. I think that if I ever came across an old lever I'd take on that project as well. I still haven't even had to chance to pull a shot on a lever machine yet!
Top

So We've been on a hiatus for a little while due to a few commitments but we're now in the process of cracking on with the rebuild.

This weekend we sprayed the frame and we're probably going to start rebuilding the boiler and fittings next weekend.

One thing we're quite literally stuck on at the moment is the spring levers. We've purchased new seals for the spring lever assembly but are having trouble removing the gaskets holding bronze head on the bottom. Another user (jkimpossible) seems to have had luck with a special bike tool (parktool HCW-5) - see here Rancilio Z9 Lever Single Group Rebuild Project. I'm just a little unsure how this thing is meant to be separated. Can anyone assist with info? Edit: All good - we managed to find a friend with a vice who kindly helped us disassemble the groups.

A few update photos below. Now the difficult job of plumbing and electrics! 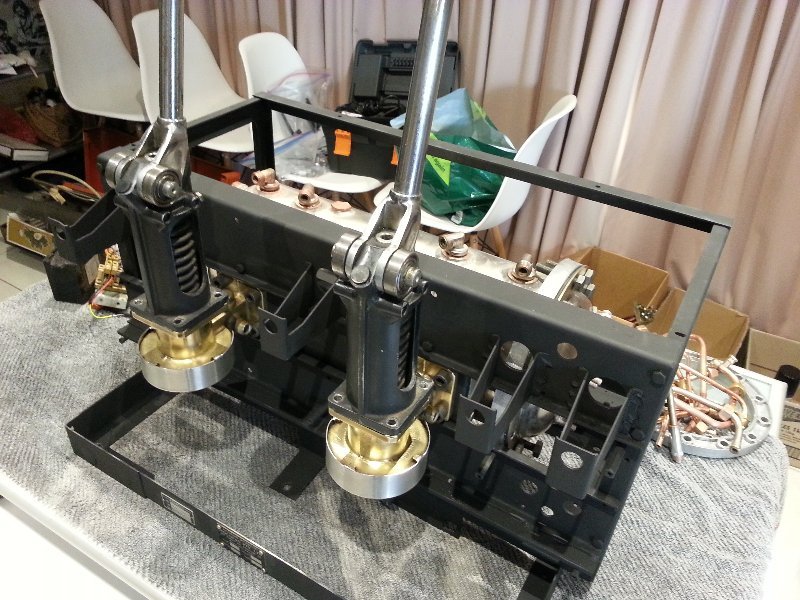 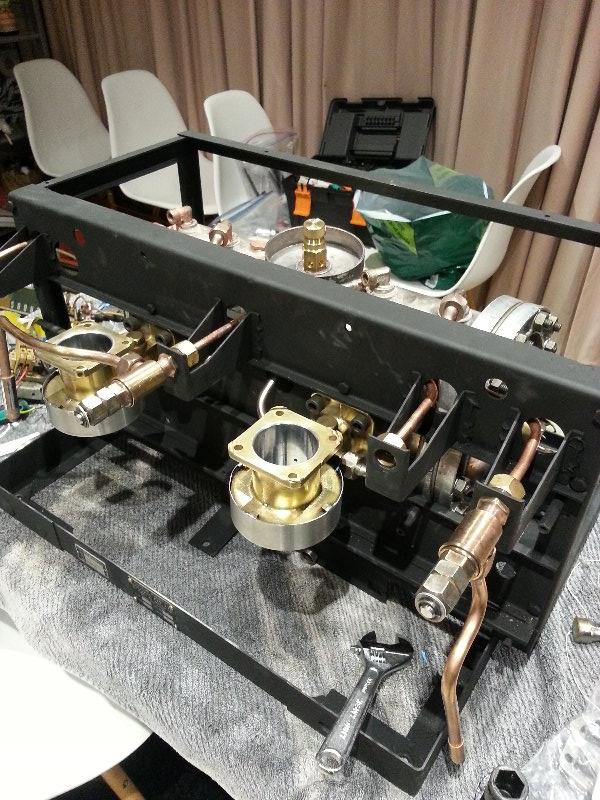 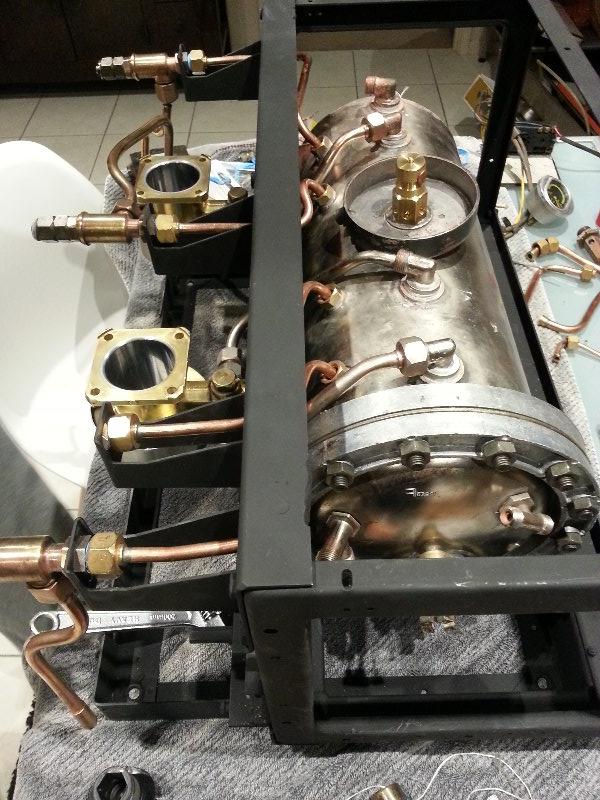 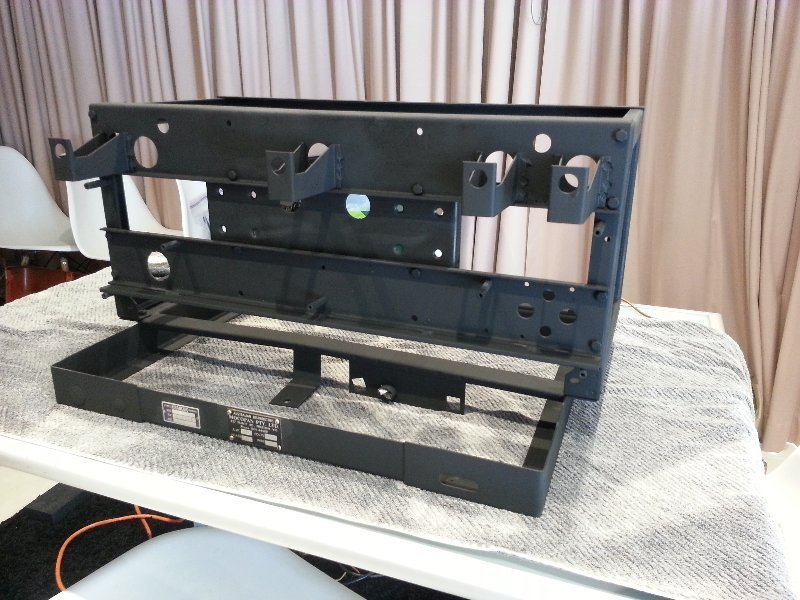 Quick update. We're moving slowly with the machine but we're nearing the end. We had to source a new pressure gauge that would fit the machine. Unfortunately we could only find a double gauge with two pipes:

Does anyone know what we could use to plug the unwanted 2nd hole?
Top

*Update one other question added.

So it's been a while but we've made some slow but steady progress over the past few months. We took a few breaks from time to time but finally we're on the home stretch with our Z9 restoration. This weekend we managed to bring on board some skilled friends and family and wire up the machine!

Below are some pictures.

Our electrical engineer and electrician friends have tested the old electrical components (PSTAT, wiring, auto-fill device) and they all appear to be in great working order. So for the time being we've decided to keep these and replace components as we go. We'll potentially swap out the mercury PSTAT for a Sirai at some stage but given the existing one appears to be in good working order we're gonna see how she goes. Ignore the yellow tags, these were just to help navigate as we did the wiring.

We do have a few new questions that we're hoping people can help us with.

1. We've wired up both elements (we were originally thinking about wiring up just the one to reduce ampage) but the electrician has advised that the circuit should be able to handle both. If we do decide to only use the one, can people foresee us having issues getting the machine to pressure? What do people think - one or two elements, and why?

2. We were thinking that we're going to need to purchase a water pressure regulator valve to sit between the machine and the water mains. Is this necessary or can we connect straight from the mains?

3. The manual water fill knob seems to be set very hard to the right which means it only has a small space to travel (and therefore some concern that it won't open the valve enough). Does it need to be able to open fully in order to do its job?

4. One thing we've noticed from the beginning - there's no drain pipe/outlet for the boiler. Is that normal for these old machines, and does it matter? I guess you'd just 'drain' it by flushing water through it when it's turned on, but mainly just asking out of curiosity.

5. On the topic of the Gigar (auto-fill device) - we've tested the old model (RL40) it and it appears to work. We have however also purchased a newer unit (RL30) but we can't seem to source the plug-in base or base station that it mantles into. The RL30 has spade terminals which don't fit the old base station. If we did want to replace the old for new, do people have any recommendations for how to mount it to the frame/machine in the absence of the base?

6. For anyone who has similar experience restoring one of these beauties...any practical advice on how to go about starting them up for the first time?

7. We previously received some feedback from another Z9 restorer that their machine couldn't build up pressure in the boiler, and they believed the culprit was one of the unconnected terminals on the rear of the pressure gauge, which would let out pressure. We had to replace our gauge for a new, but could only find a double manometer that fit the machine. That means there's one unconnected terminal. Should this be a problem? Do we need to cap it?

O.K, thanks and look forward to hearing peoples' advice! 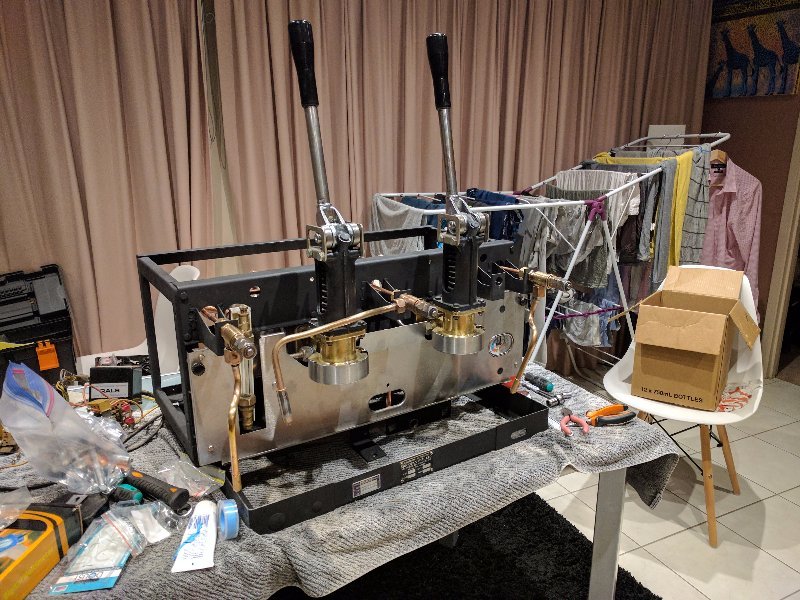 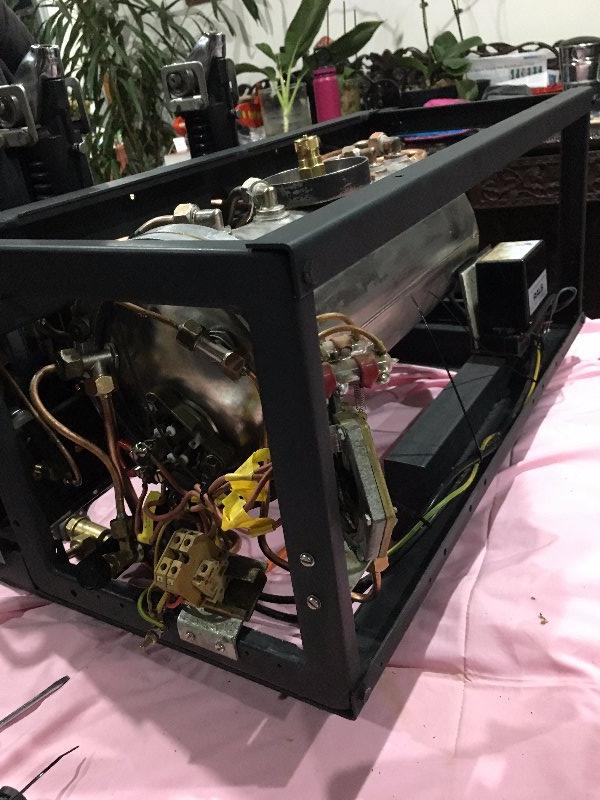 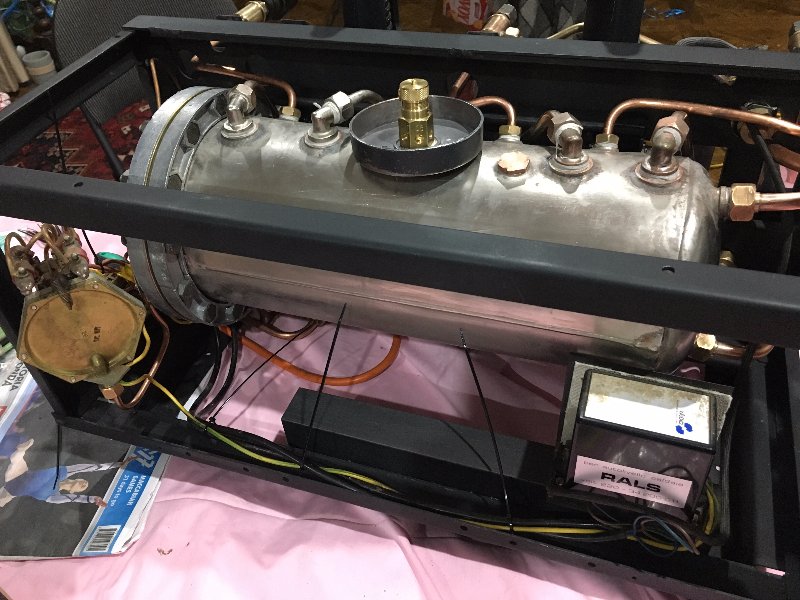 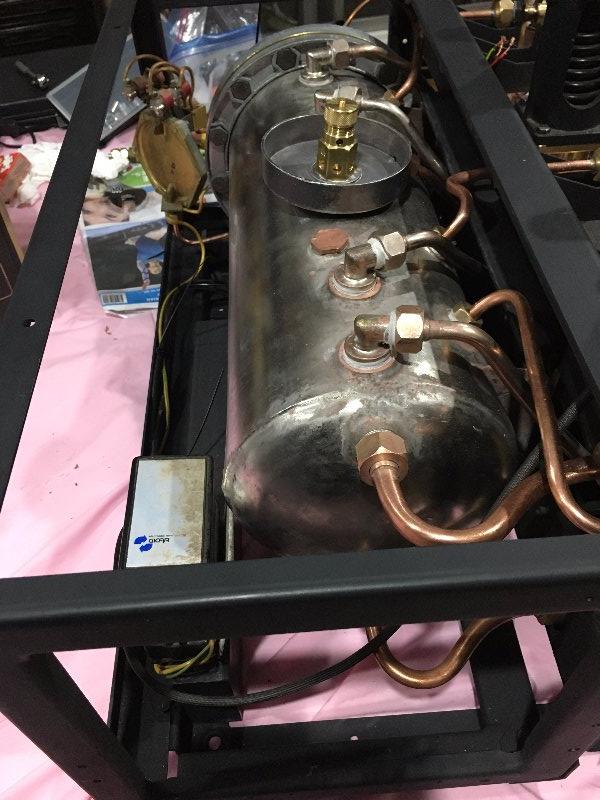 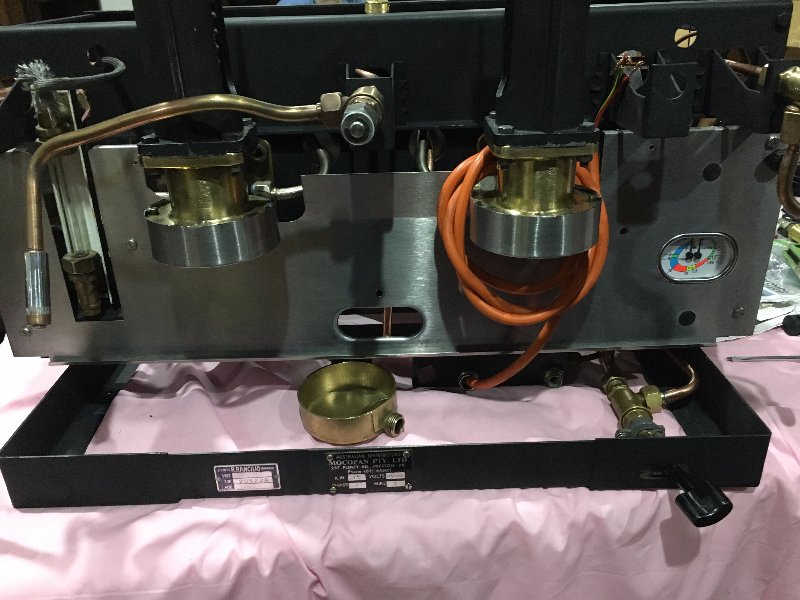 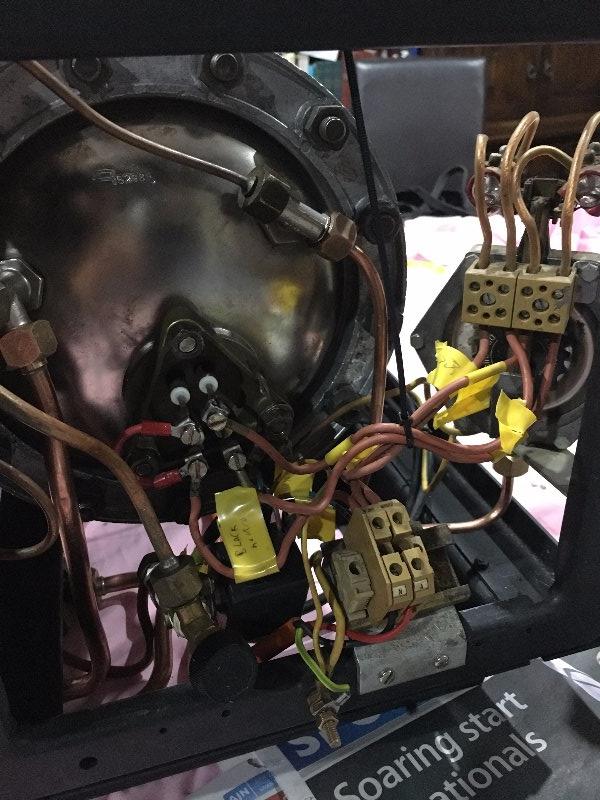 There's been quite a large gap between when I last posted on this project and now but I'm happy to report that we've essentially completed our rebuild.

I've posted elsewhere on some of the developments between last posting here and completing the project late last year, but if you have any questions or comments I'd love to hear from you.

For a glimpse of the machine in action, see here: http://www.youtube.com/watch?v=s6fqDnF6NxE

Cheers!
Top
← Back •
By accessing this site, you agree to the site's terms of service. If you need help with the site, please contact us.