I got myself an old Cunill Tauro grinder from 2002.
Except for lots of old coffe residue, it seemed to work, except for worn grinding burrs.

Bought new grinding burrs and installed them, but I dont think the grinder performs very well, it takes about 16 seconds to grind 16 grams of coffe for espresso.
I have had grinders before with the same size of grinding burrs (59 mm burrs) and they performed much much better.

I also notice that when calibrate it for espresso, it sounds like the burrs are touching each other.

Have I missed something or do you think I got bad burrs? The burrs was bought from ebay and was like 10 bucks cheaper then the rest on ebay.
Top

1 gram/sec isn't terrible and based on what I've read the Mazzer Mini is in that speed range. Regarding burrs, anytime I replace them I always seek out OEM burrs. Yes they will cost a bit more, but they are designed for a particular grinder and heat treated, etc. for performance/long life.

Does the motor sound fine when powered ON? Any noticeable play in the shaft where the burr carrier connects?
Top

The motor sounds fine when running freely and no play at all in the shaft.

Maybe I have to buy a new set of burrs from the same place I bought them for the old one I had.
Top

It also depends on the shape of the burrs cutting edges. There are different styles, some are more suited to cut coffee beans, some have better transportation capacity.

I worked for an espresso machine manufacturer in zurich, and i remember a lunch meeting with a guy from a very well known swiss grinder company who said that ceramic grinders were priced higher than steel, because nobody would believe that they are better than steel, if they were cheaper. And they are way cheaper than steel.... anyway, there are different grinders available... mostly...

For the scraping noise: you are better off trusting your ear more than the adjusting knob.
It doesnt get any finer than zero disk distance, even if your adjuster says '2'.

Adjust the grinder to taste, not to the indicated number, or coffee style.

Send some pictures of your grinder.

Thanks!
I dont check what it says on the adjuster, i just adjust to get 16 grams of coffe in 25 seconds. And it sounds like the burrs hitting each other when i have dialed it in.

Here is a picture of it 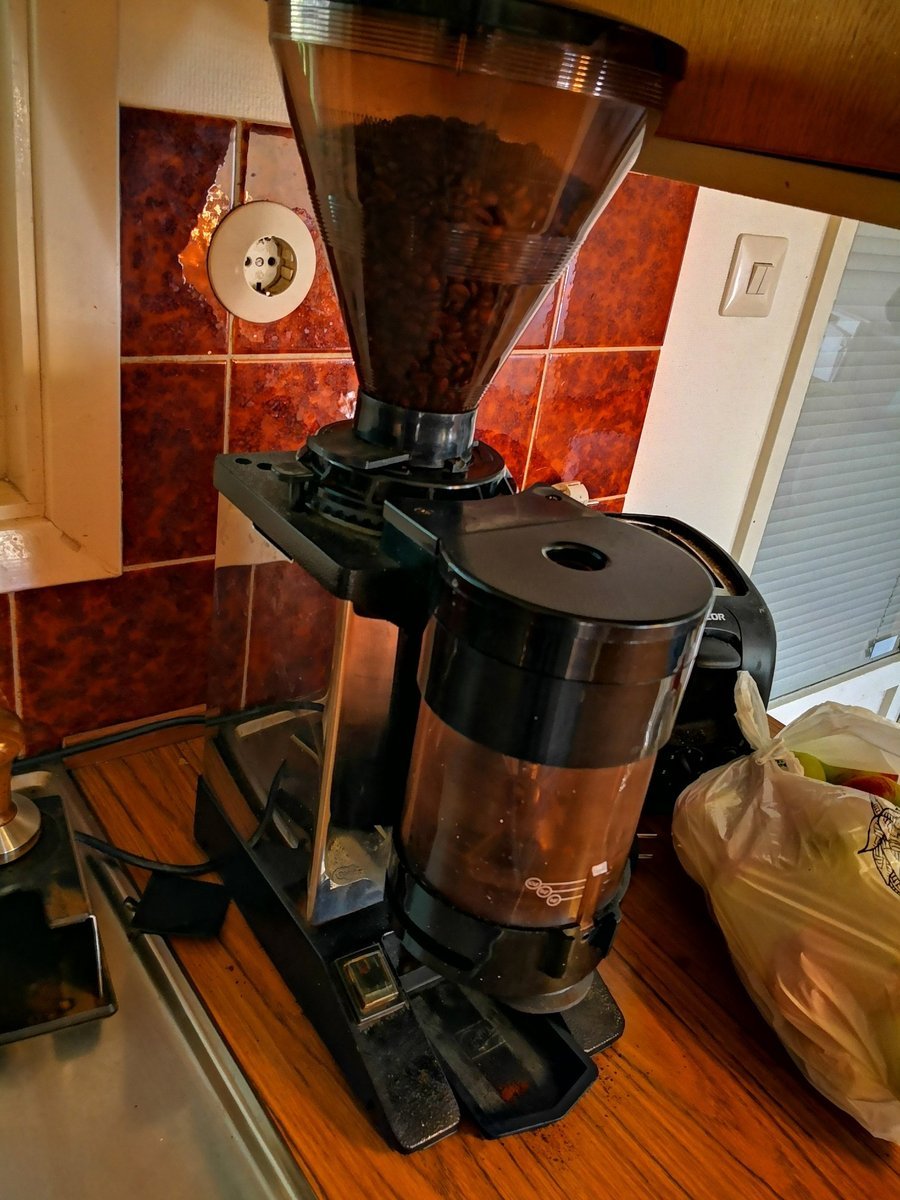 My guess is the burrs I got is not as good as the ones I had on my old grinder. Will probably buy new ones from the same place where I bought the old ones.
Top
← Back
By accessing this site, you agree to the site's terms of service. If you need help with the site, please contact us.