Hi,
I have a Rancilio Silvia and have searched this forum as best I could to find someone with a similar problem to mine, but didn't find any relevant post

As far as I could tell the machine was working perfectly until I decided to descale it with citric acid. While descaling, I decided to let most of the water out through the steam wand rather than the group head. Once I finished descaling I started noticing that while I turn on the machine for it to warm up, the steam wand leaks a tiny bit (see the picture).

Now, while preparing a shot, the flow through the steam wand doesn't increase! In about 30 minutes of preheating the machine about a drop or two exit.

Why do you think the leak started after the descaling process?!?
Is there another solution other than replacing gaskets or the whole steam valve? Is the machine "safe" to use with the leak? should I stop using the machine until I fix the problem? 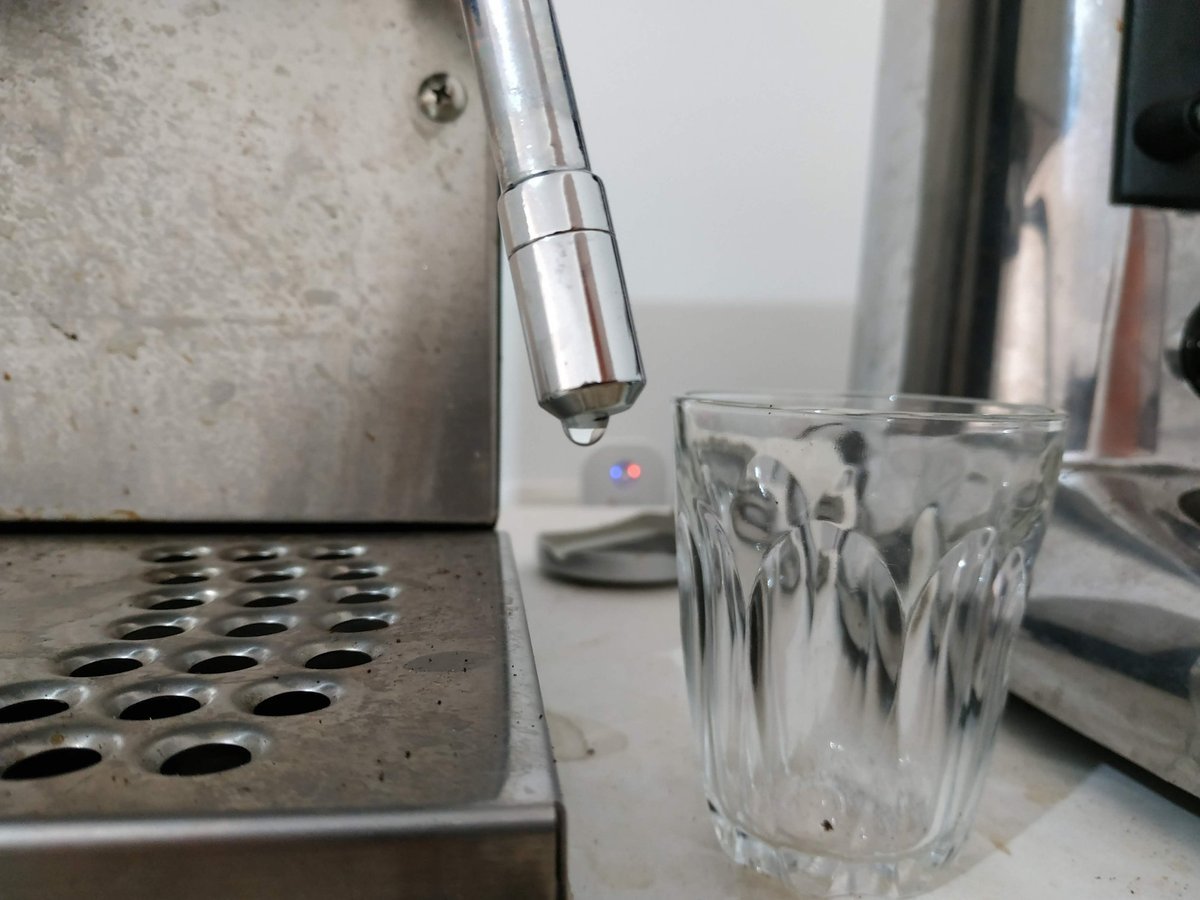 You could try to rebuild the steam wand. But I get about 10 times the amount of drip that you get from mine, always have, and it doesn't seem to affect anything. I just keep a little mason jar under it to catch the drips.


Thanks for sharing.
Did you ever try replacing or rebuilding your steam valve?
why do you think this is not a great deal to worry about?
Top

I would suggest rebuilding it. All it needs is the green gasket in the valve replaced, but you can get a whole Silvia Rebuild kit:
https://www.theespressoshop.co.uk/en/ca ... -4380.aspx
rebuild the valve with the 58 and the 59s, and have the rest of the kit to rejuvenate the machine as needed.
Top

I upgraded from the V1 steam wand a few years ago. It wasn't hard to do. I don't think it's that big of deal because it doesn't affect the taste of the espresso or the performance of the machine. I haven't done it mainly because I haven't felt like spending the time or money to do it. A lot of things drip, it doesn't mean they are broken.

Those following this thread may wish to refer to minnymoony's cross-post of the same question on CoffeeGeek to avoid needlessly repeating previous suggestions. To minnymoony, please review Why is cross-posting strongly discouraged? Thanks.
Dan Kehn
Top
← Back
By accessing this site, you agree to the site's terms of service. If you need help with the site, please contact us.