I'm guessing a 10 amp fuse is okay because it is more current than 8 amps and the point of a fuse is if you exceed the expected power something's wrong and you want to interrupt the circuit. Am I correct?
Gary
LMWDP#308

Correct, I think a 10 Amp fuse would be sufficient, but make it a slo-blow fuse in to prevent inrush current from blowing the fuse when first turned on.
-Chris

Let's see. Following the formula for Ohm's Law: V/R = I

~ 8 amps is the load under ideal circumstances. However, I would probably use a 12-15 amp fuse for a little margin of error. Your circuit breaker probably trips at 15-20 amps. If something shorts (a direct short), you should have plenty of draw to burn out a 12-15 amp use (or it will trip the circuit breaker). 10 amps might be a little close when you are pulling 8.3 amps consistently.

Also, keep in mind that Ohms law (strictly speaking) is for DC circuits, not AC circuit, unless resistance and impedance are exactly equal. In this case (i.e. the heating element), it should be pretty close, but you are still dealing with an A/C circuit that has a peak voltage of 170 with regard to the sine wave.

I think I would at least use at 12 amp fuse here.

Thanks, guys. Your knowledge alone is really helpful. Taken together really clarifies the practical issues beyond looking up the simplest explanations online. So a 12 amp slow blow electrical fuse is helpful along with a thermal fuse, and dual wiring is worse than single connections.
Gary
LMWDP#308

There's nothing wrong with "dual wiring". It's probably used on the space shuttle and certain deep space satellites - maybe attack helicopters; not sure. If I was building a one man jet pack and the loss of an electrical connection between the hand controller and the main ECU might cause me to fly out of control into the ocean, then, yes, I would seriously consider running dual wires...

The question here is: do you need it on your Espresso machine? That's up to you. If you like it, do it. I'm not trying to dissuade you from using it - merely pointing out it's a bit over the top.

As far as fuses:

10 to 12 amp electrical fuse - sort of redundant to the fuse in your house. However, if you are worried about providing extra protection for your machine, then I don't think a fuse is such a bad idea. Personally, I would use a fast blow fuse over a slow blow, or just stick with a regular one - or maybe one that only blows if Justin Bieber is also playing on the radio at the same time (your call). Or if you really want to get tricky, wire in a small circuit breaker inside the machine (again, a bit redundant to the one in your wall outlet).

Typically, with regard to fuses, they are used in electrical "systems". For example, my motorcycle or your car. It's a self contained electrical system. It has a battery and a generator, a regulator, etc. If something in that energy producing system goes astray, then you could suddenly have current flowing where it's not supposed to - and something has to stop that, or a fire (or sever damage) could result - stuff can catch on fire, melt, smoke, burn, heat up, etc. That's where the fuse comes in; it's the weak link and puts a stop to an out of control electrical system [which has taken on a life of its own].

Same for your jet pack. You might have a lithium ion battery involved and a bunch of wires. Should the vibration from flying over SF cause a short, you don't want wires arcing and causing a possible hot spot in your jet fuel tank which could explode you in the air - much better to have a fuse that shuts down half the electrical system or something.

Okay, when you plug your Espresso machine into your house, you also have a system: an electrical system between your home, the power company and your espresso machine. Power comes from PG&E through the master and subpanels in your house, through your wall outlet and then into the power cord and finally your espresso machine. All along this electrical system, there are already circuit breakers. There's one at your main power panel, one at the sub panel and also one at the wall outlet (most likely a GFCI). There's nothing wrong with having a fuse in your Espresso machine, but it's a lot different than a self contained system such as your car or something.

Basically, the wiring circuit inside your espresso machine is extremely simple. You really don't have a lot of fancy electronics to protect (like you do in your jet pack or the space shuttle). So having a fuse is sort of unnecessary, because if something shorts inside the Espresso machine, the wall outlet (or the sub panel or the master power panel) all have provisions to keep your house from burning down (and this extends over into your Espresso machine when you join the two by plugging it into the wall outlet).

The thermal fuse is a different story. It's there to monitor an out of control heat situation (typically due to loss of water inside the boiler). That is different than an electrical fuse, which is monitoring an overload of electrons flowing down a copper wire.

There's nothing wrong with putting an electrical fuse into the mix. But at some point, it's like putting 15 sweaters on to stay warm. Isn't 1 or 2 plenty? 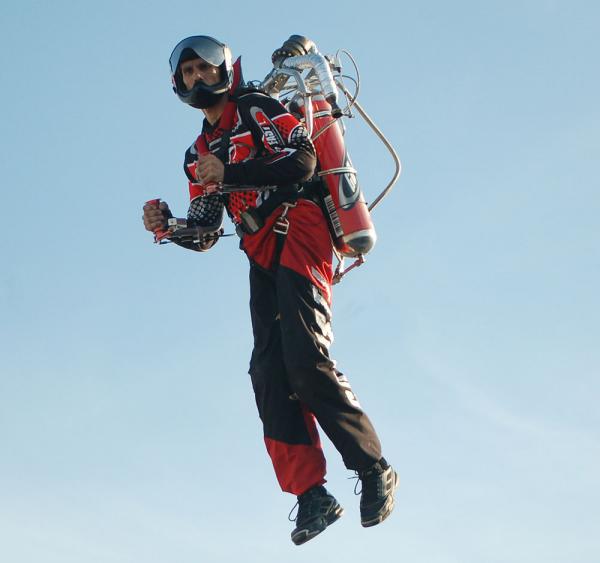 And from Chris's argument it seems dual wires could cause a problem, so I'll leave the wiring single.
Gary
LMWDP#308

I don't believe dual wiring should cause any problems (at least not that I can think of). From the standpoint of the electron, it doesn't really matter either way. However, it's also not solving any problems either.

RayJohns wrote:There's nothing wrong with "dual wiring"... ...If I was building a one man jet pack and the loss of an electrical connection between the hand controller and the main ECU might cause me to fly out of control into the ocean, then, yes, I would seriously consider running dual wires...

Actually, if you did need dual wiring, you'd want the paired wires running on separate paths for spatial diversity as well. I tried to come up with some scenario where that could somehow conceivably be applicable in an espresso machine, no ideas yet.

RayJohns also wrote:The question here is: do you need it on your Espresso machine? ... ...merely pointing out it's a bit over the top.


and then RayJohns wrote:...Or if you really want to get tricky, wire in a small circuit breaker inside the machine (again, a bit redundant to the one in your wall outlet).

If you seriously think you need the protection, then a circuit breaker (they make small ones for exactly this kind of use) is a better bet than a fuse. If the fuse blows on a Sunday night and you were already on your last fuse, no more espresso. However, with a breaker, you just reset it.

However, the point here is that espresso machines are actually pretty simple electrically and, other than the heater element and maybe the pump, don't draw much current. So, if you blow a fuse it is likely to be because of some total failure, like a broken heater element touching the boiler body. In which case changing the fuse won't fix anything. On the other hand, it could be water dripping on the heater element power connections. In this case, you stop the leak, dry everything and reset the breaker. You decide if it is worth the effort.

Unless you are lucky enough to have DWP or, and this is dubious luck, City of Redding power

Today I soldered the wire connectors, sealed them better, tied them together and added pilot lights. The lights are both red until the green ones arrive and I swap out the red one on the right for a green as a Power On light. I've chosen not to use the terminal block as this would have required fastening it to the frame and I didn't want to drill extra holes. I did slightly enlarge the holes for the missing name plate on the front in order to accommodate the miniature pilot lights. I treated the newly bare metal with Rustoleum and those holes will still work for a name plate if any later owner wants a more complete and stock restoration.

Following Ray's advice I got these inexpensive soldering tools, a butane torch and a solder removal pump. The torch can be fitted with a tip, with a focused flame or an unfocused one. The pump removes excess clumps of solder when they're still liquid. 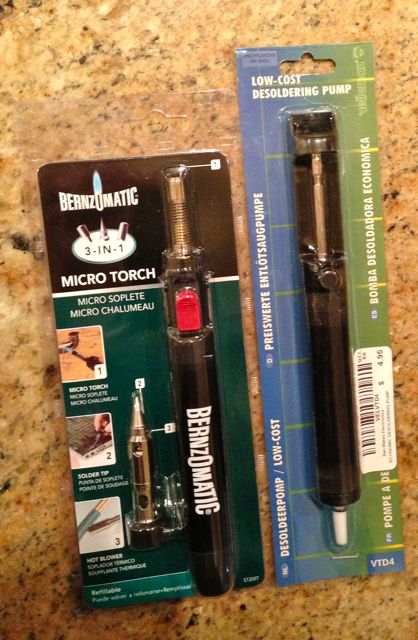 After trying the solid soldering head I removed it and found I preferred the focused microflame because I got much better feedback about whether my workpiece was fully heated. 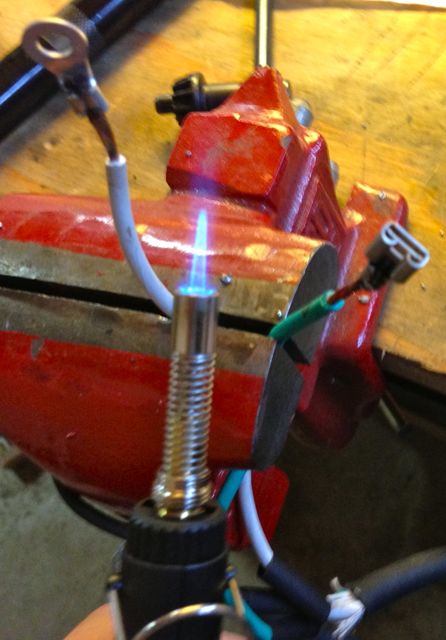 I was following the diagram Ray and erics provided earlier provided a few pages ago at Christmas time. To add the pilot lights I used female to branched male connectors. 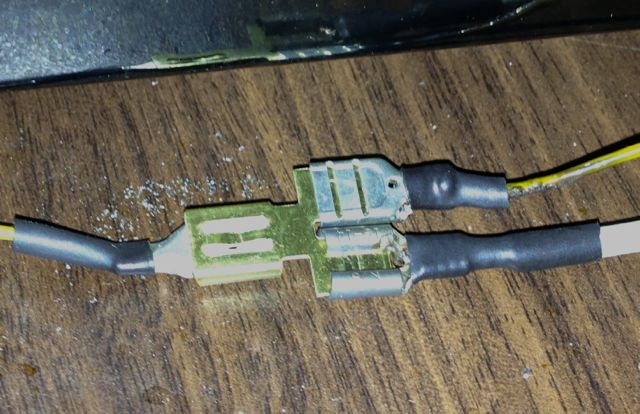 Here they are in place at the boiler terminals, where I branch off hot and common leads for the pilot lights. 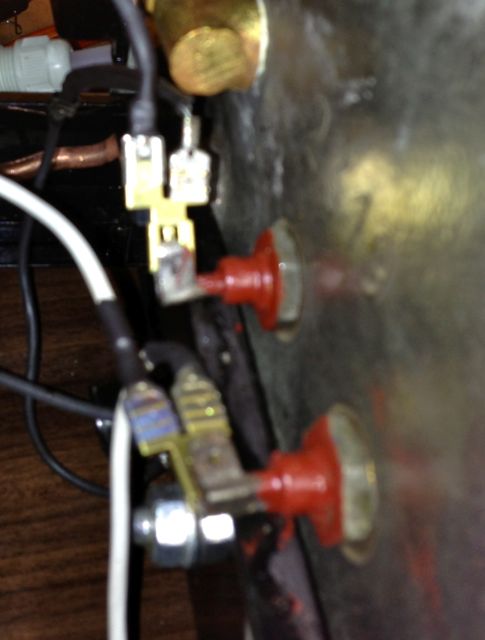 The first test worked. I was really pleased and am glad I now know whether the power is on or the heating element is activated. 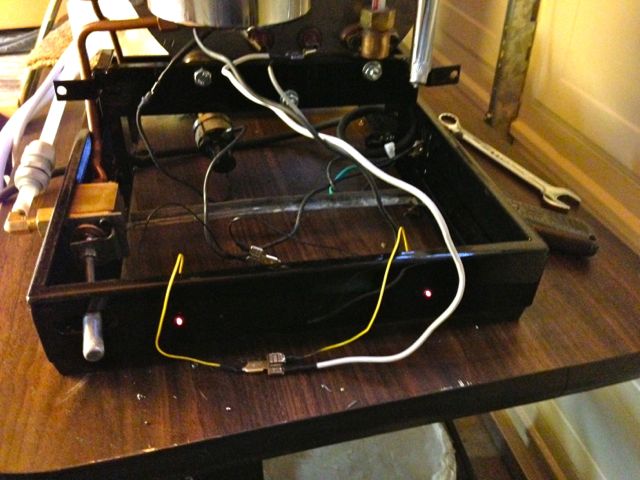 To prevent shorts I wrapped these ganged connectors with electrician's tape. 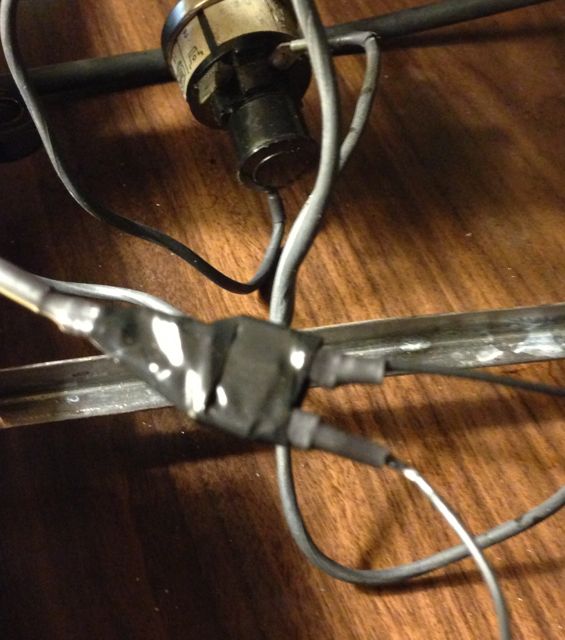 I used cable ties to help manage the wire clutter. Here you can see back and front views. I'm not fully tucking everything in place until I swap out one of the pilot lights and add the new PSTAT. Then I'll adjust wire length to make the installation cleaner. 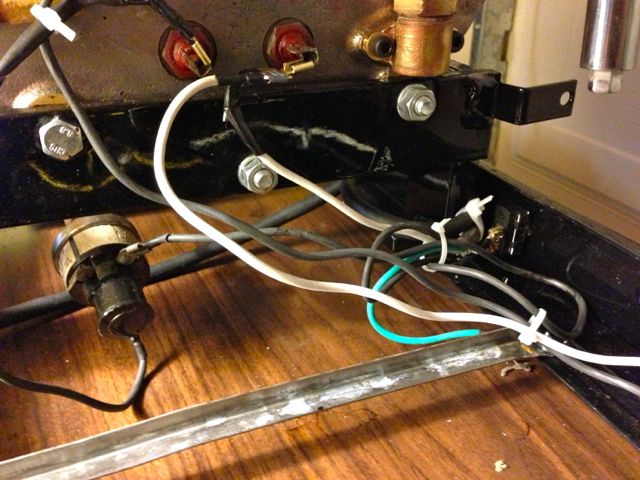 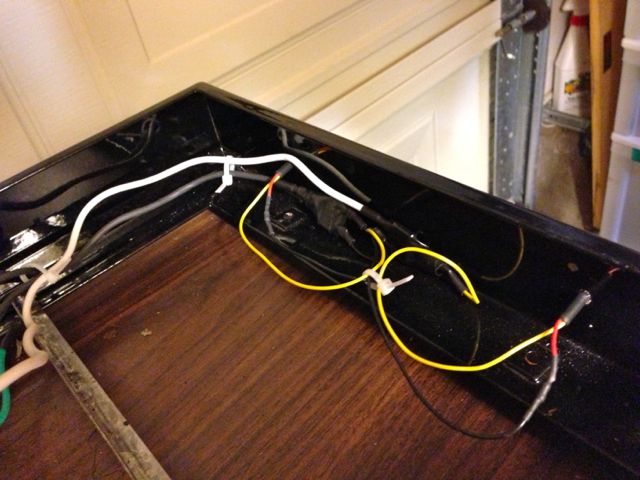 I've made more progress sourcing parts and supplies. I found a miniature ice tray almost the exact size of the missing drip tray. I've written to a supplier of cut steel pieces on eBay to get steel plate for the drip grate add-on bracket on the back. I received Loctite 567, which I'll use sparingly to secure the steam and water taps from rotating when the the knobs are turned. And the copper tube, caps and fittings have been forwarded from my old office address. I'll need those items to connect the vacuum breaker and the Sirai PSTAT as the Sopac PSTAT does seem to have a wide dead band. I'm continuing to test tightness of boiler bolts with a torque wrench and am watching other gaskets and such too. There are no leaks that don't easily tighten up. After those parts are done and I'll assemble the case and will truly be done. I'm already really enjoying this machine and have it starting on a timer that won't get it fully up to heat until I've installed the vacuum breaker.
Gary
LMWDP#308

Nice to see more progress being made. It sounds like you're getting close to the finish line