I think I'm as eager to see the Pestina produce shots again as I am to get shots out of my own rebuilt machines.
LMWDP #222
Live graciously
Be kind
Have fun
Top

Thanks, guys. Nice to hear from you, Clay. Tom, let me know if you ever get to the Bay Area and you can take it for a spin. Meanwhile I'm in an environment of leverability here with the MCAL completely dialed in on the Pharos and perfecting temperature controlled shots on the pre-Millennium Pavoni with thermometry. I'm about to the latter to try and reduce the magnitude of temp changes just as was done on the MCAL and will post on that soon. (Done!) Creating Teflon Gasket for Pre-Millennium La Pavoni The Prestina will get some more work soon and I'll post photos of progress.

It's was hard to get extended time today, so I organized the workbench and cleaned up some parts. My next steps are to identify parts used for the manometer assembly. Dave is sending me replacement gaskets for the water inlet valve. I'm waiting to install the sightglass until just before everything else is operational. This will protect it from breakage.
Gary
LMWDP#308

Here's the current state of the machine. This thing is starting to look like it can make coffee. 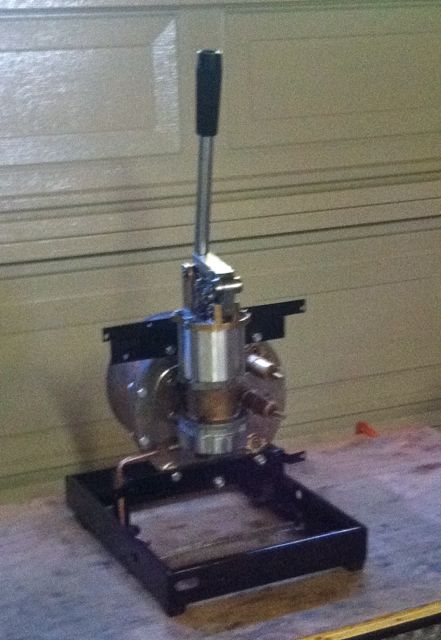 Looking good!! You've got some momentum behind you now. I bet you can almost taste it now

Today's project took several hours and involved figuring out placement of 26 parts to rebuild the valve and attach it. Again I've gone overboard documenting this in photos so others reassembling a Prestina will have a guide. Those helping me figure this out can check my work. This assembly will be told mostly by photos. The main pieces of the water tap are a cube shaped chassis block in the center that holds all the pieces, caps on each end, and a handle that presses a spring loaded valve body in the center to open it.

Some of the metal parts still had some scale that was polished off using a wire brush on a rotary tool. 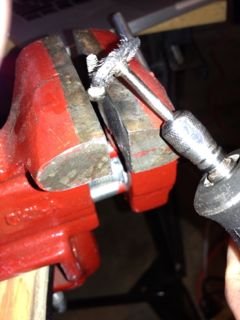 All soft parts were lubricated with food safe petrol gel lubricant (sold by 1st-Line Equipment) and all metal parts were coated in food-safe anti-seize compound or food-safe silicone grease (these last two products are a bit earlier in this thread). This is to help prevent corrosion and ease dissassembly and cleaning in the future. 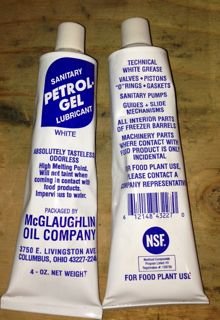 The first end cap I address is the one that meets the handle that opens and closes the valve. First I insert the o-ring. 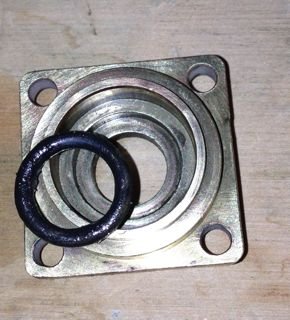 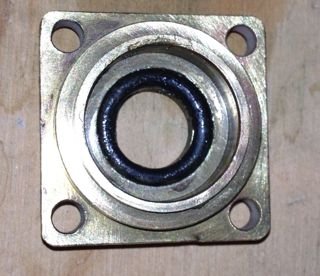 Here's the brass flange before insertion, 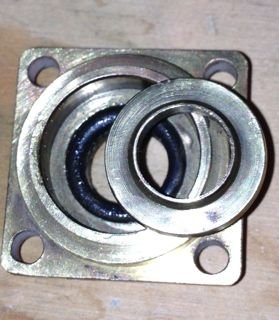 which I invert so the lip is facing downward. 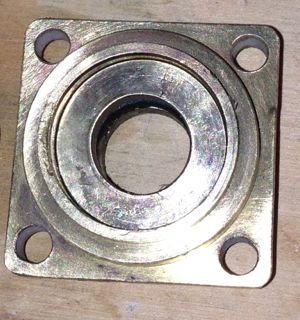 Next I insert a gasket, first showing that it has a u shaped groove. 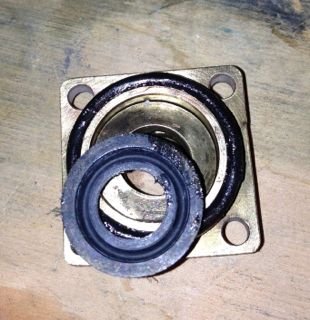 This is inserted with the u shape inward, following my disassembly photos. 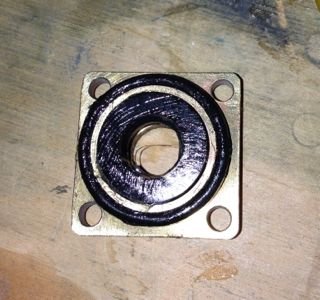 Here's the valve body that will be inserted in the main chassis of the valve and held in by the end cap you just saw assembled. 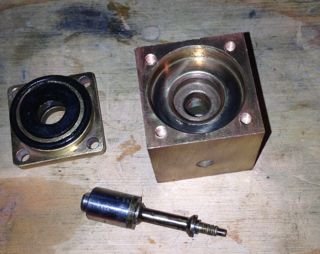 This is the valve body inserted. 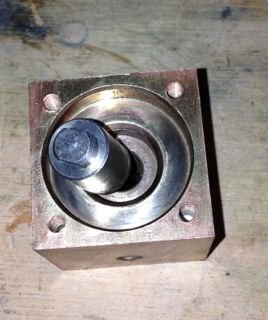 Now I fit the end cap to the cube-shaped chassis of the valve, 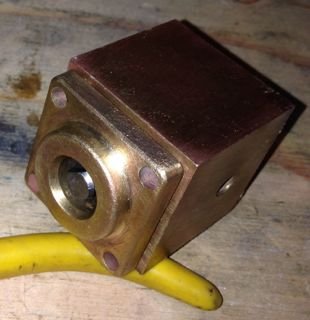 Next I assemble the parts of the handle, 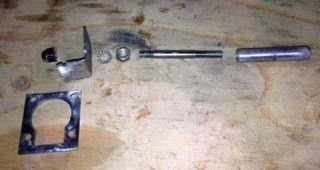 Then I attach the handle.

I later realized the hex screws are the right gauge and length but belong on the other end. These replacement screws fasten down with a an allen wrench and are easier to tighten down on the handle end. 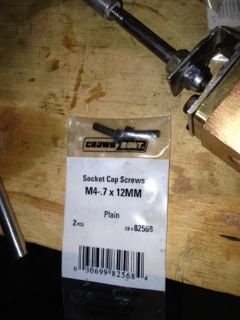 Now it's time to insert the strainer in the other cap and fasten it in. 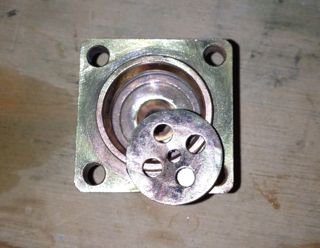 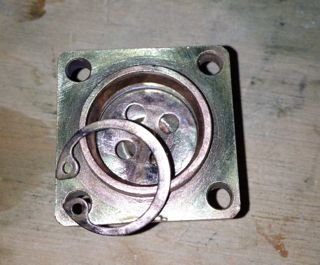 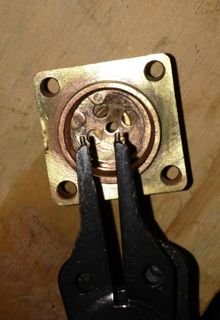 Here's the other side of the water inlet valve. Several pieces will need to be added before it can be fastened down with the other cap containing the strainer. 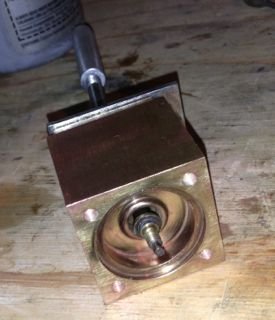 This part seats the valve body. 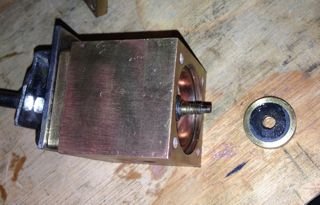 Here it is attached with the rubber gasket inward. 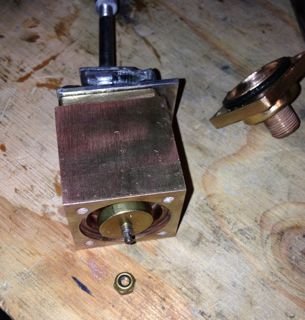 It's held down by a small nut. 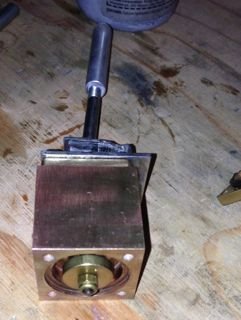 A spring returns the valve to the closed position. 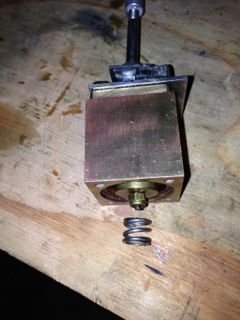 It's inserted over the nut, 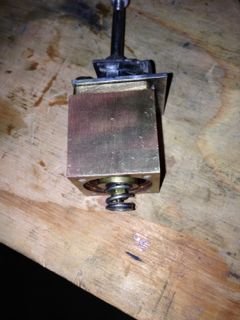 the end is fastened in place, 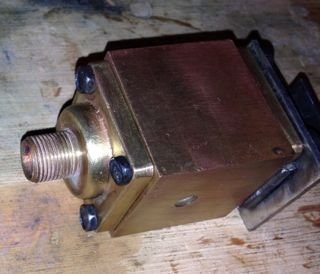 and now the valve's assembled, whew!

This looks easy when I put it in order, but figuring it all out, cleaning and lubing the parts took several hours. It was hard to mix and match the parts without more thorough disassembly photos. Lesson learned.

Next I positioned the water inlet valve on the chassis, 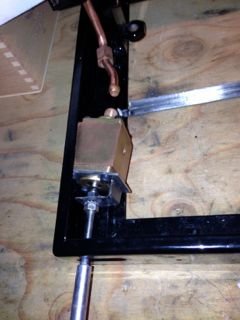 and attached it with the pressure fitting.

The next part is puzzling. I've checked my old photos and have the right pipe, the one that connects with the manometer. 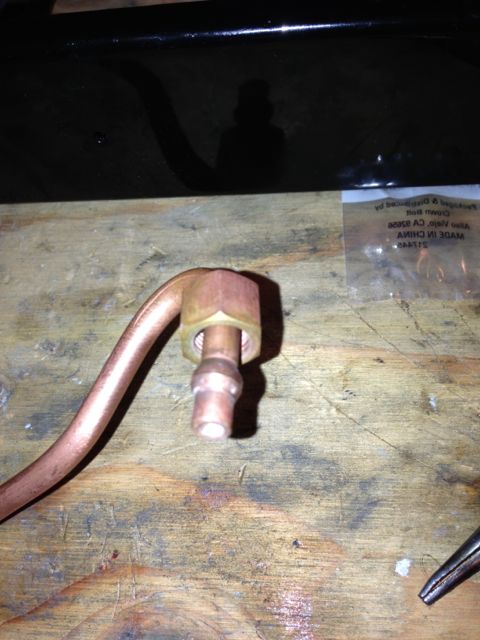 My old photos show this is the correct boiler fitting. 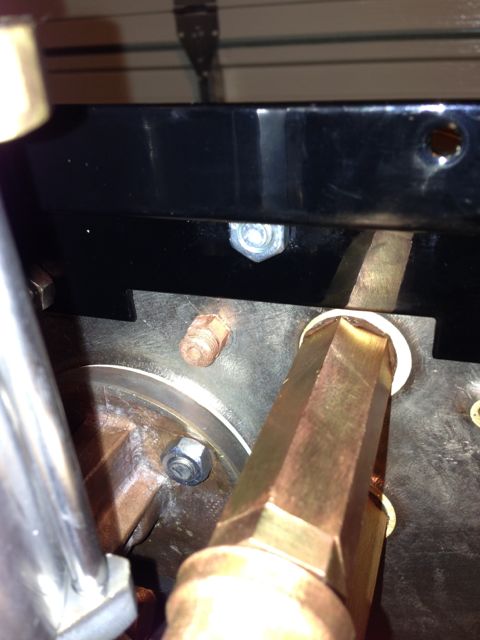 But the pieces don't mate. The pressure fitting cap doesn't cover the end of the pipe. Some pipe protrudes, so the cap nut won't fasten it down and lock in place. I searched by photos and parts to find if there's a missing adapter but so far haven't found one. The pipe is 6mm and the end pieces are the right size. One possibility is to cut the pipe that protrudes through the cap so the cap directly joins the fitting. I'll measure and see if that frees up sufficient threads so it will fasten down. Otherwise I may need an adapter as I'd rather try that than fashion a new pipe and solder a cap on it, which is very challenging according to many other threads. 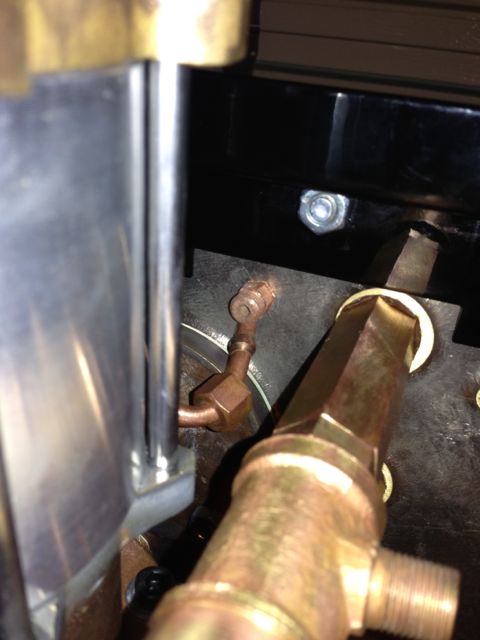 drgary wrote:Here's the current state of the machine. This thing is starting to look like it can make coffee.

That boiler looks so dinky and disproportionate compared to the group hah!
Top

How's your manometer pipe attach to the front plate on your Prestina boiler? I didn't take a good enough photo to show how those two pieces connect. Please post a photo, if you have one.
Gary
LMWDP#308

Is the fitting that screws into the boiler simply a 1/4" BSPP hex nipple ? If so, did you screw the correct end in the boiler? Sometimes, those hex nipples have different length threading on the two ends.
Skål,

That's probably it. I hope I didn't swap fittings in my steam and water taps. Back on page 35 there are these photos. But then those are matching fittings and there's only one of these. I'll check it out right away. 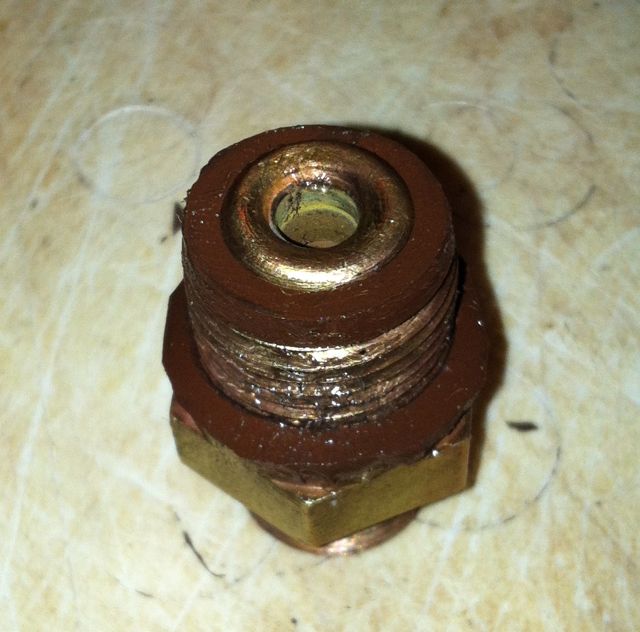 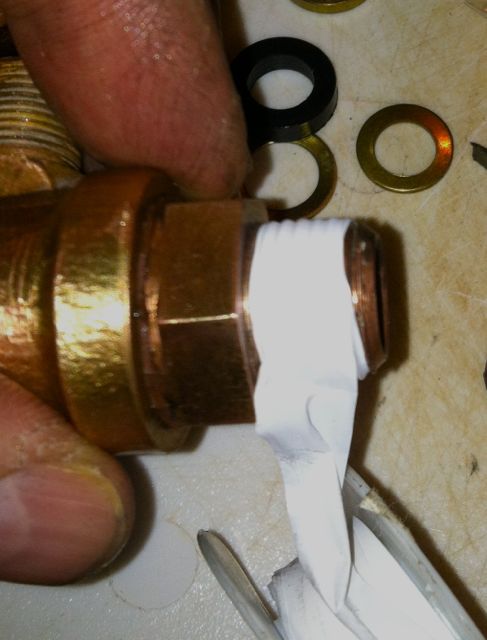