Jonny: It's Loctite Food Grade Anti-Seize and comes in a medium-sized bottle, maybe 6 oz or so. That popular brand should be easy to find.
Gary
LMWDP#308

Cool, thanks! I'll have a look around as I'll want to do the same for mine.
Top

Not much restoration today but have checked the parts in molasses solution one day after immersion. The rust is nearly all gone. I also may have found use for the 12mm ID o-rings of Buna rubber, whose maximum temperature is 250F. There's a groove for an o-ring where the sight glass seats against the front of the boiler. The groove it would fill is in the lower right of the photo. There are two of these. Since it's external and the boiler will hold water at a little over 1 bar pressure at most, those o-rings should be fine for that application. 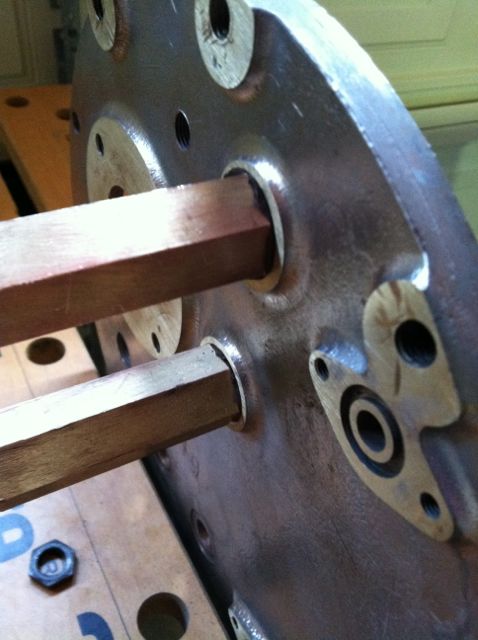 Also thinking about my choice of Viton over Buna above, I was probably over-estimating the need for that higher temperature material, considering that the boiler better not nearly approach 10 bar or my least worry will be o-rings. The exception of course is recommending Buna on the tip of the heating element itself. I'll revise that earlier entry above.
Gary
LMWDP#308

I have a prejudice against Buna...I know, you can find some temperature ratings in the 250 range but you can also find it rated at 205 if you search. We used Buna on our first generation Cremina boiler cap gaskets and they melted over time (changed to high temp silicone rubber). Given a choice we NEVER use Buna.

But then again, if it works for you then all's the better! Just our personal prejudice.
Doug Garrott
www.orphanespresso.com
Top

Ahhhhh ... so all Buna is not the same Buna! Understood. I think I'll take your preference over mine, Doug. You've had more chance for trial and error. Speaking of which I hope you've seen my new thread below. I'll bet you've got some stories to tell.

BTW I see some rebuilds coming of small parts with rubber gaskets, rings and such. So I just bought a compass cutter that's able to go down to 10mm and cut leather to go with my punch sets. With good sheet stock I hope this will allow me to cut these on the fly instead of trying to order small quantities of metric o-rings with shipping.

Someone had suggested buying o-ring cord and gluing it together with cyanoacrylic. But apparently Viton needs to be vulcanized to work properly.
Gary
LMWDP#308

As Doug points out, Buna isn't the top of the line stuff.. however, for what it's worth, I am using Buna square profile O-rings on my La Pavoni (in the group head) over here - so far, after several years, I have not had any problems at all with the O-ring on my machine.

But if you can find better quality for your application, it's worth the extra $ I think to use a higher grade.

Thanks, Ray. I was able to punch and cut some .07 inch Viton to fit. Here's how that worked in the sight glass seats, replacing some questionable buna rubber o-rings. My gaskets fill the space and protrude the same amount as the o-rings (although the photo doesn't clearly show that), so they should work fine. 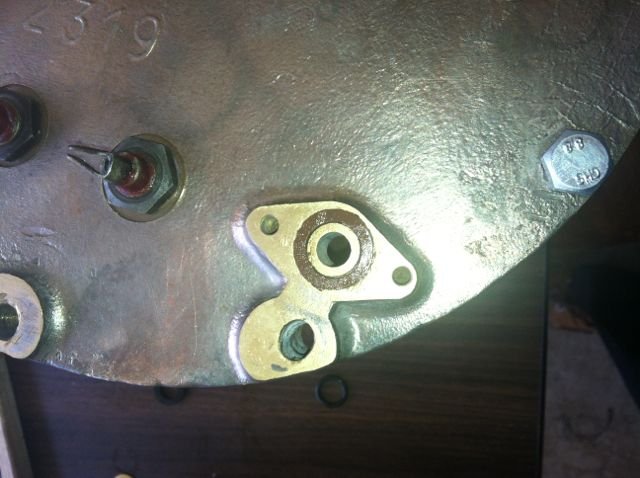 Next I turned to many of the small fasteners that were very gunked and some of them rusted. I immersed them for three days in 1 part molasses, 10 parts water, as suggested by Dan Reimer. They cleaned up some but not enough. So I tried immersing them in Naval Jelly. The less rusted parts cleaned up fine but came out a bit dull. The more rusted parts were not completely recovered even after exceeding the directions and soaking them for 1/2 hour. So yesterday I went to Home Depot and replaced the unrecoverable parts. They had a fitting display there that really helped. I didn't have a metric part that I couldn't figure out on their fitting rack, including determining thread pitch. They didn't carry stainless steel but these parts aren't meant for immersion. I'll coat them with Dow 111 or even anti-seize compound to fight off rust as stainless steel rusts too.

But today was much more dramatic. I was finally able to release the spring! It took most of a day to create a large spring clamp and do this -- I know Doug suggested earlier that the spring can be released once the piston assembly's inserted in the group -- but I wanted to create a workable spring clamp. Here are the end plates marked for drilling. I'm using some pretty heavy lumber here. It turned out not quite rugged enough as you'll see. The left plate will hold the end of the piston so it can't wander. The right side will seat the top of the piston assembly. 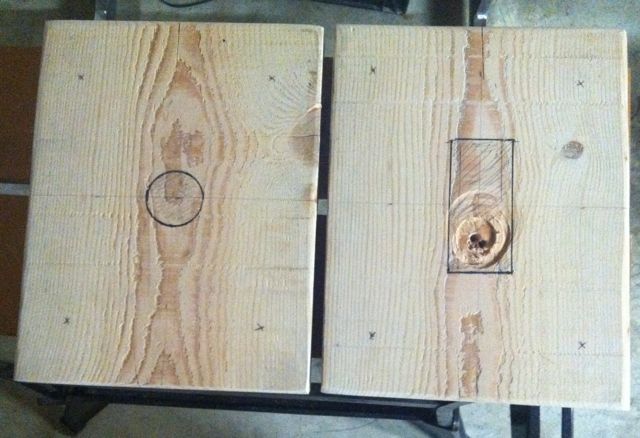 Here are the tools it required to drill out those holes and the holes for the 5/8 threaded rod I used for bolts. The tools include a saber saw, a drill and a large and small file to take care of splinters. Before drilling anything I'd used the random orbit sander to take off splinters and rough spots and round the outer edges. 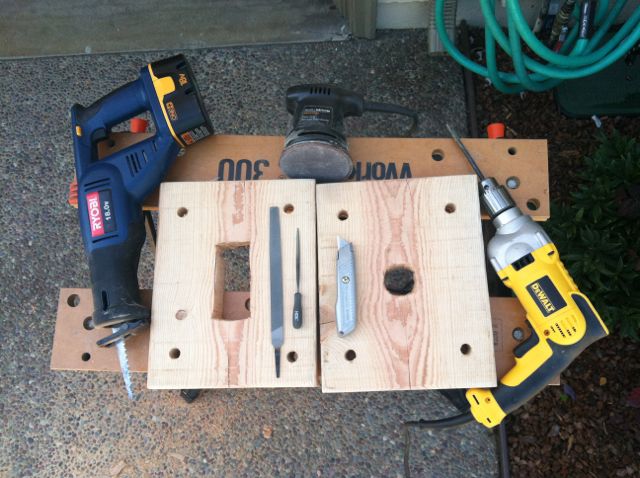 I tried to assemble the clamp and found the holes fit the rod too exactly, so I enlarged the holes. The tension would be held by the large washers snugged against the surface of the wood by 5/8 inch nuts. I also saw that the wood was starting to split so took the precaution to attach steel bracing brackets. It's a good thing that I did. 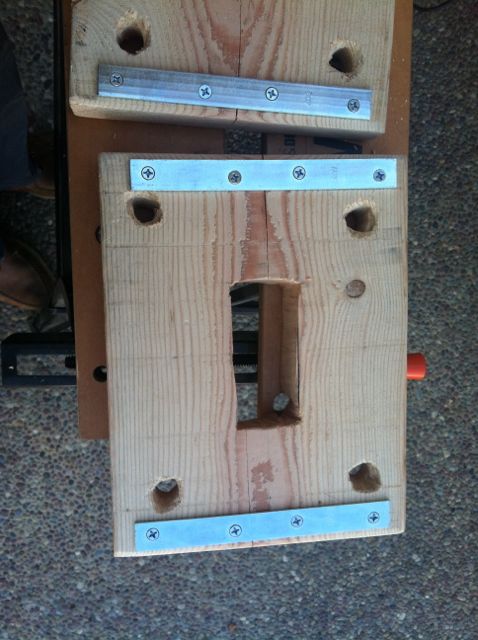 Here is the clamp assembled. You can see how large it is compared to the Prestina's piston assembly. I was aiming to overbuild. The large bolts are cut from 5/8 inch threaded rod obtained at Home Depot. I cut two 36 inch pieces in half with a hacksaw. That went pretty quickly. Then I filed off the burrs at the ends. 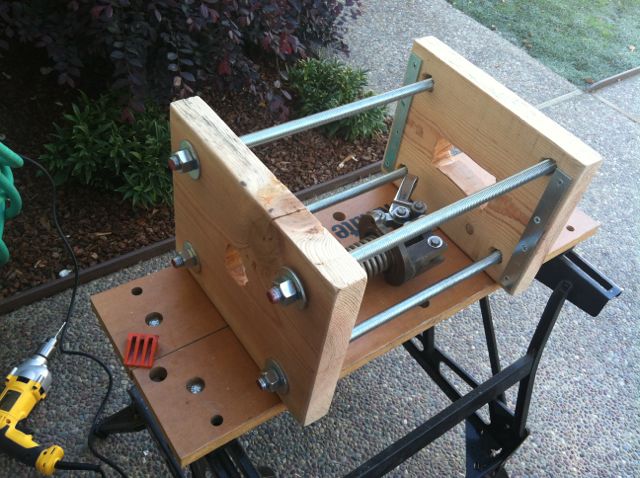 It was pretty easy to get to this point, inserting the piston assembly in the holes and snugging up the bolts. Then I found the bolts would turn as I tightened the nuts. So I held the bolt in place with a pliers, using scrap rubber as padding to avoid damaging the threads. That worked. 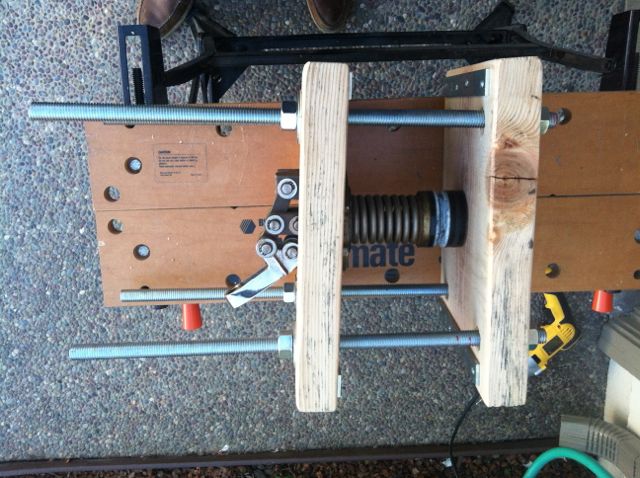 As I tightened down pretty far I started to hear some cracking and immediately loosened the bolts once I saw this going on! If you look closely you'll see that the steel bracing bracket is actually starting to bend. Fortunately as I eased off the tension the end plates straightened out and there's no permanent bend to the reinforcement brackets. So, even though I chose very thick wood, it's soft, probably pine. If I had to do this over I would inspect the wood for splits and make sure the direction of the grain goes the other way. Maybe some thick plywood would be stronger. I would love suggestions for this as I will replace these end plates with something more rugged rather than try and brace them on both sides. I'm not eager to resculpt the template holes for the lever assembly, although as you'll see below the rectangular slot should be at least an inch longer. I drilled wide pilot holes and used the saber saw to do that cutting. Although it's a clumsy looking tool the saber saw is actually pretty easy to control and guide to sculpt the opening needed. 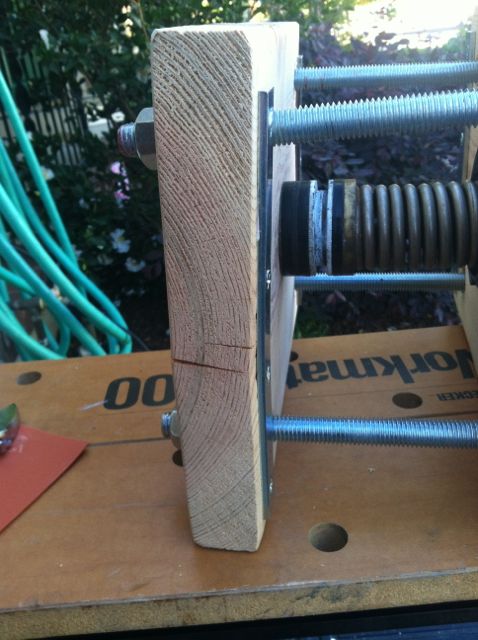 Back to how this unfolded, I could see there was some room for movement, so I inserted the lever and used that to unlock the spring. 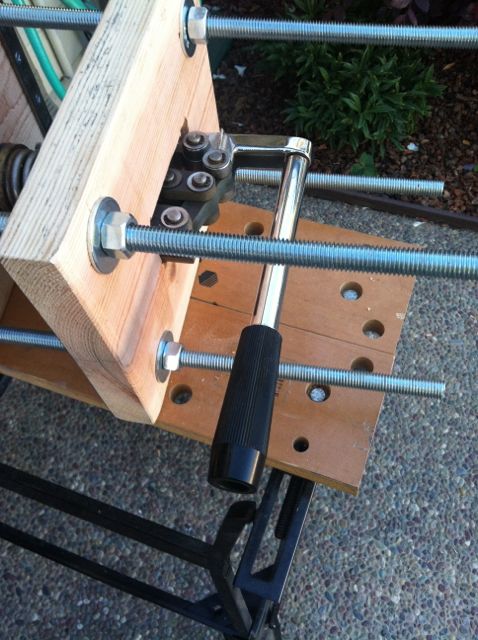 Then I eased out the nuts to gradually widen the gap and let the spring release. At this point there was very little tension through those bolts. But as I eased them out the handle caught against the edge of the wooden end plate. I tightened the bolts just a bit and the handle could now flex the powerful spring. I noticed that the top assembly was now snugged inside the top hole so it wouldn't push down through for removal. This tells me I may want to lengthen the rectangular slot that holds the lever cap by an inch or inch and a half. So ... I needed to figure out a way to get the spring released and removed. So I tightened the bolts and bit and had a small mishap when the handle snapped against the end plate edge with my fingertip in between. It was uncomfortable, not more, but certainly a reminder I was dealing with a significant spring. I tightened the bolts enough to be able to move the lever into release position. Then I removed the lever and was able to loosen the bolts and remove the piston assembly. Whew!

Here's the spring with the tension released. That poor baby's been waiting well over a year for this. Although I'm told this spring will still work well I'm going to try and source a new spring to see what a Prestina is like operating at factory spec. 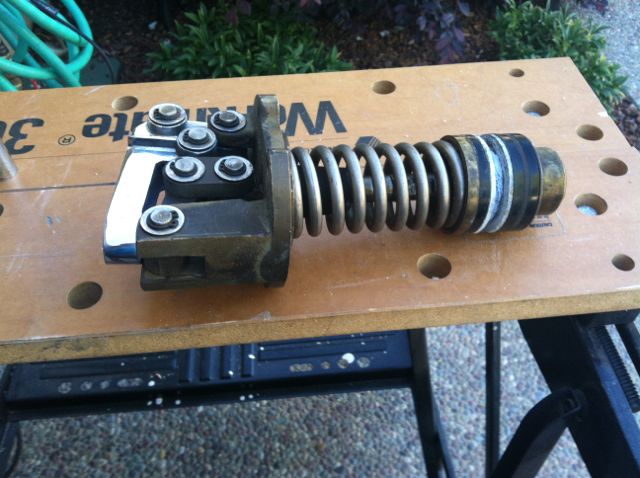 I was easily able to remove the retainer clips and the retaining lever pin and can see there's lots of old gunk just waiting for a bath in JoGlo. But then I discovered that the bracket at the top of the lever pin moves in concert with the piston. It doesn't seem to push through and it doesn't release when twisting.

I wonder if the hole on the piston is somehow used to grip it and do a twisting release? 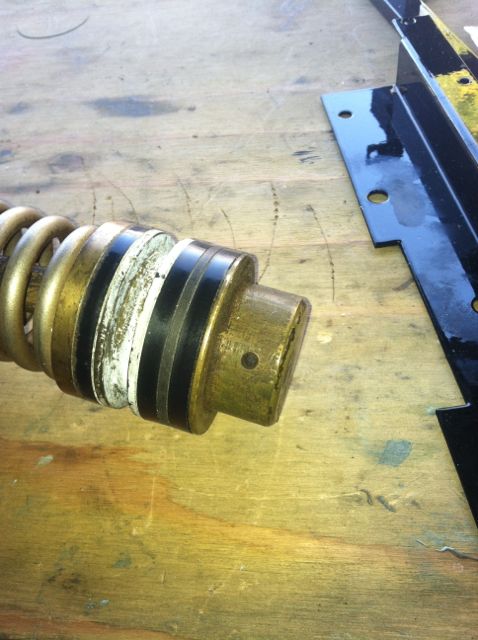 Doug or McDave or anyone else who's released one of these, how does it come off? That's the next mystery to solve.
Gary
LMWDP#308

Your last pic looks as though it is begging for one of these to unscrew the piston: 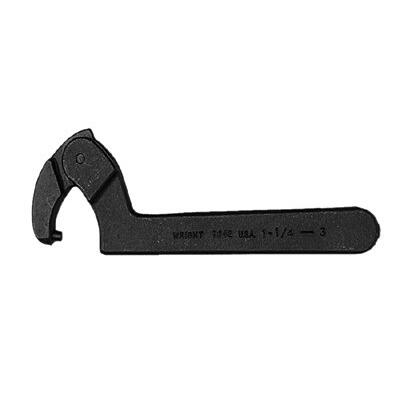 Do a search on "pin spanner". As regards the bending of the steel straps on your spring compression fixture, try fitting some angle iron in lieu of the flat plate.
Skål,

Thanks for both of those suggestions, Eric. I sure would rather fit angle iron instead of having to re-make those end plates!
Gary
LMWDP#308

For rust removal, I would suggest a product called Evaporust. You can find it at AutoZone. It's organic (as I recall) and is amazing stuff. I use it to restore very rusty parts.