Looks so much better than it did when I first saw it, Great Work!!
Top

A lot of this was possible through you, and I really appreciate the advice you gave me over these past months. When it actually is running I'll be raising my shots to you, and if you ever are in New England you can stop by anytime to try the machine yourself!
-Ryan
Using a spice grinder violates the Geneva Convention
LMWDP #612
Top

For those of you who have not seen a Tell in person I want to attempt to show you how big this thing is. Here is my Pavoni professional easily fitting on the cup tray. This thing weighs more than me (and I weigh 68kg/150lb) by far and two people can struggle moving this thing... Heck a single Gaggia group weighs as much if not more than my Pavoni! 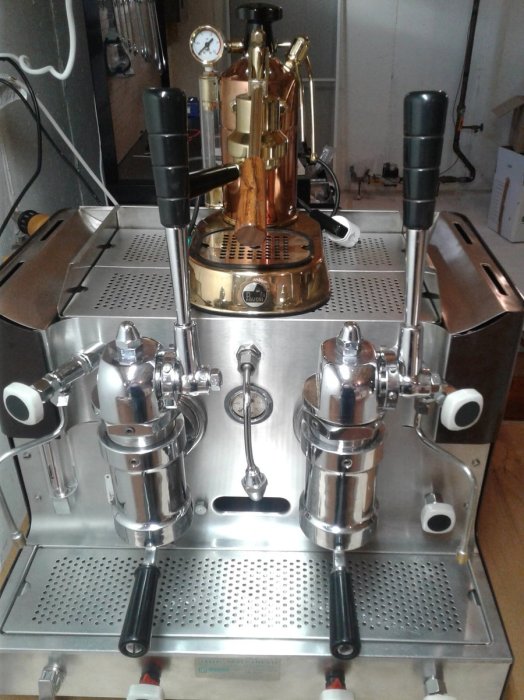 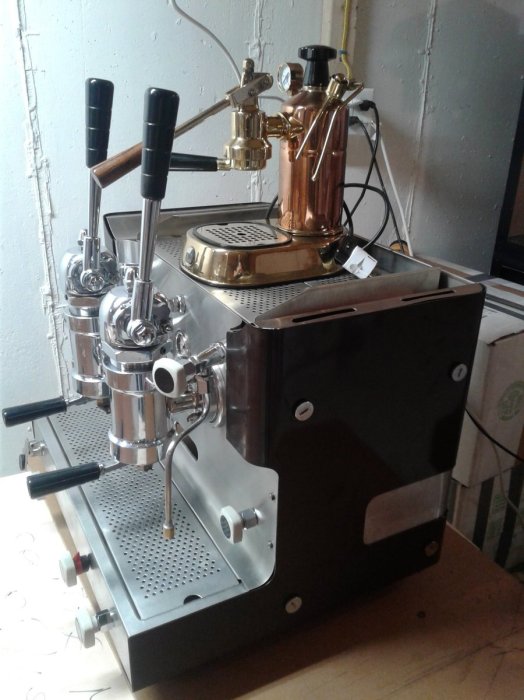 I have followed this for a few weeks and It has confirmed to me that I did the right thing in buying a Faema Zoidiac Ariete as my first large lever restoration.

(I have done a fair number of La Pavoni and Zacconi machines in the past) The Zodiac is a somewhat easier head to work on, as it is a simpler construction. You have done a great job, gone far further into the process than I plan to. I hope that it produces the shots that your time and effort merits. A wonderful restoration, well done.
Top

I have an europiccola, 8cup smaller than the professional, and the gaggia group head is definitely heavier than that!
Top

The wiring I ordered from McMaster came in tonight (really quick shipping, like less than 48 hours after I ordered ON CHRISTMAS). The colouring I selected internally for the machine is the same as my Bosco (as well as EU standards), yellow/green for ground, blue for neutral, and brown for hot/phase. 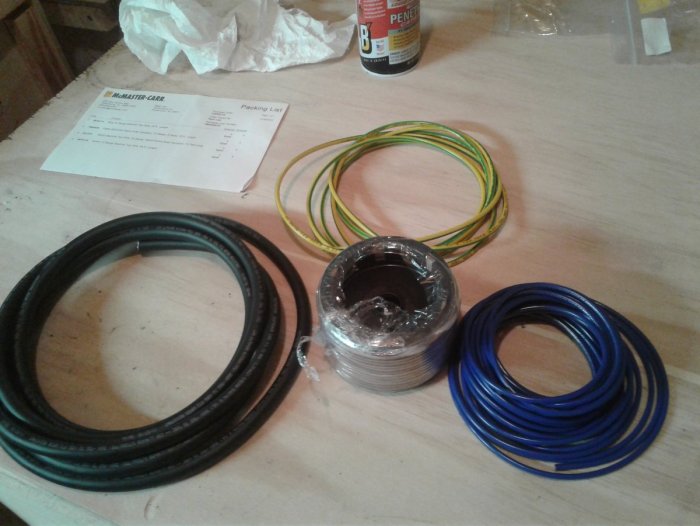 I only setup the wiring from the outlet to the switch, and will wait for the heating element to arrive before doing the internals. The insulation for the power cable is pretty thick, and I used an extremelly sharp carpet knife to take it off so I could access the three cables inside. The NEMA 5-20 plug I bought is very handy as it colour codes each prong (I often forget which is hot and which is neutral) when connecting it to my wires. It was pretty straight forward to assemble; I just needed to check the stripped wires had a good contact then tighten the securing screws on the plug. 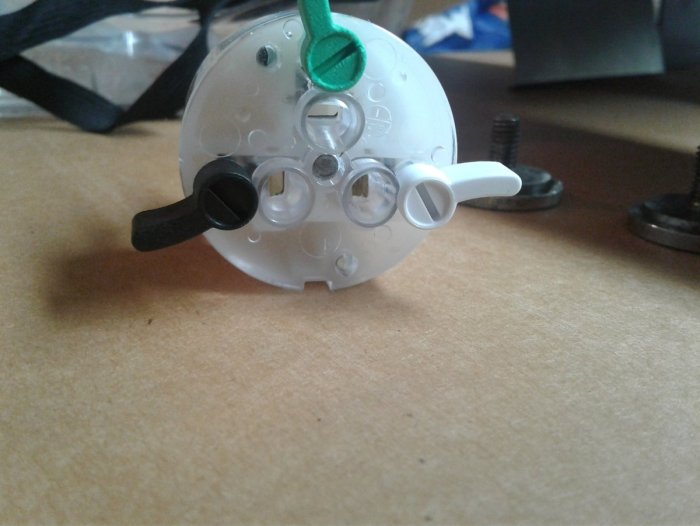 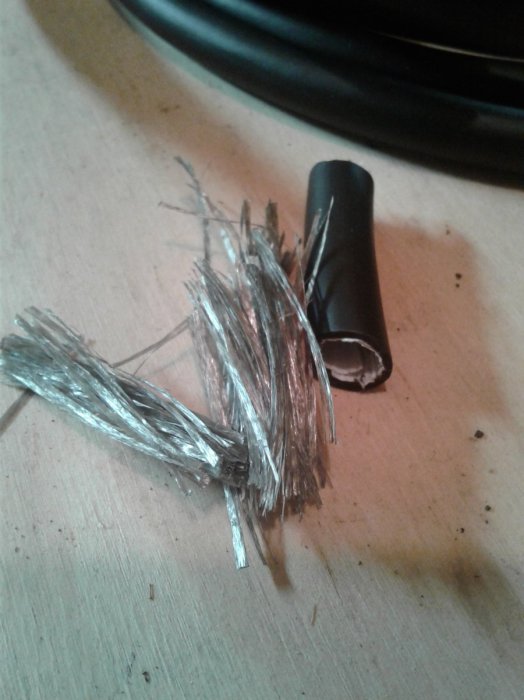 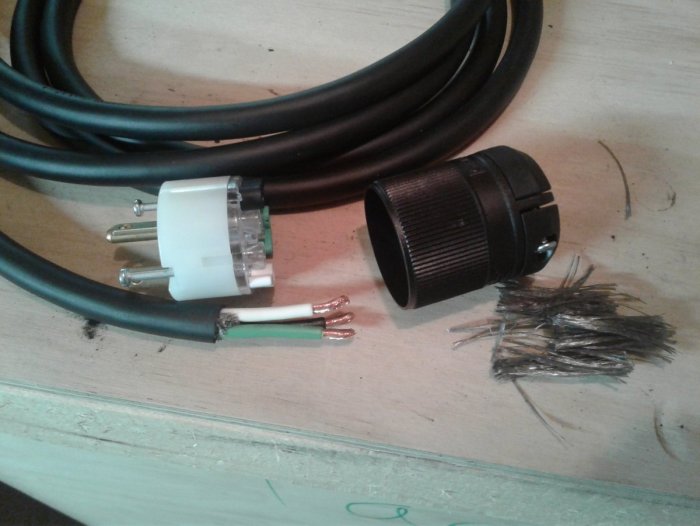 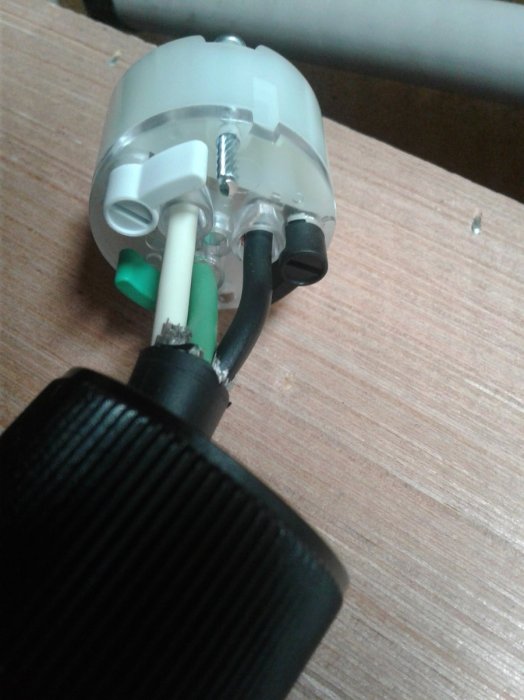 I played around with how I wanted to arrange the terminals I crimped with the rotary switch while being able to fit the plastic sheathing. I specifically want it on so I do not risk the switch becoming damaged from water while the machine is in use, so I will need to adjust it. 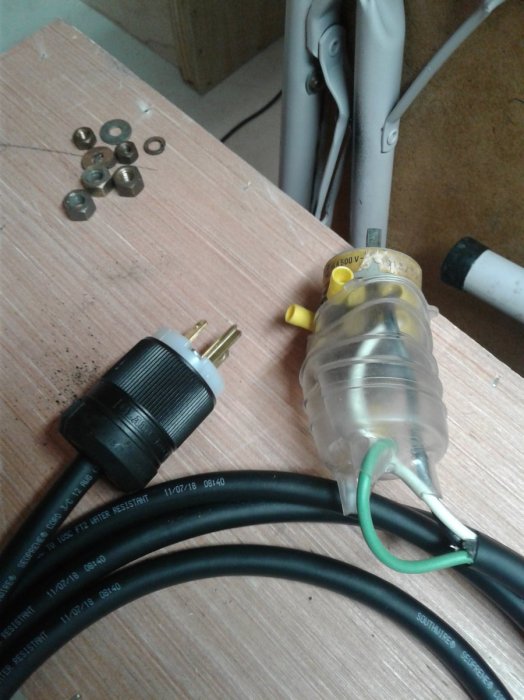 nice work and nice job with the documentation!
the gaggia orione is one of the best out there! i have the one group version and it's my home machine for 9 years now. 2 cappuccini every morning and another 1-2 the rest of the day.
every couple of years i have to change the steam valve seal. the v-lip seals need replacement every year or two, depending how long the machine is running. mine is on 24/7.
shout-out to paul pratt for his support and parts! i wish he would produce the v-lip seals in silicon, they would wear much longer.

i restored another Gaggia in the past, a 1954 three group Esportazione which was in commercial operation in my espresso bar. the groupheads are exactly the same as on the orione from the 70's!

the only improvement i can think of, besides better piston seal material and/or design, would be an 2 way/air only valve for the brew chamber. when the piston goes up while pulling down the lever, a slight vacuum forms which pulls the coffee puck up from the portafilter basket. ideally as soon as the piston travel starts, water should come trough the piston bottom valve avoiding this situation. that's not the case as water flows into the grouphead not before the piston reaches the fill position (lever catch engages). now air is in the chamber which ideally should be expelled while the chamber is filling up with water. a valve could enable air evacuation but should close on water contact. the residual chamber pressure at the end of the down stroke is due to the trapped air pocket. that's why you never can remove the portafilter immediately without a mess.
Top

cafebmw wrote: I restored another Gaggia in the past, a 1954 three group Esportazione which was in commercial operation in my espresso bar. the groupheads are exactly the same as on the orione from the 70's!

Thank you! I tried to document everything to help others in the future if they restore this or a similar machine.

When you say the Esportazione (I thought it was a Gaggia Spagna when actually looking at it) was in operation does that mean you no longer use it?
-Ryan
Using a spice grinder violates the Geneva Convention
LMWDP #612
Top

i ran my espresso bar only for a year. i had to cut my losses as i never broke even. but it was a great experience.
it might have been called 'spagna' (meaning spain/españa) for certain export markets.
Top

Do you need any Tell heating elements? Actually if anyone needs some I have a bunch of 220V elements I ordered from Ascaso by mistake. I would need to check the size and wattage but should be mostly 1g and a few 2g elements. All new.
Top
← Back •
By accessing this site, you agree to the site's terms of service. If you need help with the site, please contact us.