samuellaw178 wrote:What pstat setting are you currently at? I had at one point struggled with a Cremina 4 hole tips - looking back, I think it's the pressure setting (0.6-0.8bar if I recall correctly). I have never been able to get great microfoam with that low of the setting (except with 1 hole tip) even if the milk seem to roll well.

I'm at .8-1.0. Although it was set in CT before transport to NY. I haven't purchased my own gauge to check this yet.
Darmok and Jalad at Tanagra
Top

Here was my struggling 'journey'. It's almost 5 years ago- not sure if it will help:

Eventually I did manage to get much better microfoam with 4-hole tips (new Cremina wand - not foam kinfe), but at almost 1.2 bar (according to the me-5 years-ago anyway). However, I think I settled with 1 hole just because there's a wider margin with grouphead temp management(at lower pstat) - quality was more important to me than speed/convenience.

Your last video looks better (some of the bigger bubbles can be tapped out easily). I would try start steaming with the tip immersed a bit lower into the milk (before opening the wand) - to avoid creating large bubbles. I may not remember the details that happened during my struggle but how the frustration feels still stick well in my mind.

I am at 0.5-0.7 bar (almost the lowest setting of my Cremina). I also tried the expobar steam wand with its one hole, 3 holes, Vortex, Sproline Foam knife, and Dr. Bean's Foam Katana tips, also the Cremina steam wand with LWW Steam Dial, from 0.7 to 1.3 bar, not ideal. 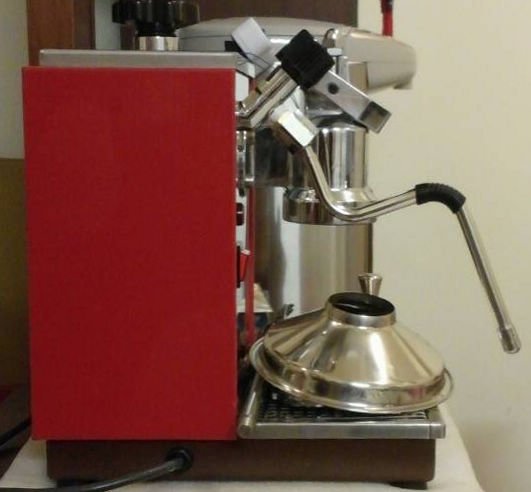 Check out espressoVivace.com for tips and video of steaming with foam knife. Schomer was the first person to publicize the foam knife many, many years ago.
Top

No experience with the foam knife.

I used to focus on a horizontal swirl, but I would never get enough air, or I would blow bubbles. Here he explains how he vertically swirls the milk. I find I like half vertical and half horizontal, as the horizontal swirling keeps things folding in nicely. The key here for me, was the vertical swirl being part of the steaming action, it made all the difference for me.

On all of the machines I've used, I usually pick a steam wand angle similar to that of the cremina, or pavoni's. The I rest the steam wand in the pitchers spout (for more control, like Reiss does) then once steaming, I tilt the pitcher as needed for small adjustments (rather than trying to bend/move the arm) mid steaming.

Using cold milk also helps. I usually pour my milk into a pitcher, then put it in the fridge while I'm prepping and pulling the shot. Typically I also find the more fat, the better it steams. I like 3.25% (it's full fat milk here in Canada), I like how it's richness compliments the coffee (and it's only about 15cal more per cappuccino then 2%). I'll often also be organic milk, as I find it's typically sweeter.

I was having troubles getting good froth with my vintage cremina: i got a gauge and measured the pressure- it was low 0.8. I raised it up to 1.2 and it frothed a lot better.
Top

That reminds me. What are people doing for the gauge to set the pstat nowadays? I dont see it available on OE anymore.
Darmok and Jalad at Tanagra
Top

You can roll your own with a gauge, an adapter, and some teflon tape. You can either attach it directly to the boiler as seen in this link's photo Olympia Cremina 67 brew temperature adjustment

or you can remove the steam wand and attach the gauge there.

I've done it both ways and found attaching the gauge to the steam wand tap to be a bit simpler.
Top

microfoam is definitely getting better. Art on the other hand.... it's a spider!

The main changes I've done since last time was the vertical rolling thing and I'm using whole UHT parmalat instead of the local,organic,hippie milk. 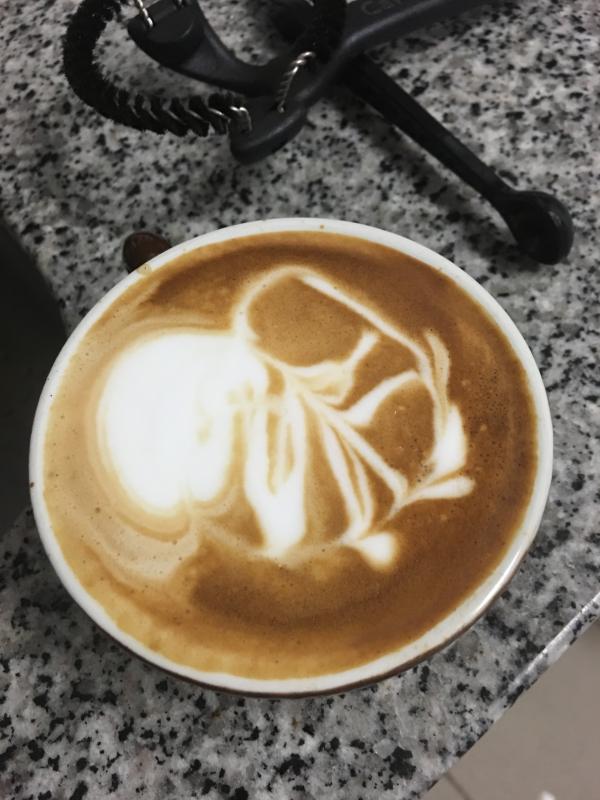 Darmok and Jalad at Tanagra
Top
← Back •
By accessing this site, you agree to the site's terms of service. If you need help with the site, please contact us.