I was always a fan of the buffalo nickel, and used a 1935 version of it. I used it for some time, then I later learned something interesting in Wsfarrell's thread...I learned that the US nickel is the same size as the Swiss 20 Rappen/Rap/Centime/Centesimo.

So I thought, "Hey, let me buy one and use it instead", it being a Swiss machine and all.

Then it moved to, "Hey why not get one made the same year as my machine?"

So I found a great example from eBay. Then I remembered, my machine was made 20 years after the original, which coincidentally goes well with the large '20' on the rear of the Rappen.

Long story long.....I've unofficially made my Cremina a 20 year anniversary version of the Cremina 67 with adding a 1987 Swiss Rappen on the steam valve knob. (Yes, I get bored) 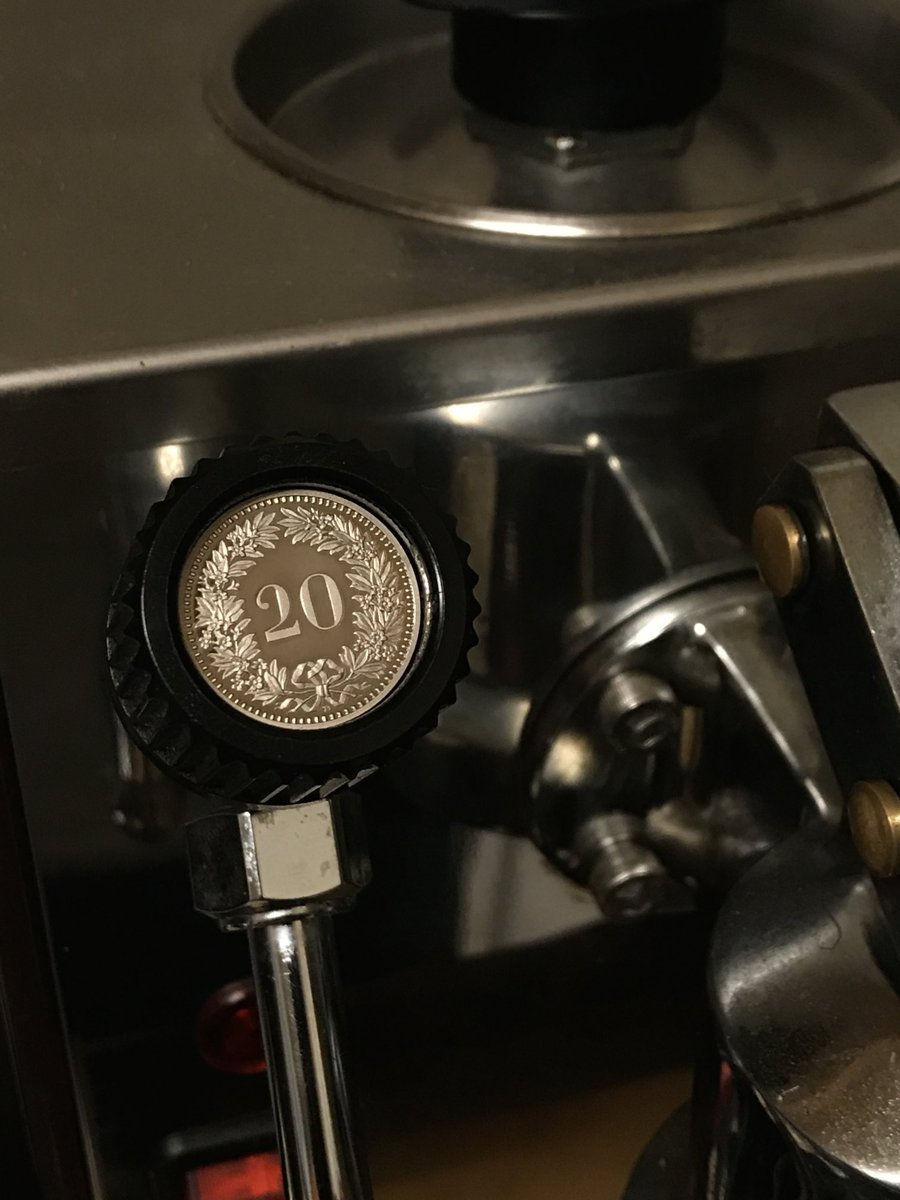 Perfect coin to use for an 87 machine, or any other Cremina machine really. The opposite side features the year and a beautiful side profile of "Libertas". You'll find your year as it's still being struck...I'll stick with the '20' side for now...
Top

Thanks for posting.
"You didn't buy an Espresso Machine - You bought a Chemistry Set!"
Top


Thanks! I got a proof version of the coin, so it's super shiny and clear every time I walk past or use it. Didn't think something adding something so small could have such an effect.
Top
← Back
By accessing this site, you agree to the site's terms of service. If you need help with the site, please contact us.