Can you believe that the xxxhole who sold it to me on Ebay had me wait a week before just canceling the transaction after realizing he may have asked too little for it. If I catch that bxxxxxx listing it again for more I will post him all over the web

Realistically though, it was a COVID impulse purchase, I have no more room for machines but that does not mean I would not get a Cremina and a Pro 800 if I could, just to create some balance to my wife's textile hoarding:)
Never get between a man and his ristretto, ever!
Top

Can you report him to eBay? They must have rules about that sort of thing.
Top

Not really, he could claim item got damaged.
Never get between a man and his ristretto, ever!
Top


Still, it's worth complaining. There may have been other complaints about him, or there may be in the future. Eventually, e-Bay could ban him.
Top

I guess it's finally time I join this plot... I've had a La Pavoni Europiccola (late 1980s Gen2) for a while, but it's always been more of a toy to play around with than a daily driver. Though I've gotten some excellent shots out of it, I've also had some terrible shots and I'm not consistent at all.

I've been using an Expobar Office Lever for the last few years and had great success with it. I'm not sure if the switch to a lever was in search for something "more" or just general upgraditis/boredom. The HX machine I had was a bit of a pain to temp surf (even with a group head thermometer) and the workflow was just kind of slow. Now, I grind, tamp, lock it in, pull to preinfuse, release and start steaming milk. I've cut in half the time it takes to make a latte. The new machine is also much quieter (short use of rotary pump then a spring vs long use of a vibe pump!). I'd seriously considered some of the flow profile machines (Bianca, DE1, etc.) but seems like everyone I talk to who has one spends their time trying to replicate a lever profile, so I figured why not remove some complexity and jump to the ending. Plus with LR's wireless preinfusion, I can play around with different roast types to my heart's content.

I need to clean up my kitchen before I post photos (no really, it's a mess), but I'll get some up here soon.
LMWDP #655
Top

Actually, lever espresso is the only thing I've ever made at home while using manual grinders. Bialetti moka pots on the stove (I know, not espresso, but the beginnings of my journey), followed by Flair PRO (my first "espresso maker", Cafelat Robot...

I had the worst tasting liquid in my entire life at a local coffee shop, worse tasting than puking up Carolina Reapers. It happened to be espresso made by a novice on fancy machinery. From that day on I ventured forth to make amazing espresso with more traditional methods. I have nothing against semi-autos, I'll own one someday when my finances recover from purchasing too many levers, of course.

I currently own: tons of coffee gear, Comandante C40 MKIII, Kinu M47, Flair PRO 2, and a pre-millenium La Pavoni on the way. I will post pictures of my setup once it's all tidy.

My dreams : 2020+ Olympia Cremina, Strietman CT2, Kafatek Monolith Flat... Most recently a lot of you have made me contemplate the Londiniums but I don't know much about them, it's possible one might replace the Cremina on my dream list but it's hard to know for sure.

Here's an eBay picture of the beauty I just won : 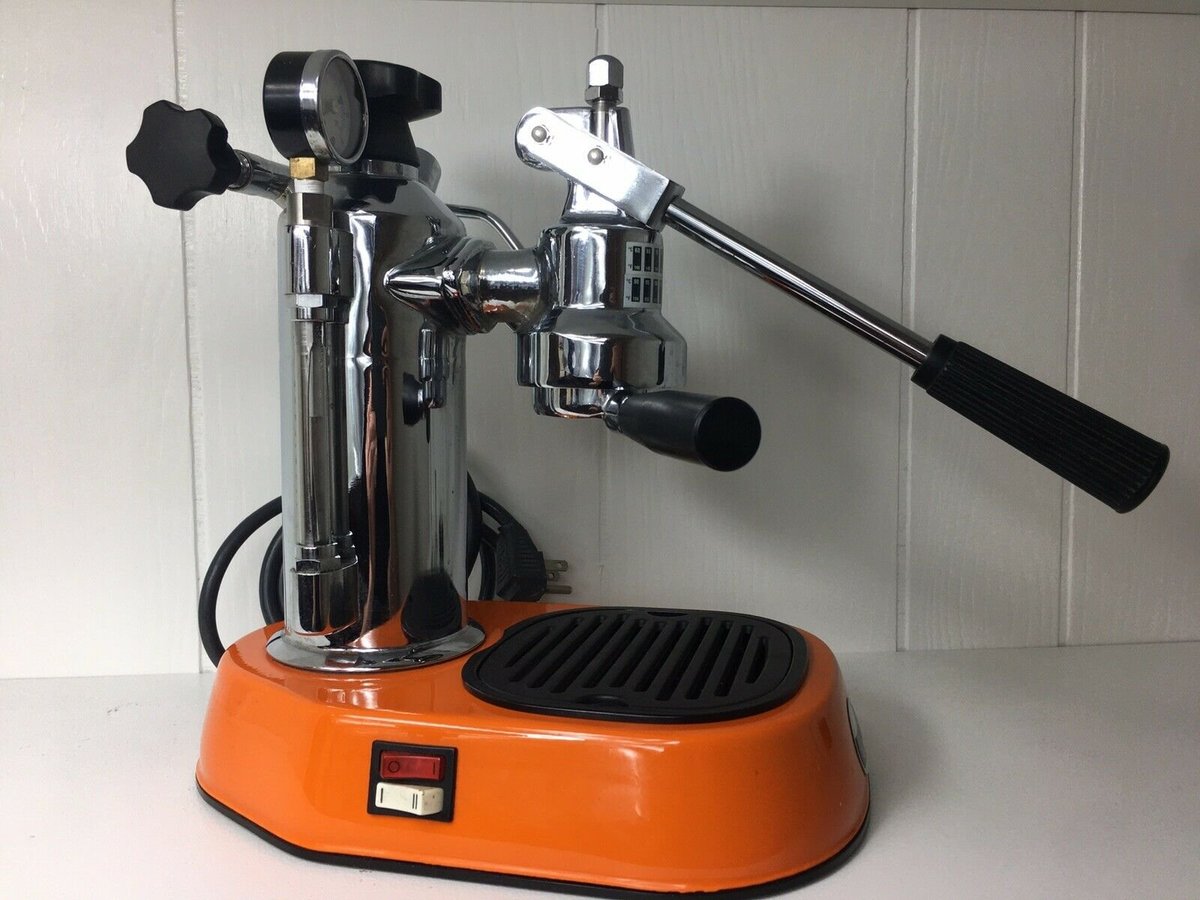 Here's how to control the temperature, without any modifications, including the ability to do back-to-back shots.

Ok - I'll share in the hopes of joining. I'm long-winded, so grab a cocktail / brew / beverage of choice and read on.

My other big hobby involves competing in cars - not on track, but in a practice called autocross. I've made a lot of friends doing that and my co-driver around 2004 is a great guy who is incredibly frugal. He had a little Rancilio espresso machine, I think, and he was telling me how much he loved the espresso he brewed on it. Then at a later discussion, he let fly that he uses a rather special grinder his wife allowed him to pick up. It was over $500!!! And that brand is no longer available in the U.S.

Remember: he's enormously frugal. At the time I thought "$500+ to grind coffee is insane. I gotta look this thing up and see why Mr. Frugal dropped the dough on it."

Which led me to wonder *why* they were doing that.

Fast forward a few years: I had bought several small roasters, lots of green beans, and finally settled on a RK drum to roast so I could keep up with the volume for my office, installed on a dedicated roasting gas grill. I had picked up a decent (not the brand) grinder, a decent HX espresso machine and was enjoying it all, until a small problem with the HX machine stopped me in my tracks. Since then I was doing pourover at home, or french press, or other techniques until... I decided it was time for a new espresso machine.

I started reading here at H-B again, in mid-2019. At the time, I saw tons of comments about the Decent machine. It looked exceptionally interesting, but something about it didn't "feel" right to me, for me. I like hand planes. I like reclaimed barnwood. I like oil finishes, not urethane. I appreciate a fantastic mechanical, manual process with great results.

And then I saw discussions about lever machines. After pouring over these forums, I concluded one machine sounded *right* for me. I read the manufacturer's site, their forums, and sent some email inquiries. I was going to hold off - on their advice - for an upcoming feature that was due to be added, but the exchange rate became insanely good so I jumped on it.

My Londinium R has been incredible. Not only because of Reiss' support and detail-oriented mindset, but because... LEVER. Holy moly, this thing is a joy to use and the result in the cup is just incredible. Barring a physical injury that permanently disables me, I can't imagine ever being without a lever machine.

And of course all that is with special thanks to my friend who shared his little secret about the "expensive" grinder he enjoys, still, every day.

So does that qualify me for this little group?

Mike, how much did you pay for your Londinium if you don't mind me asking?... There's a post from 2016 about them being in the range of $2,000, but these days direct from Londinimum they're upwards of $3,500 for the cheapest version.

Any suggestions on where to look for them or is that the price they are now?

Interesting post drgary. I don't think I will have the guts to tamper with this beautiful pre-millenium. If I ever pick up a second La Pavoni perhaps I'll perform the temperature mod. For now, I will try to correlate outer grouphead temperature to a desirable shot.
Top

If you read the thread again you will see that you don't need to modify your machine, as I noted above. That thread is about monitoring pressure with the gauge you already have and temperature with the temp strip that is already installed on the group. In other words toggle the power on and off to stay within pressure range (boiler temp) and use half pumps to bring the group up to temp. At that time I attached a thermometer yo the group, but a temp strip works. You don't need a heat break gasket although it may stabilize things somewhat.
Gary
LMWDP#308