My bad. You would have to be banished to the double boiler section to get subjected to the above machine.
Lance Goffinet
LMWDP #019
Top

See Lance, those extra shots just confirm how ugly that thing really is

Looks like a nice setting though, and I trust that the shots it pulled more than made up for all that angry lunar lander styling.

Come to think of it if you did assault me with it I'd probably get quite a nasty scratch just from the logo's type face so perhaps I will retire to the circle reserved for Hell's Xcluded and save my precious hide.

Knock wrote:... am I the only person who thinks the mirage look like a nasty piece of 80's rieperbahn night trash? I can see the workmanship but they sure is spikey ugly! 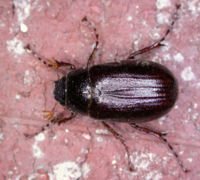 You know, when I first saw the Mirage machine at the cafe in the picture from the back side, my initial response was "ugh" what is that monstrosity. Then I stepped behind the counter and saw the 3 gorgeous E61 groups and the craftsmanship and no longer saw the retro-80s rieperbahn night trash--as you put it. That machine pulls about as good a shot as I think is possible.

Then when visiting there roasting facility I came across the Mirage lever in the first picture. Again, all I could see was the craftsmanship and attention to detail. I guess, like the Cremina, you will either like or hate the look of the machine, but you cannot question the quality or craftsmanship. Believe me if you could actually physically be in front of either of these machines you could easily forgive the superficial styling that you do not like. The pictures really do not do these machines justice.

I just love the machines of Kees van der westen (like the speedster and the mirage), his older machines are quite impressive as well. His eye for detail is stunning although his designs may be a bit "too much" for some people's taste.

Well, for the people who don't like that flashy arty stuff that much here's some pics of my machine... square and shiney, not too much of a looker but hey, it makes good coffee

A couple of weeks ago I bumped into a Bezzera spring lever machine from the 70s. Original driptray missing and looking quite neglected.

There was quite a bit of work on it, HX pipe in the boiler was ripped open, all gaskets had to be replaced (we had to make a boiler gasket), unclogging all pipes, ovp's and that sort of stuff, and it was very dirty.

We did everything very thoroughly, it is almost as new now. Fortunately the grouphead is the same as from a Leone so most parts are still manufactured, nice to know in case the spring or some other part dies on me .

The casing was dead ugly so we replaced some parts like the taps (they were flimsy and internal, we replaced them with a set of astoria taps). We modded the frame to be able to fit a manometer. Yesterday I spent some more quality time with my tools, a big box of band aid and a quite high dose of caffeine (it's very nice to have a second machine ready to pull shots when working on a machine

So here's a couple of Before / After pictures : 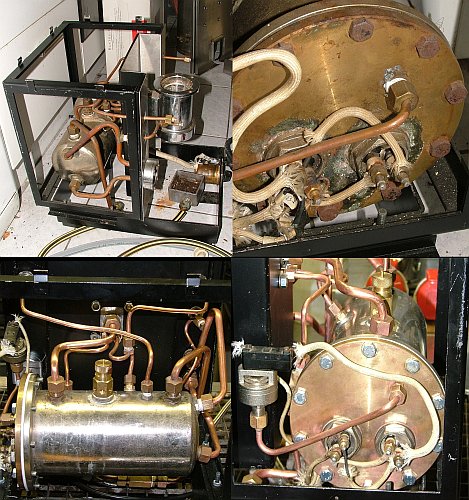 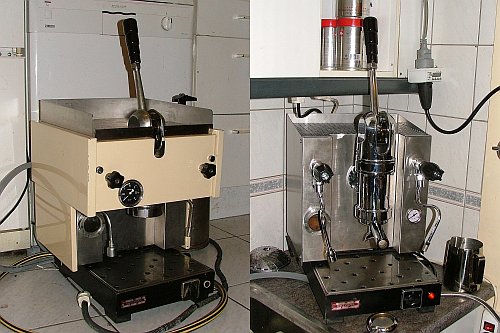 - edit: I just noticed the backwards junebug on the side of the mirage - not sure what to make of that!-

I absolutely agree that there is always the matter of taste, and I'll add here that I'm not some dyed in the wool traditionalist, it's more that I think that the admittedly few pictures of Kees work that I've seen suggest a kind of desperate need to tart and scream that actually detracts from the idea of quality - it seems to be a fairly complete aesthetic as it is reflected in name, colour choice, typeface etc. Furthermore it is this very completeness that suggests to me (rightly or wrongly) a lack of the very individuality that sits directly in contrast with (contradicts even) the whole notion of bespoke carftsmanship that I understand is his stock intrade.

I am reading a very mixed message here- if the machines are 20-30 years old then fine as it would be perfectly in line with the times, but nowadays...? We're supposed to be able to appreciate quality without the need for such overdesigned cod "futurism" - the design would be absolutely at home in a neon lit night club - but who goes there for their quality shots or to savour the taste experience that the machines reputedly bring?

So It could well be said that I "don't get it", ultimately though I think it's more that I actually don't like it - BUT If anyone wants to lend machine for a while to turn me round feel free to pm me!

Whilst I can see merit in the original, nice work Joris!

which you may see as a curse from a tasteless buffoon given the above.

- edit: I just noticed the backwards junebug on the side of the mirage - not sure what to make of that!-P.


The machine is owned by a local cafe named Junebugs. Which, by the way is, another good place to get espresso in the Spokane area.
Lance Goffinet
LMWDP #019
Top

Ok,
Lance, I get all excited to visit a new cafe while in Spokane in a week - I look up Junebugs and the Google search finds me a listing that says it is closing and their website is down... is it open?

I found a map to their -maybe -location- so how long ago did you snap the pictures?
greg moore

I did not know that they were closing. I met the owner at the Doma Roasting facility last week and he did not mention it. In fact that is where I snapped the picture of the Mirage Lever machine--maybe that could have been a clue. I did not ask why his machine was there. The picture of the Mirage with the E-61 group was actually Cafe Doma in Coeur d'Alene Idaho. I will look into the whole situation. Did not mean to disappoint.

Still, Lindanams is not far from downtown. They are probably the best offering anywhere near downtown. I will do some investigating on other places. I have gotten so used to being disappointed that I have stopped trying out new places here. That is why I got into home roasting and only drink espresso from home, Lindamans, Cafe Doma, and sometimes Black Tie.
Lance Goffinet
LMWDP #019
Top 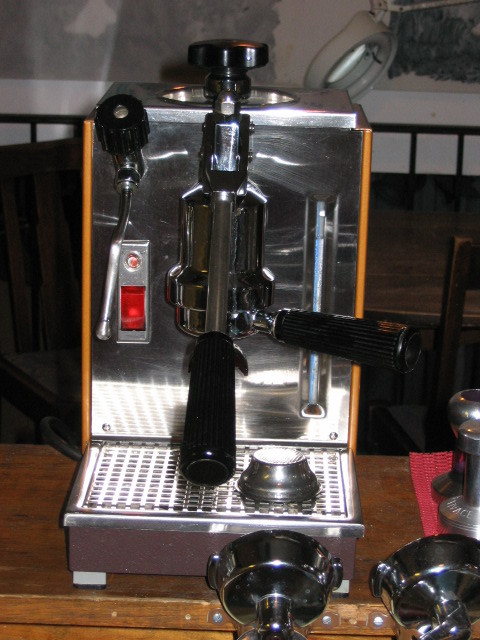