Has anyone ever PID'd a lever machine? - Page 6

A haven dedicated to manual espresso machine aficionados.
← Back to Levers • 68 posts • 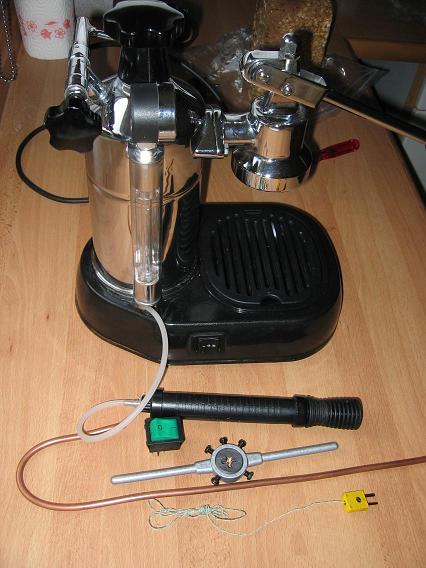 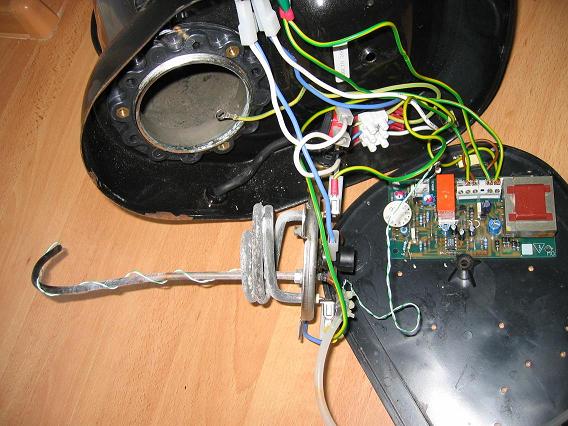 cpl593h wrote:Do you have a variac that you could try first?


Would this really work?

I have been thinking about PID'ing my machine too(after i realized that the thing controlling the pavoni is a pressurestat not a thermostat, otherwise it would have been easy to drill a new thermostat pot on the side of the thing...)

My wall-outlet is inside my kitchen cabinet anyway so it would not look horrible, then if i was to drill in a probe-thermometer inside the boiler i could monitor the temperature too.

The PID project i am sure we all enjoyed following was great, but it's just that big box on the side...not good for me..

By prying out the pavoni emblem from the front and installing the thermometer there it would look custom made and with just a variac unseen inside a cabinet would be "hassle-free" + variacs are cheap.

But would it be possible to adjust the p-stat with a variac or does the machine just stop working when voltage drops?
Top

Here is the problem, these types of machines require at least .5 bar pressure to operate, that is around 228F water temp, much higher than the accepted norm of 205 for brew water. Even after I added the digital controller my water temp at the grouphead is still to hot. It is better and I do notice a difference, but was it worth all of the work, still undecided.

I let my machine preheat for about a half hour at 190F, then I ramped the temp up to 230F (brew temp), took a type K thermocouple and held it suspended in the opening of my single spout PF. I raised the lever and watched the temp. After about 8oz of water it stabilized at 213F. I have to assume that if I was pulling a normal shot the temp at the shower screen would be lower than that due to group head temperature, but after slowly streaming out 8oz of water it was hot.

Now for the sake of fun, I let it cool, repeated the process but ran the temp up to steam pressure, 242F (about 1 bar) and took the water temp using the same method. That is about where the machine ran at using the OEM pressurestat. Guess what the water temp was, 213F again.

So in the end, the water I got from the machine at the lower setting, and the water that would have been dispensed at the normal pressure level appear to be the same. I have to emphasize, appear. While I do have access to a couple thermocouples, I have no desire to spend hundreds of dollars on testing equipment. I have become somewhat less enchanted with all of the tech tricks and gizmos over the past month and gone back to concentrating on what is most important. My barista skills and what ends up in the cup.

So take it with a grain of salt. Can you improve on the stability of these styles of machines, yes, but is it worth all of the work, undecided. You also loose some of the old world classic design by putting a digital controller or big old variac on the counter beside the machine.
Dave Stephens
Top

I also thought of adding a manual pump inlet between the pressuregauge(so i can still have function of it) and that glasstube(where you see the waterlevel).

Then use the variac + temp probe to get water temperature right, add the needed pressure to get water into grouphead with the pump = perfetto!?

I am just sceptical of the variac, anybody even have a clue if you can use it to control the p-stat?(=controlling water temp in boiler)

j7on wrote:I am just sceptical of the variac, anybody even have a clue if you can use it to control the p-stat?(=controlling water temp in boiler)

My only experience with the Variac is on a Europiccola two-switch, which has no pressurestat. I didn't take that into account when recommending it.
Top

Hi fellow lever people!
First of all, Let me start by stating for the record that I love my Astoria lever machine. However, I have been entertaining the thought of replacing my pressure stat with a PID controller. I have already won an ebay auction for a cold fusion unit last night.

Some days I can achieve god-shots all day long. Other days a new storm front rolls in and the espresso is a bit sour. At its best a pressure stat achieves +or- 3 degrees. This equals a variation of 6 degrees. To further complicate matters barometric pressure will affect the performance of the pressurestat. I am hoping the +or- .1 variation of the PID will let me achieve god-shots more consistently.

Any ideas or info?

Hope you don't mind, I merged your post with this related thread.
Dan Kehn
Top

The thermostat I installed was a project of diminished returns. While I can play and adjust the temperature on the fly, it honestly did not yield that much of an improvement in the cup. It is just the nature of this type of machine. A PID in a gravity fed lever would probably yield better results. Because the machine requires a certain amount of pressure to even function (about .5 bar minimum) your boiler water is over the optimal brew temperature to start with. I believe .5 bar is around 228F on my machine. The group then acts as a heat synch to pull heat out of the boiler water to cool it to brew temperatures. That is why you only get about three shots out of one of these style machines before it overheats and starts burning your shots.

One of the reasons I wanted to add a thermostat was so I could leave the machine turned on all day at work in 'hot standby'. I can set the temperature to 180F and leave it on all day. A quick bump up to 230F pull a shot and drop back down. I can also bump the pressure up more than factory for steaming.

With your PID, you will probably have to add a SSR (Solid State Relay) unless you have one with an integrated relay. The thermostat I used has an internal relay capable of handling my boiler amperage. You will have to drill into the boiler and tap a fitting. Then install a compression fitting to run your thermocouple probe through into the boiler. Then it is a simple matter of disconnecting the pressure stat, hooking those two wires to the relay, relay to PID, PID to thermocouple probe and power.

When I set up my machine, I left the inner workings as-is, so if it flopped, or I grew tired of the setup, I could revert back to the factory configuration by simply unplugging two wires and reattaching the Pstat, which I may do one day.

Here are a couple of my blog posts showing the process and my final thoughts..
Digital Temperature Controller on a Lever Espresso Machine

As I understand physics (and I do understand physics pretty well), there is a direct relationship between pressure and temperature. At any given pressure, the temperature at boiling will be constant and will never rise above that temperature. That's why many manufacturers use a pressurestat instead of a thermostat - the control of temperature using a pressurestat is much more accurate. It's also why PID controllers don't do much for lever machines (at least those ones that run the boiler at pressure). You need (as has already been mentioned) at least 0.5 bar (and preferably 0.8 bar) to force water into the group.

At 0.8 bar (typical tank pressure) water boils at about 115 degrees C (I think that's about 240 F). Which is HOT. The machine relies on the pressure drop into the group head, and the cooling effect of the head itself, to drop the water to the correct brewing temperature.

I've also tried measuring the brew water temperature without coffee in the basket, and I get about 100C (212F) but I can't believe this is a correct reading. I think that with coffee in the basket, the group head under the piston fills with water, and the ten or so seconds of preinfusion contact with the cooler metal will drop the temperature to a good brewing temp. Then you pull the shot.

But here's the point: When the water comes out into the group it will drop to normal atmospheric pressure, and therefore the temperature must also drop to 100C (212F). The excess temperature will be used to convert a small amount of the water to steam. Changing the temperature of the boiler water will have little or no effect on the brew temperature.

Wikipedia has a temperature/pressure graph http://en.wikipedia.org/wiki/Image:Wate ... _graph.jpg. To use it, you have to convert pressure in bars to torr by multiplying by 750. Also remember that 0.8 bar on a gauge is 1.8 bar total because we already have approximately 1 bar of atmospheric pressure.
0.8 bar = 1350 Torr.

I reckon Espresso physics are about as well understood as women, and I'm not sure which is more temperamental, my lady or my Pavoni.
--LiNZ
LMWDP #105
Top

Linz wrote:... But here's the point: When the water comes out into the group it will drop to normal atmospheric pressure, and therefore the temperature must also drop to 100C (212F). The excess temperature will be used to convert a small amount of the water to steam. Changing the temperature of the boiler water will have little or no effect on the brew temperature. ...

The temperature of the water leaving the boiler drops to 212F when it hits atmospheric pressure. But it is not yet "brew water" until it passes through the coffee; until then, it is premature to speak of "brew temperature". I am not just quibbling: when the boiler water temperature is lowered, the water flowing out of the boiler and into the conduit (before it reaches atmospheric pressure) imparts less heat to the metal, placing less demand upon the group as a heat sink. Also, a lower setting would cause the heating element to come on less often and for shorter durations, which would also result in a lower group temperature, because less heat is conducted out to a directly attached group or convected out to a thermosyphon group. When the cylinder fills with water, the group is better able to draw more heat out of the water during the preinfusion. At this point we can say, changing the temperature of the boiler water will have an effect on the brew temperature.