Worth the work?
Top

What work? Here a full view of the ugly beast. 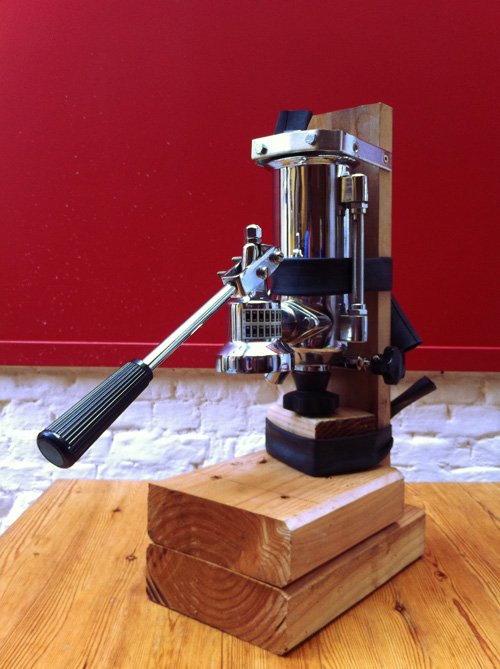 My French is horrid, but I look at this picture and think:

Anyone can say what they will but to me it is now proven that the Europiccola looks good even upside down!
I am glad that you went ahead and gave it a try... I was thinking about it and was just too lazy to do it.

The only issue, that I can see, with the orientation that could not be easily fixed is the elements. You would have to fill in the boiler every shot or 2 just to keep the element immersed?
LMWDP #330

Be thankful for the small mercies in life.
Top

What you need is an element that screws into the original full cap port...
LMWDP #331
Top

My version of the gravity fed la pavoni was to mount an open "boiler extender" using the threads of the cap with the dipper tube removed or rotated 90 degrees. I sent an email to Barb and Doug months and months ago about the idea and how to get a threaded tank or used Pavoni boiler with connection tube. I did not know what I would have done about the pressure release valve and whether it would leak. That's where that idea ended.

As regards the title of this post - You have made it. It is no longer "Just an idea."

Good one and congratulations!
LMWDP #198
Top

One problem I don't see being solved is that the water inlet is very small for a non-pressurized preinfusion.
If I find a small heating element people use in chemistry classes I'll reinstall the freak.

On that leaking:
Isn't there a cap nut that would fit the pressure valve thread?
LMWDP #325
Top

Ive considered something like this before, but I never planned to use the pavoni boiler in any of my designs, just some generic type of kettle with a tap leading to the pavoni group mounted much lower. I dunno, seems to me that it would be easier to build a boiler than try to modify one made for a particular orientation.
LMWDP #366
Top

To continue the cheap ass experiment, I was thinking to pick up something like these: 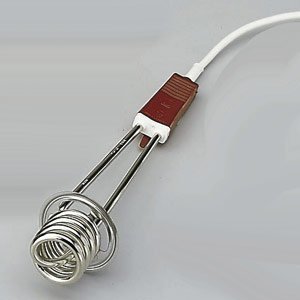 What do you people recommend? 300W - 1000W? With 300W, you could add some cheap diimer for control. Just an idea, of course. Who needs pid and god knows what's out there. Glue-on flat elements with buit-in thermostats, any good stuff I don't know about?
LMWDP #325
Top

Francesco Ceccarelli donated some beaten up parts to make a permanent version of this. Thank you!
Except for the group piston, I have everything lined up.

Right now, I'm thinking of an elegant way to plug the holes in the top of the boiler. I mean bottom. Of course, these are not standard metric threads and the hardwares stores only want to order a big box of special nuts. I don't think so...

Any suggestions for a cheap ass leverist? Ideally, the budget is nearly 0.
LMWDP #325
Top
← Back •
By accessing this site, you agree to the site's terms of service. If you need help with the site, please contact us.