Can anyone help me with references to sales prices, auctions, catalogs, pictures or... ?

Does anyone have references to the dates of manufacture based on the serial numbers?

[I can also read references in Italian, German or French... (or Swedish/Danish) ]

I can not find any good references. There is one at the London Tea Museum. A few years ago I corresponded with a collector in Seattle area, but have lost that contact.

I have a urania and marte but not mercurio. They appear a few times each year on ebay.it. A nominal value for a project machine would probably be somewhere between 1500 to 2500euro.

These were manufactured in both faema's Nice and Milan factories. The french ones are slightly earlier (pre 1954 from memory). I believe the italian ones usually have brown bakelite rather than black for the handles and knobs. There is no difference in value between the two sources.

Post another pic of the front and i can take a guess at the approximate year.
cheers
Paul 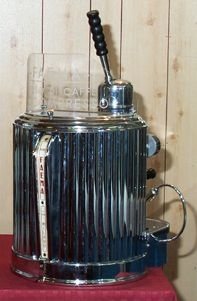 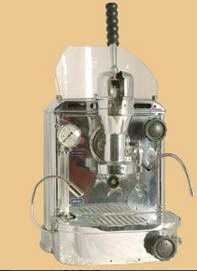 I've seen some real wrecks [one in particular kept resurfacing] another, shiny, was out there for € 2999,- min., twice now, with no 'bites' and he was hoping for 4k, in the past year in eBay IT. But where is, IYHO, the range for one as in pix, ready to go... at least last time I plumbed it and plugged it in. [the washers on the plunger should be renewed...] guts clean and tip-top... As a lover of antiques I tend to value 'patina' over 'polish'

Have you observed differing valuations between AU, NZ, EU and US / CAN ? There seem to be relatively few in US, or is that just my misconception. And, any idea of the number floating around?

As to vintage there were, I believe perhaps erroneously, bases with three 'steps' and later as mine one low and one higher.

Is there a source of the serial numbers / dates that you know of?
David.
Top

there should be the date of production (actually the date of the pressure test) engraved in the boiler. Just send me a PM with your e-mail address and I can give you some more detailed information.

ciao
first production 1950 and finish 1958. 3 different body and 4 different group and 2 color for a Bakelite brown for a italian product and black for a french. 2 manufacture in milano (via casella and via ventura) one in nice (rue du trident).
au revoir david
Andrea
Top

I only know of two different bodies: the first generation model where you can see the fittings under the drip tray: 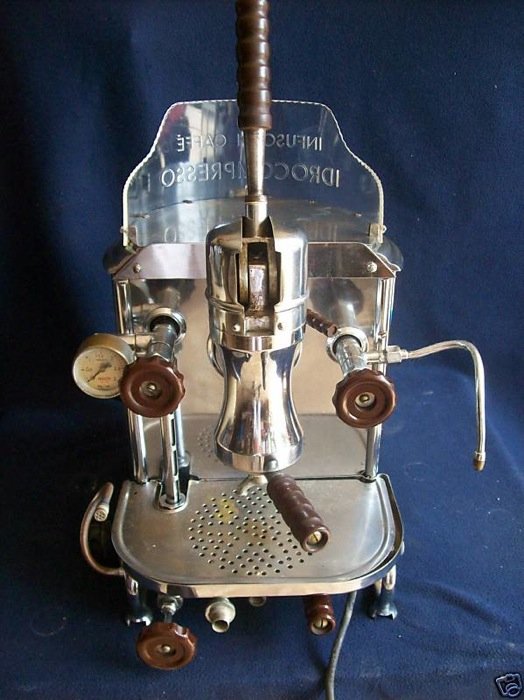 and the second generation with the closed base:

What is the third body and the fourth group that you are speaking about?

ciao oscar
the last month on ebay 2 mercurio on austria as different body maybee you see! the logo is same all mercurio (faema milano), change the form of chrome around that logo (dont catch a picture 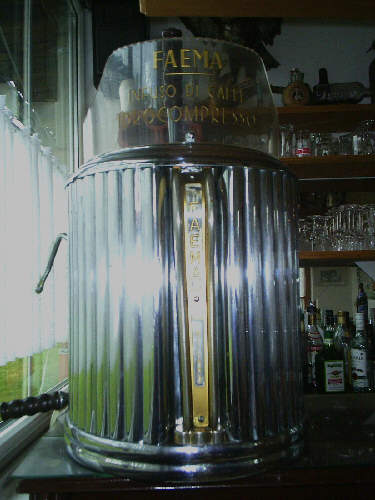 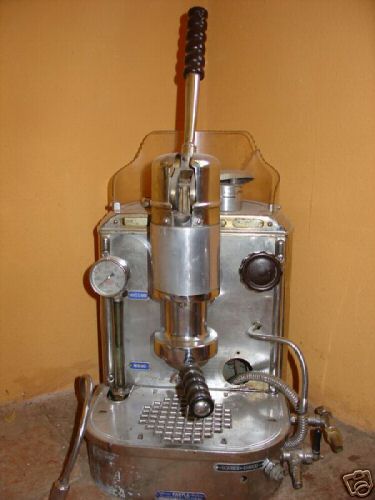 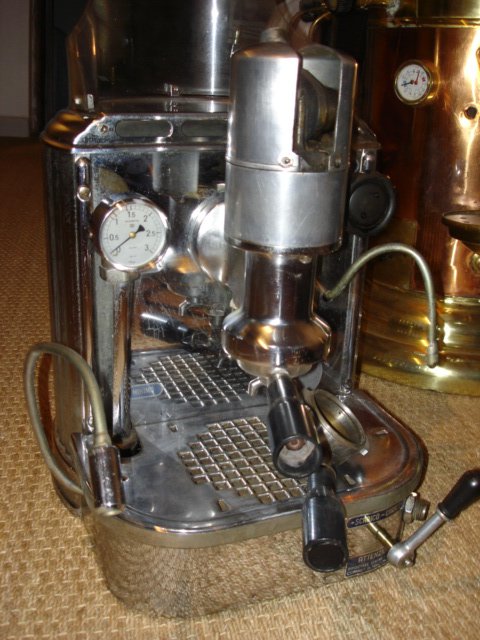 comprendo. You mean the shape of the logo at the back. You are right - I have also noticed that there are two different versions.

Thanks for pointing out those two different groups. I have never realized that there is a difference between them.

there are also base variations as viewed from the 'consumer' front:

two and three 'step' mouldings in the different bases.

Hoping somone out there can help

I am restoring my old faema. It needed major heart surgery when its boiler plate turned into a sieve. I have made a new plate and am arranging for the plate to be nickel/brass plated. Since the machine is in 100 parts I was going to take the opportunity to have some of the parts re-chromed/resurfaced.

The fins on my machine appear to have a chrome or nickel finish. The ends of the fins however have either a gold or brass look..ie where they have been protected from overzealous cleaning when the machine lived in a cafe.

The photos on line appear to have a gold or brass finish. Does anyone know what the finish is meant to be? 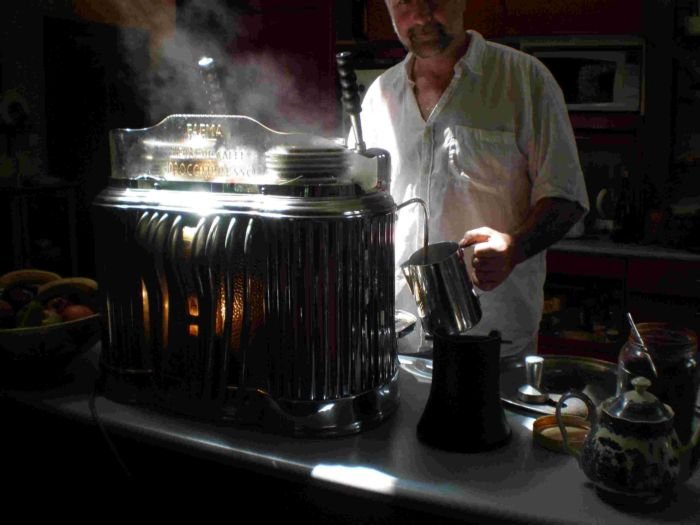