From the sight glass perspective, the boiler is full. Pressure gauge is rock solid at 1.2 bar with the PID set at 124 degrees Celsius.
Top

Have you opened the steam wand to see if false pressure still lingers somehow in the boiler? Pull down the lever and let some water run through as Elbert suggests.

I need to see.

IamOiman wrote:Have you opened the steam wand to see if false pressure still lingers somehow in the boiler? Pull down the lever and let some water run through as Elbert suggests.

I ran a bunch of water through the group last night along with opening the steam wand. Still have the gurgle. I recorded some audio of it. I'll try to post it later along with a pic.
Top

Finally had a few spare minutes to snap a pic and record an audio. Here's a pic of the machine: 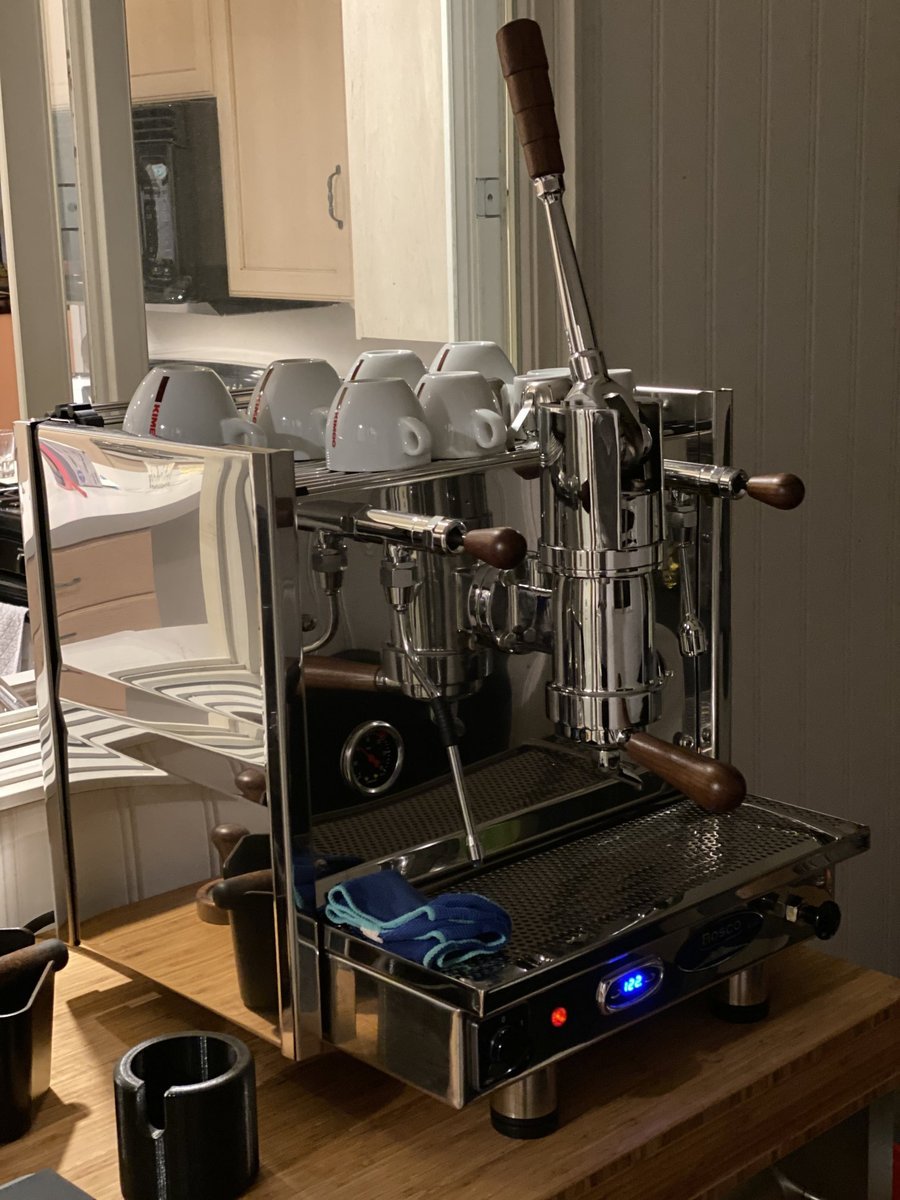 Here's the audio of the gurgle:

Since the bottom of the machine is open, I stuck the iPhone underneath to record it. It's no where near as loud when you're standing in front of it, but nonetheless I don't think this is normal. I optioned it with a boiler drain so I don't mind doing a full flush, but first I have to wait for my local supermarket to restock the distilled water. People around here have been hoarding, it's not pretty.
Top

If you can get an amp clamp, I would check the current on the heater leads. I recall you mentioned you have a PID controller. It may have a triac controlling the current in a variable fashion rather than a simple on/off. That would show up as full current when the boiler is cold but may go into shorter cycles if it is supplying full current or could reduce the current as it approaches set point. The variable current controller would be rather overkill but Bosco does not cut corners so it may be possible. Variable current would tend to keep extremely tight control on the boiler temp.
Suffering from EAS (Espresso Acquisition Syndrome)
LMWDP #586
Top

If the machine uses a triac for variable current, is there an easy solution to modify the behavior of how the PID/machine works?

If the PID loop is holding the temperature in a stable manner and the power consumption is not excessive, does it really need to be changed? The parameters of the loop are adjustable but going too far on any of them can lead to temperature run away or instability. Until actual current readings can be made, I would not make adjustments, just maybe see if Roberta can provide the settings and suggest possible changes. Give Bosco a chance to answer as they may have seen this before.
Suffering from EAS (Espresso Acquisition Syndrome)
LMWDP #586
Top

Typically the PID is controlled by an SSR which I don"t believe is adjustable. Listening to the steam boiler in my Speedster reheat this morning I got a quiet gurgling once the heating element cut off which continued until the element cooled back down. If the deadband of your PID is tight enough the element might not have time to cool down between cycles although it seems odd that the gurgling wouldn't drop off some. It will be interesting to hear what Roberta has to say.
LMWDP 267
Top

Def, would you be so kind as to post the PID settings of your Leva?

The Bosco's default settings are: