I own and love my Profitec Pro 800, but as always I wonder whether there is a machine I would like more. I have researched just about everything from Synesso MVP Hydra, Dalla Corta Mina, DE, Slayer, Speedster, many other lever machines including Izzo Alex and Londinium. The one machine that stands out for me is the Bosco Sorrento single group.

I only use the 800 plumbed in and silent; I particularly want a silent dipper spring lever, and I have ruled out the 55mm LSM group.

My question is whether there is a significant, noticeable difference in use (espresso quality and workflow) between a Bosco single group with PID control versus the Pro 800. I understand the Bosco has a single spring and about a bar less peak brew pressure than the 800, a 6L boiler vs 3.5L, 2000 watt heating element vs 1500 watt.

Besides looks is that it? For those Bosco owners who weighed the choice between a pro 800 and Bosco, why did (or would) you choose the Bosco over the pro 800? It has a tradition and look that is classic and timeless, and that alone might push me towards the Bosco, but I am wondering whether the smaller boiler/less heating power of the 800 is a limitation (for home use) since there is less water to be heated.

On the pro 800, the cup tray is heated passively, and it keeps the cups sufficiently warm. Will the cup tray on a Bosco without the optional heating feature still warm the cups?

Any other considerations which distinguish these two machines? (I have a 110v 20A dedicated outlet that I can use for a Bosco).
Top

I thought the Sorrento used a Sirai pressure stat?
Top

I heard that factory PID temperature control is a new feature that is now available on Bosco levers.
Top

Although I'm not a Bosco owner, I remember hearing from Doug and Barb Garrott of Orphan Espresso that they found the Bosco special. They were partial to Faema levers but found that the Bosco had something extra. Another thing I would consider is that the Bosco levers have been tweaked by the same family over decades, and it's a fully commercial machine, so it must be as durable as can be.
Gary
LMWDP#308

No pid on the Sorrento unless there has been a very recent change. It doesn't show up on the options page on their site. I set the p'stat to 1.25b years ago & haven't touched it since. I'd hate to see a modern pid on the face of the Sorrento so if it is offered I hope they hide it.

Bosco cup tray keeps the cups warm even with a pad (with holes) on the tray.

Biggest differences between the Bosco & 800 would be build quality, commercial size boiler, many decades of lever building experience incorporated into the design/build, single spring vs double on 800, autofil & manual fill. Bosco has had their group supplier make changes over the years that they felt were improvements, have added their own tweaks & they use their own piston design & seals.

I previously had a Strega & decided that I wanted a high quality, traditional spring lever. For me that meant a Bosco so the 800, if it was even available back then, did not factor into my buying decision. No regrets.

As far as workflow & espresso quality goes I would expect the single spring Bosco to require less effort to use & I know from my dual spring Strega that the resulting espresso will be different. Better?? I think so but that's a matter of taste.
LMWDP 267
Top

Just pull out a spring on your Profitec. The bosco design has basically not changed much in the last 40 years including the manual fill mechanism that uses packing instead of a modern ball valve. There was a new bosco group that was generally panned by many including Paul Pratt which I believe they abandoned.

I dont want to speak for Orphan but they have a thing for vintage so Bosco hits that sweet spot. They also loved the Vintage LSM machine and many others based on their wonderful video commentary that has helped me grow to love levers along my espresso journey.

This is personal preference but I love the bosco machines but I love the LSM group more not just the exposed springs and flange reservoire design but the 55mm is even more forgiving and attuned to getting maximum mouthfeel which is important to me. I am still debating removing a spring as I think the Alex Leva is pulling 11bar or so but I've learned to work with it and haven't backed off. Running that high on a 58mm group would be daunting and bring me back to my Rancilio days in terms of keeping the puck intact for maximum extraction.

Given you have the Pro 800 and are considering Bosco, perhaps an even more peculiar machine would be up your ally that uses the Bosco group. Perhaps a Victoria Arduino? Perhaps a custom machine you build with PID of course. This would be my consideration for another 1 group large commercial spring dipper.

Some video food for thought:

JohnB wrote:No pid on the Sorrento unless there has been a very recent change.

I believe that this is indeed a very recent option; I got the info from two different sources: a Bosco distributor and from someone who recently visited the factory in Naples and who said he witnessed the PID being tested. That is all I know, but I will report back if I contact Bosco.
Top

). This was a Bosco being tested the day I visited with a PID and after asking Roberta she confirmed this was a relatively recent add on option 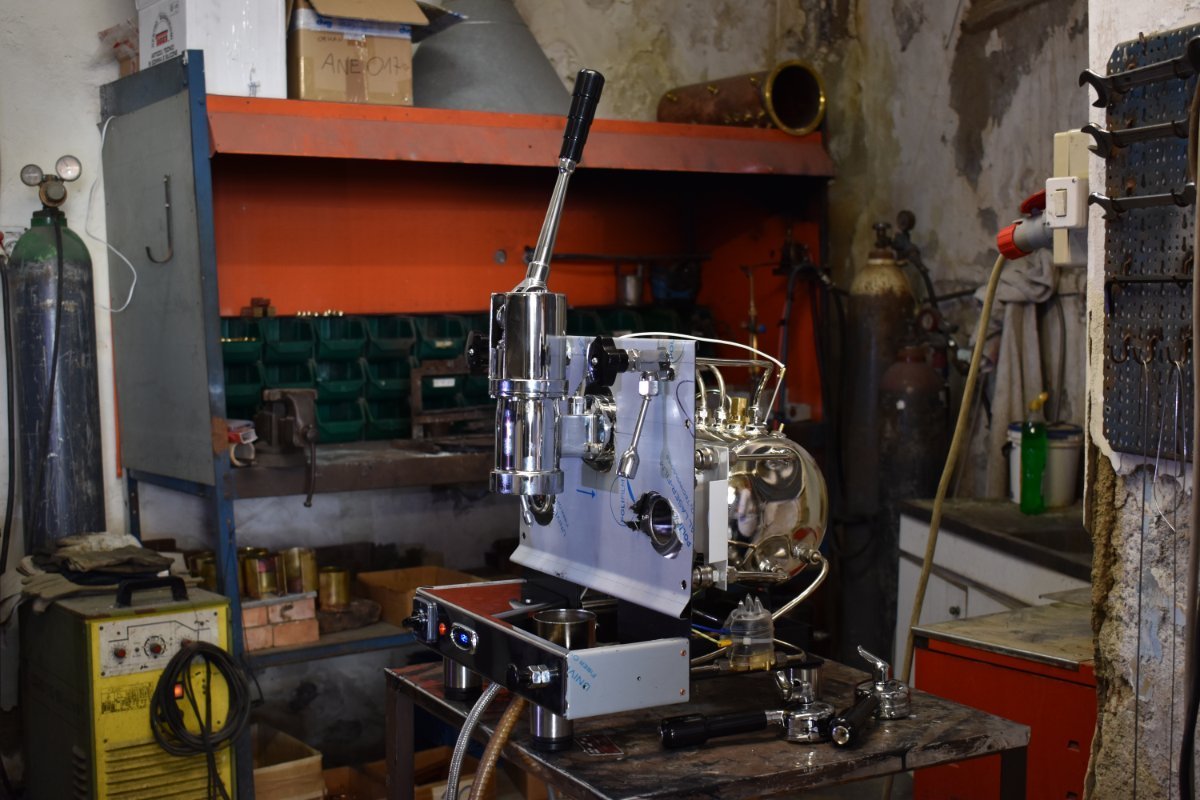 Call me unimaginative, but I just can't imagine the practical usefulness/value of a PID on a Bosco, given how the machine as a whole has been optimized to work, especially if it costs a penny more than the stock setup. It would provide about as much additional utility as putting spinner chrome rims on a Peterbilt truck.
- John

Bosco distributor wrote:... and also the factory PID control (which I really, really recommend).
...
I would strongly recommend the PID control, though.

If I get a Bosco, and I am leaning that way, then I will definitely add the PID based on this strong recommendation and my positive experience with the Pro 800.

edit: BTW, I do not mean to be argumentative and I really do not know, but the distributor is someone who knows these machines well. I cannot ignore such a strong recommendation.
Top
← Back •
By accessing this site, you agree to the site's terms of service. If you need help with the site, please contact us.