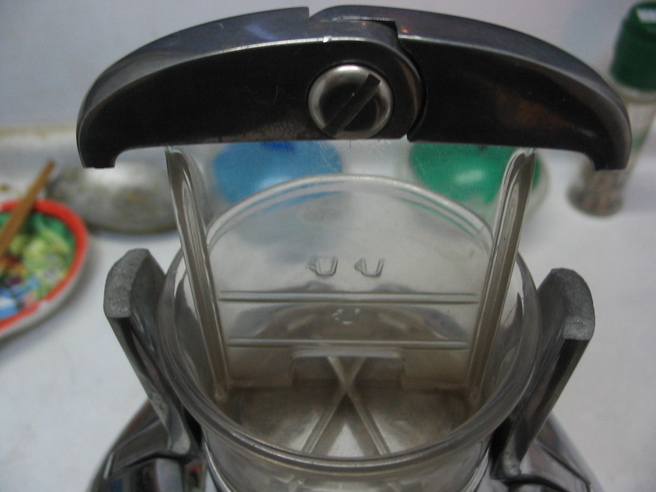 They broke right at the end of a shot, I was squeezing the arms against the legs as well as pressing, perhaps being in the lowest position with this extra pressure is what did it.

I saw a man about making some new arms out of steel as nobody seemed willing to try welding them (is it possible to weld aluminium?). It'll cost 2-300 yuan ($25-35). I'm thinking about having a shorter pair made as well so I can put in less water while still raising the arms to their highest position.

Does anybody want a pair? Not sure how much postage would be . . . also not sure of the result yet!

In the States, All Clad distributed the machine with their usual lifetime warranty. This is the second case of the arms breaking; so it's probably a design defect rather than a one-off failure. It may explain why All Clad stopped distributing.
Top

Well, after consulting with his boss the young guy at the machining shop told me it would be too much trouble and too expensive ($60) to make new arms, so he gave me a business card of a guy who could weld aluminum and sent me off to the car parts district. After a pleasant hour-long Sunday morning stroll in the rain I found the shop, 15 minutes and $2 later I went home with this- 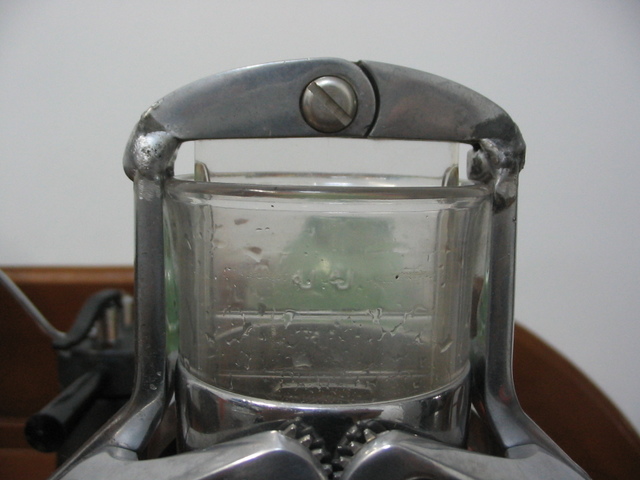 It works. It ain't pretty, but it works. The bulk of the new material does touch the rim of the plastic chamber but it isn't a problem. The two espressi I've 'pressed' so far were unintentionally fast (about 10 sec.) so I don't know how it will hold up to a finer grind (or better distribution/tamp, as the case may be!). Here's hoping!

another_jim wrote:In the States, All Clad distributed the machine with their usual lifetime warranty. This is the second case of the arms breaking; so it's probably a design defect rather than a one-off failure. It may explain why All Clad stopped distributing.

When I bought mine I first wrote the company to ask if it was possible to buy one in China (this was in October, long after they started selling them at TJMaxx etc) and the response was that they are looking for a distributor in China and would I like to be notified when that happens.

So maybe the company is not dead? It would be great if they could release it again with a few changes . . .

hbuchtel wrote: So maybe the company is not dead? It would be great if they could release it again with a few changes . . .

Presso is a UK company; and still going. All-Clad was the US distributor. I would have dropped the machine in their position too. There's several design defects -- the excessive air gaps in the cylinder, and the weakness of the arms. The upshot was that Presso, while calling it an espresso machine, instructed people to use French Press ground coffee and perhaps 2 to 3 bar pressure on the handles. In essence, it's a bait and switch machine in its current incarnation.

If you're thinking of finding or acting as the distributor, I would insist on a corrected design before touching it.
Top

In my experience the problem with the extra space under the piston is that at the end of a shot there is still a lot of water left in the chamber- a real pain if I want to examine the puck or especially if I am making more then one drink- I have to either spend 30 seconds leaning on the arms to push all the water out or take out the PF and hope it doesn't dribble all over the counter!

Does your plug take care of this problem?

Yes it does. Before I put it in, I tried overfilling with water too eliminate the airpockets, and got the same mess. Your technique doing this must be better than mine though, since I also diluted my shots.
Top

another_jim wrote:Yes it does. Before I put it in, I tried overfilling with water too eliminate the air pockets, and got the same mess. Your technique doing this must be better than mine though, since I also diluted my shots.

What do you mean by diluted? Not enough pressure?

Hmm.. would a large air pocket have the effect of slowing the ramp up of pressure? (Pre-infusion? Thinking about Jepy's experiments with pressure profiles) If you put enough water in you could get a full 2oz with water still left in the chamber . . .

My 'technique' is fairly straightforward, start with the arms down, pour in water while raising the arms (do both slowly), then when the piston is at a good height stop raising the arms while continuing to pour water. I'll stop when there is a little water covering the top of the piston and no bubbles come up through it.

Sometimes it is necessary to jiggle the arms to coax the air out.

I wrote down everything here- http://unmodifiedpresso.blogspot.com

The "Peppina Marries MiniGaggia" thread made me remind this comment. Any chance of a photo of this showerscreen?
Top

Hey Mathias, sorry this took so long, but just in case you are still thinking about it here are two pictures- 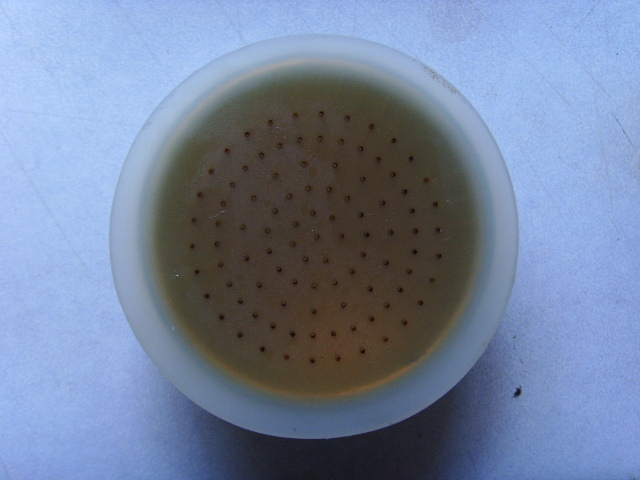 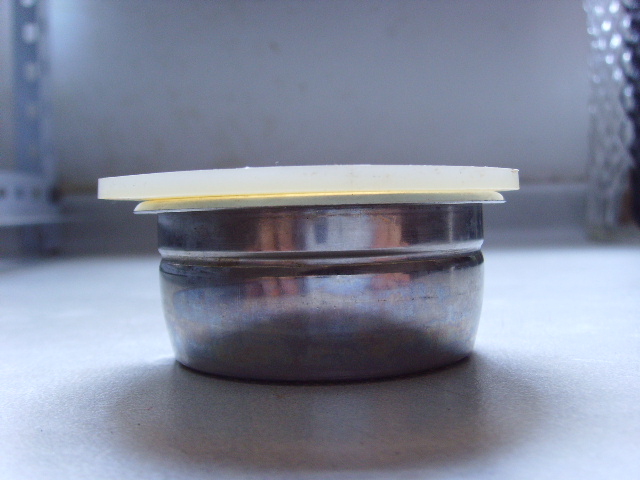 As you can see from the second picture the dispersion screen is level with the rim of the basket . . . much different then most espresso machines! I don't have any experience with other machines so I can't say how much of a difference this makes to the espresso.

Henry
LMWDP #53
Top
← Back •
By accessing this site, you agree to the site's terms of service. If you need help with the site, please contact us.