Today I finally found it, the perfect espresso bar towel. Isn't it pretty? 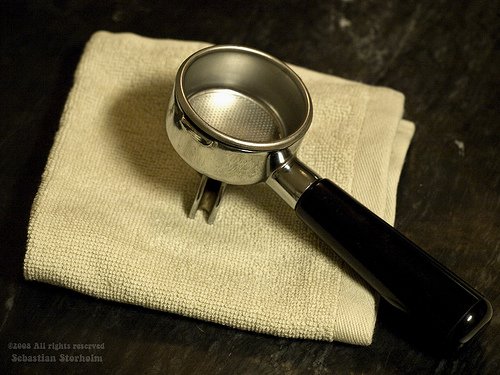 I also got a set of 6 for quite little money, and considering that's it's a designer brand it's quite the steal.
Sebastian "Stuggi" Storholm
LMWDP #136
Top

My towels are similar in color to that. I think they were organic cotton or something like that. Are yours?

Yes, Microfiber towels are very nice. They really clean a steam wand and are great for use on the brushed stainless. After a hint on TMC (Too Much Coffee) I bought a couple black 16"x16" microfiber bowling ball towels. They are really thick and work well.
HERE
I am looking for a place to buy a good dye to re-dye all the pastel ones I have like yours.
Thanks for the tip on H-B.
Cheerz
-Richard
richard penney LMWDP #090,
Top

shadowfax wrote:My towels are similar in color to that. I think they were organic cotton or something like that. Are yours?

Pure 100% cotton, just like my bath-towels and bath-robe (which incidentally are made by the same company) only a bit less fluffy. No microfiber stuff going on here, since it wouldn't like my La Pav very much. It also makes them easier to clean...
Sebastian "Stuggi" Storholm
LMWDP #136
Top

BTW, these are designed by a dude called Ristomatti Ratia (who's mother is behind the Finnish "Marimekko" brand, which I'm told is quite big in the US.)
Sebastian "Stuggi" Storholm
LMWDP #136
Top

Hi Stuggi,
My bad, I still like the microfiber ones.
Cheers
-Richard
richard penney LMWDP #090,
Top

I'm sort of fond of these, perfect size to use once and toss in the hamper and I have enough I never run out. 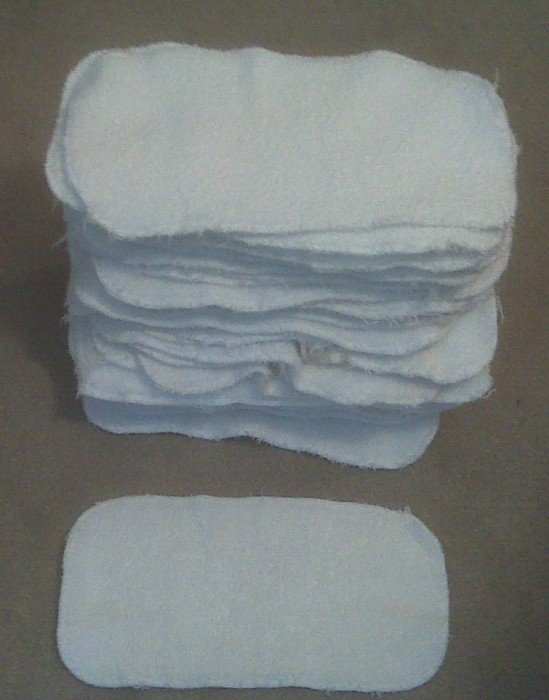 espressme wrote: I am looking for a place to buy a good dye to re-dye all the pastel ones I have like yours.

Coffee has been used as a dye for almost as long as the first to-go cup was served to some poor schmuck with a white tunic on an ox-cart. Not only would it hide the stains, but any re-introduction would just be touching up the dye job. Grind some old stale coffee, or better yet, save a couple weeks worth of pucks, and boil the lot with your towels. Use quite a lot of coffee per towel, especially if you're using spent pucks. Once it's boiling, dunk the towels, and let it come to a boil again. Simmer for as long as you can stand the smell of boiling coffee in your house, and let it cool. Dump the grounds/water on your garden as soon as it's cool enough not to scald your tomatoes, and then rinse the towels in cold water. If you do this in your kitchen sink, wrap your strainer in pantyhose or cheese cloth to keep the grounds out of your trap. It's better to do it outside, over the lawn, the garden, or a tree well.
VIOLA, unstainable coffee cloths!
Espresso Sniper
One Shot, One Kill

Mine's a dark brown dish cloth I got from Wally World. Less than $2 IIRC. Shoulda bought a few for that price. Its grooved cotton on the front and some kind of plastic "scrubby" on the back. I don't use in on the steam wand. Just under the grinder and to wipe the counter.

I like the idea of microfiber, but its hard to find dark ones locally. Good suggestion, Richard.
Cathi
LMWDP #113
Top

Yeah, they're great around the house (my mother swears by them, and they are really good), but as I said, they melt on the hot pavoni...
Sebastian "Stuggi" Storholm
LMWDP #136
Top
← Back •
By accessing this site, you agree to the site's terms of service. If you need help with the site, please contact us.