How to conceal your new equipment purchase from the spouse

This didn't work for long

- I'll be looking for ideas for the next piece of hardware! 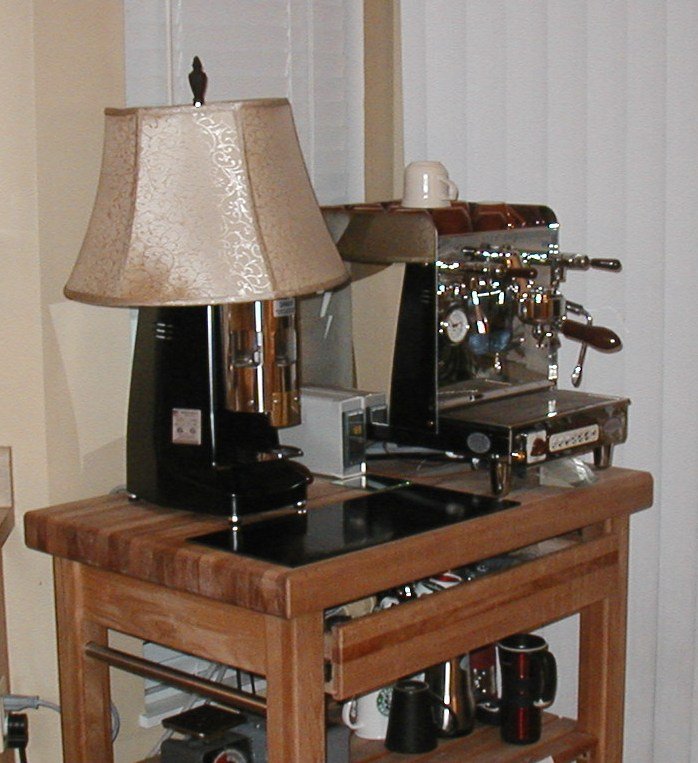 I know you're joking but on some other hobbyist websites that I frequent it's shocking how many guys really do hide and lie about high-dollar purchases from spouses. Some guys do it very regularly. I'm really thankful that my wife and I don't have a relationship with that kind of deception!

They even start threads about the best methods of hiding, say, a new electric bass from your spouse and how to smuggle it in.

Heh - reminds me of a story 'bout a young man, a shiny new Les Paul Jr, and a few missing head of cattle...

No kidding. I'm new to espresso machines, it was rather conspicuous when a machine showed up in the kitchen. On the other hand, I fish and have bird dogs, so she's used to it from new fly rods, puppies, and shotguns showing up unannounced. God love a forgiving woman.
Top

Oh yeah - there's my favorite passion - quail hunting. But the old shorthair now has pretty bad arthritis (the hardest-working living thing I've ever known and he gets 9 months a year off) and I haven't seen a decent covey in north missouri in three or four years! This year looks like it may be better though.

Hiding coffee machines is a matter of expectation... I keep trying to persuade my wife that something scary is going to arrive, like a six group Faema Nettuno or a 25kg roaster. A single group machine comes as a bit of a relief for her and in self-defence she now wants either a President or a Marte for herself (its either self defence or perhaps a touch of Stockholm syndrome, I am not the one to decide

I've been checking craigslist for roasters and found this deal. Try hiding this large roaster in the garage! From the photo below it just looks like a bunch of metal that can perhaps blend it with the rest of the junk in the garage. 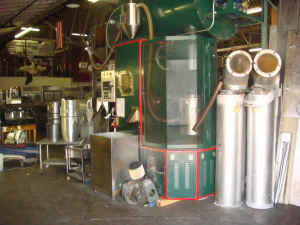 That is hilarious; I like the lamp shade Mazzer.

The last machine I got, I told the wife I had a box of espresso machine parts coming, I just did not tell her all the parts were assembled into a machine. She gave me that 'roll the eyes' look when it arrived.
Dave Stephens
Top

Brads, when I upgraded to my Kony my wife knew it was coming but I choose to pick the week that she was out of the Country on a business trip to have it delivered.

She always brings me back coffee too.

Brad, if you rigged it so that each time you turned on the machine a light would go on, you just
might have gotten away with it.

perstare
Top
← Back •
By accessing this site, you agree to the site's terms of service. If you need help with the site, please contact us.