Want to talk espresso but not sure which forum? If so, this is the right one.
← Back to Knockbox • 18 posts •

the host trade show is coming up in milan. this huge event is held in odd numbered years and is one of the more important gatherings for coffee trade folks.

if anyone will be attending perhaps they could post a report(s) and /or photos here at h-b.

I'll be taking loads of pics but probably won't be able to do any posting until I come back the weekend of the 27th.

Here is a link to some of my pics from Host


More to come as I build the sets
Top

thanks very much terry for your most excellent pictures.

lots of interesting equipment on display. the la marzocco collection exhibit is a special treat.

have been in touch with the redoubtable hv who reports some of his pictures are now up on flickr as well.

here is the addie:

terryz wrote:Here is a link to some of my pics from Host


More to come as I build the sets

That VBM is huge! Is that a commercial single group or something special, or is it a play on perspective and Angelo is standing further behind that machine than I think? 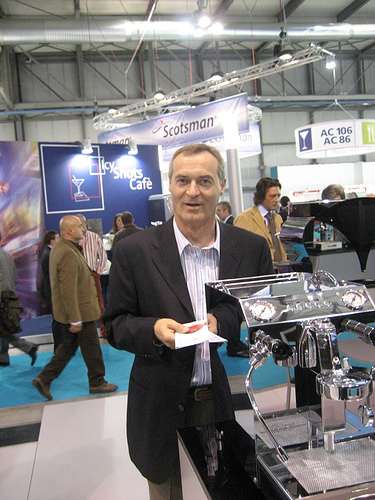 hv has posted this album of pictures taken at the sunbeam of australia booth:

they are demonstrating a dual thermoblock home machine.

alan frew wrote a detailed review of an earlier edition of this product at his excellent site:

sunbeam of australia is a separate entity from sunbeam of u.s.a.

Aieee! Nothing about the Elektra Nino grinder that was supposed to have been released there? Terry? Anybody?

hv has added more pictures to his flickr album,

another host report with photos:

french text this time, for dan and ken

Does anyone know what the espresso cups in this photo are? 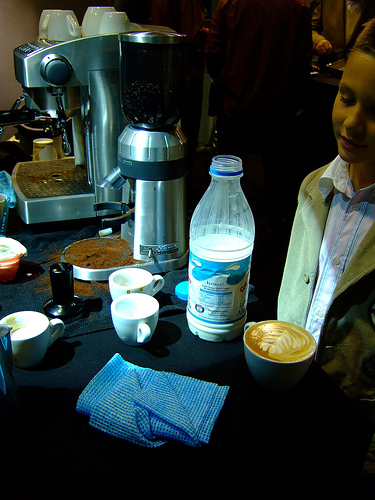