Want to talk espresso but not sure which forum? If so, this is the right one.
← Back to Knockbox • 10 posts 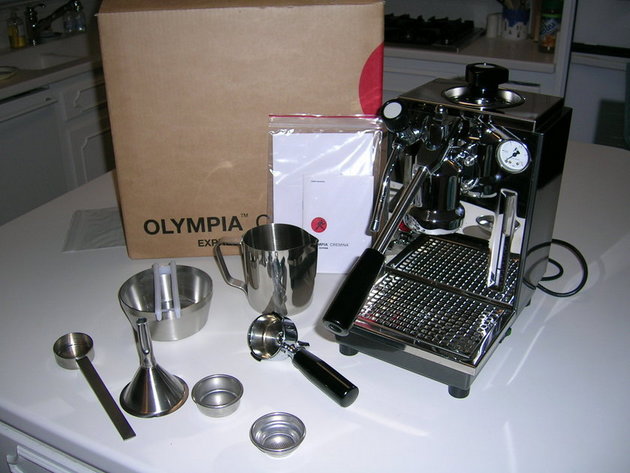 (From Olympia Cremina 2002: The evolution of design)

Of course, anyone planning to actually touch it is expected to wear cotton gloves. Many thanks to Jim at 1st-line equipment for the loaner!
Dan Kehn
Top

Just got this working, it'll be at espresso fest - hopefully still working... 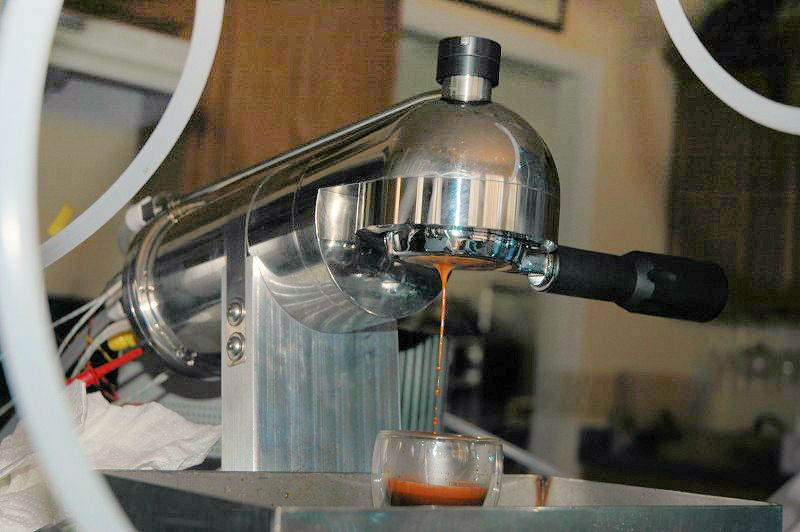 Thanks Lino for sharing a glimpse of your project (codename Flux Capacitor)! Sean has his own project, codename Monolith. You can see both in action during the Mr. Wizard's Lab session and also during the adhoc track. Bring your cameras boys and girls, nobody will believe you otherwise.

Geeze Lino - awesome! Looks like a cross between Alien and T2 - a real beast!
Geoff
Top

For those who could not make it to Espressofest, can you provide some details on the espresso machines you brought ? I'm really interested in any details your are willing to share.

Sean - is the 'monolith' a modified Brewtus?

Okay, it's a while back now, but I'm still interested to hear about Lino's cool looking contraption. Especially if it has a grate over the drip tray now ;P
LMWDP #034 | 2011: Q Exam, WBrC #3, Aus Cup Tasting #1 | Insta: @lucacoffeenotes
Top