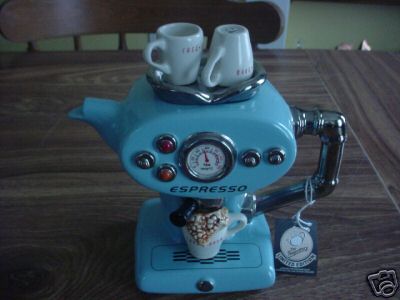 That is hysterical! I love it!

I'm really incurable. My first thought was "Hey, cool... I want one." Seconds later, "Hmm-m, bet the temp drops like a rock 15 seconds into the shot, it has wet steam, and probably an unregulated vibe pump... Ah, fugetaboutit."

Is that a new life form i see on the top of the cup?

just how old WAS the grind anyway?
Top

Our hope is that this report may serve a dual purpose as ethnographic data for a social science audience and as a supplement to the training manuals currently employed by Caffe Nero and similar espresso-based drink providers.

The Internet cafe, otherwise known as "wang ba" in Chinese, has mushroomed in recent years in the People's Republic of China (PRC). Reportedly, there were 94,150 Internet cafes in the PRC as of December 2001. Since most Chinese cannot afford computers, they are most likely to access the internet at work or at public places like wang ba.

The Significance of the Issue in Greater China

Wang ba translates as "Net bar." But the majority of them qualify neither as cafes nor bars. You won't find espresso machines or beer on tap. You will, however, see plenty of ashtrays and breathe in lots of smoke. Some facilities are so primitive, the only bathroom is a bucket against a wall.

Like those at the wang ba, most owners skirt the law, operating without a license and serving minors. China permits people younger than 18 to patronize licensed wang bas on weekends and holidays. Those younger than 14 can enter only with an adult.

Some say Beijing is responsible for promoting illicit wang bas. The Communist government is so afraid of the Internet's power to spread antisocial activities, it has tried to control Internet cafes by making it nearly impossible to get a license. Instead, the move has had the opposite effect.

The illegal market has flourished, with fewer safety precautions. Authorities announced that all the 2,400 internet cafes in Beijing - only 10 percent of which are licensed. Illegal operators thrive-they give young Web users what they want: 24-hour service for as little as 25 cents an hour, cigarettes, even cots to crash on. This makes for cheap entertainment, even in China.

from Safety in Internet Service Venues: A Cross-Cultural Comparison

So, I felt like I owed it to myself to travel to the birthplace of coffee - Ethiopia. In a coffee bar in Addis Ababa, the capital of Ethiopia, a historian told me he knew exactly where the first coffee plants had grown. And he drew me a detailed map.

I hired Land Cruisers to take us to what he called 'The Mother Tree', but they could only get so far and we had to cover the final 15 miles, in unbearably high humidity, on foot. That meant crossing fast-running water in boots with no grip, but at least the efforts of the BBC amused the forest children who had tagged along.

They showed us the best paths to take through the forest, and to say thank you I presented them with some Smarties. I could see they were disappointed. Their faces lit-up, however, when the producer gave them hard cash. Wherever you are in the world, children will be children. 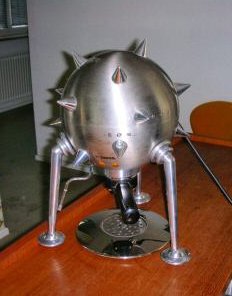 Now wouldn't that look nice next to that Salton UFO popper? 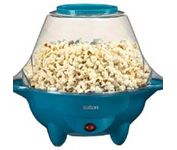 They're definitely from neighoring planets.
Regards
Timo
Top
← Back •
By accessing this site, you agree to the site's terms of service. If you need help with the site, please contact us.