Cock-a-doodle-dooooo. Awaken to the smell of coffee... 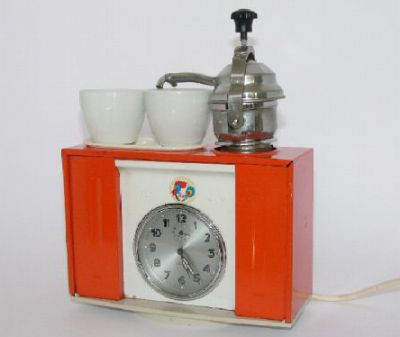 Argh... most of those look like they're about to grow fur and ask for conversation.

I wanted an espresso machine, not a cat!
Top

Make mine a ristretto...


Trying to ease the image of the prison system once again, the Washington state Department of Corrections is adding an espresso stand at its McNeil Island penitentiary. Why? Because the D.O.C. thinks it will make a fine addition to its vocational training program.

Last month Starbucks said it had signed an exclusive deal to sell audio versions of the books "The Velveteen Rabbit" and "The Night Before Christmas" read by actress Meryl Streep. Earlier this year, Starbucks started selling DVDs of children's music performer Laurie Berkner.

from Getting the Kids Hooked on Starbucks
By Janet Adamy
June 27th, 2006
Wall Street Journal

A testing kit that uses antibodies from llama blood could help consumers and companies identify the presence of caffeine in beverages. ...To develop the new immunoassay test, [scientists] obtained an antibody derived from the blood of llamas ... They obtained the antibodies by repeatedly injecting the animals with caffeine to illicit [sic] an immune response to the drug.

Because one is not enough 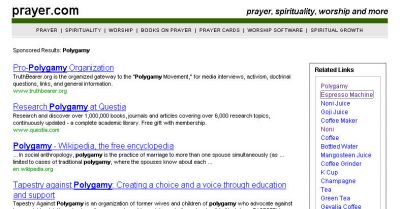 If I am out, and have forgotten my albuterol inhaler, and I'm having difficulty breathing -- I head to wherever ... I can go for an espresso or a giant cup of coffee. The caffeine acts as an anti-inflamatory agent -- it helps to reduce air-way swelling. While it's NEVER a good idea to leave without your medication -- it's always a good idea to have an alternate, just in case ... !

RETHINKING THE ACOUSTICS OF MODERN LIBRARIES
The library was once a sanctuary of quiet---but modern technology has irreversibly transformed its soundscape. At session 4pAAc, acoustical consultants and other researchers will discuss the new acoustical landscape and describe ways to manage the acoustics. "Printers, copiers, wireless computers, and espresso machines all contribute to the soundscape of typical libraries," writes Acentech's Benjamin Markham, who will explore the implications of wireless technology on library acoustics (4pAAc5).

One of many interesting session descriptions from Acoustics in New England conference, June 2006. 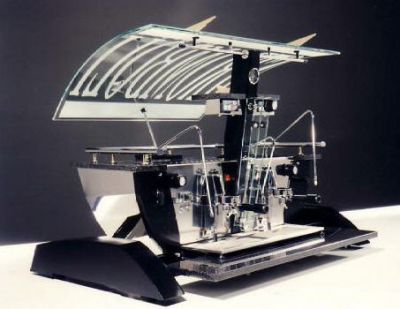 If only it dispensed crushed ice... 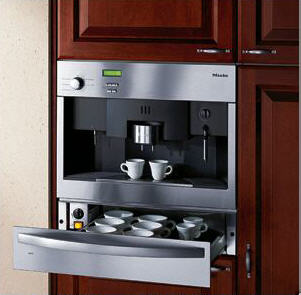