I bought my Ascaso Steel DUO TRONIC with water line in for 380CAD$ unused off kijiji (Canada's Craiglist). The guy claimed to have owned an espresso store in the past (I didn't really believe him though).

I also picked up some Lavazza Cappuccino cups new at a garage sale this summer (6$ for a set of 4 mugs and saucers).
Top

ok.... so here is my first post here! been lurking for years! lol Anyway, I just made a HUGE score(s) I found!! Heres my quick story! At local restaurant liquidators auction, and rummaging through their goodies and found a beautiful Fiorenzato Fenice ,untested, with 2 E61 group heads and a 2.7 gallon HX! I made offer of 399... they said OK! so I BOUGHT IT! well then couple days later they called me and said they had another machine... 2007 LA..... MARZOCCO LINEA! 3EE !!! then they said make offer! I DID! $300!!! and its NOW sitting at my house!!! YOWZA!!!! here is my youtube video! both need some work but mostly seems from testing maintenance and couple parts (portafilters, stem knob, brew switches, pump n motor, and power chord..some idiot took wire cutters and snipped it off up by inside of machine instead of leaving SOME length... was probably hard wired in cafe) but nothing destroyed! I opened up one group and it was pretty clean! and there isn't even any dust on inside of machine anyplace!

Those are some pretty awesome scores all around! I considered checking out the wholesale commercial kitchen appliance liquidators in the area when I was in the hunt for a grinder. There's got to be some deals lying around. I have an inkling that they wouldn't know the value difference between a Bunn or a Ditting.
Top

I just tested and serviced the Fiorenzato and I realized only 3 possible issues needed new OPV valve ( why? most likely scale or over pressured boiler from failed pressurestat ( Sirai ), since the pressurestat was missing its top Im suspecting that was culprit... plus somehow they managed to loose the water tap and also rearranged them on machine so steam came from water tap arm ( no diffuser ) and so on... I worked all that out, put on my test manometer and off we go! 2Bar+ in boiler before pressure tat kicked in! WOW! adjusted it but it doesn't come on til around .5bar and off at 1.5bar... so replacement coming and also descale and rebuild it basically... needless to say! it does work and doesn't show any signs of cracked boiler or leaks! Sure is pretty! but its not the 2007 laMarzocco!!!! Im SOOO EXCITED about this one! 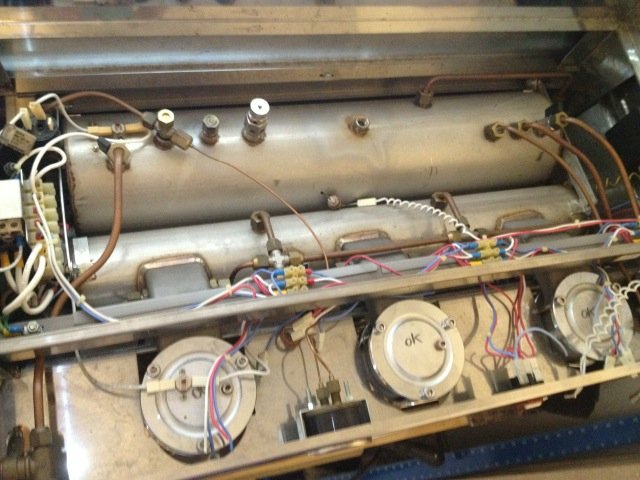 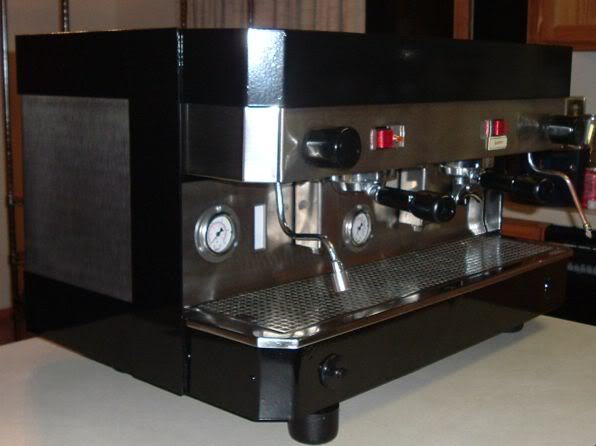 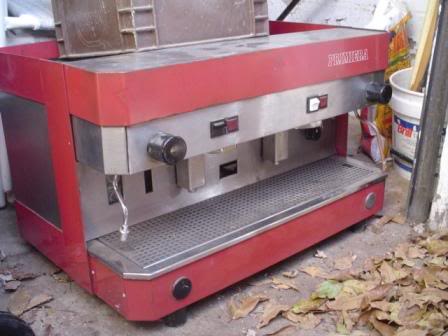 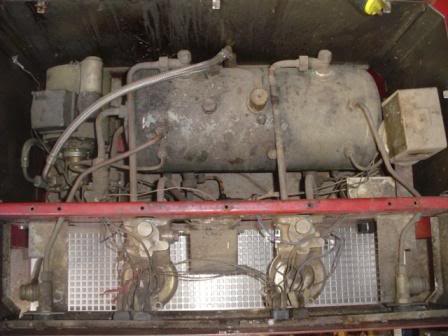 NICE! You did a remarkable job on that beauty! How is it working now? Im currently disassembling the fiorenzato... it works but brew pressure isn't correct and since I have to dig down there anyway, its probably scaled up ... could be pump pressure as gauge doesn't change from 5bar up or down on or off even when pulling shot... I haven't fabricated a portafilter pressure gauge yet for E-61 but coming soon... lol 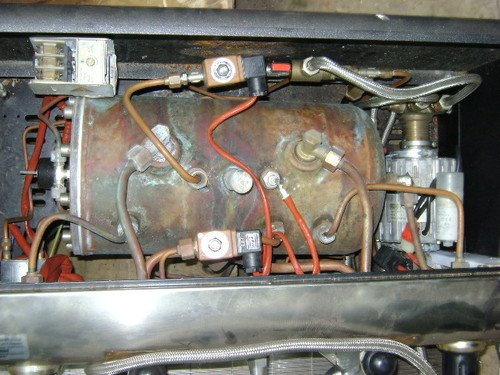 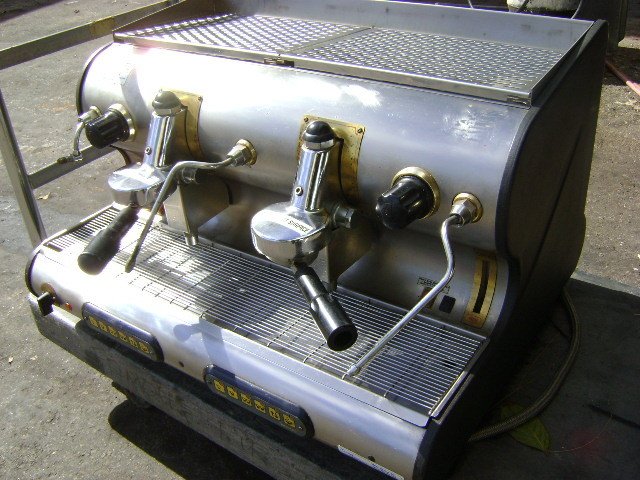 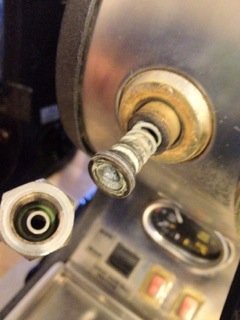 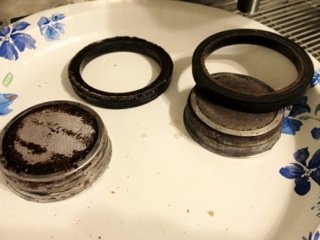 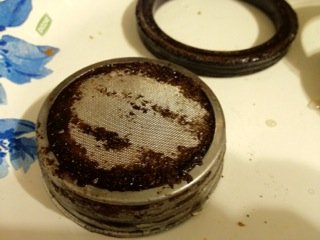 I didn't think it right to say so on my own, but this thread moved me to jump in.
The 1986 Cremina and an Anfim Baby grinder for $325 from CL during the depth of the recent crash.

I added the walnut knobs, handles and accouterments. 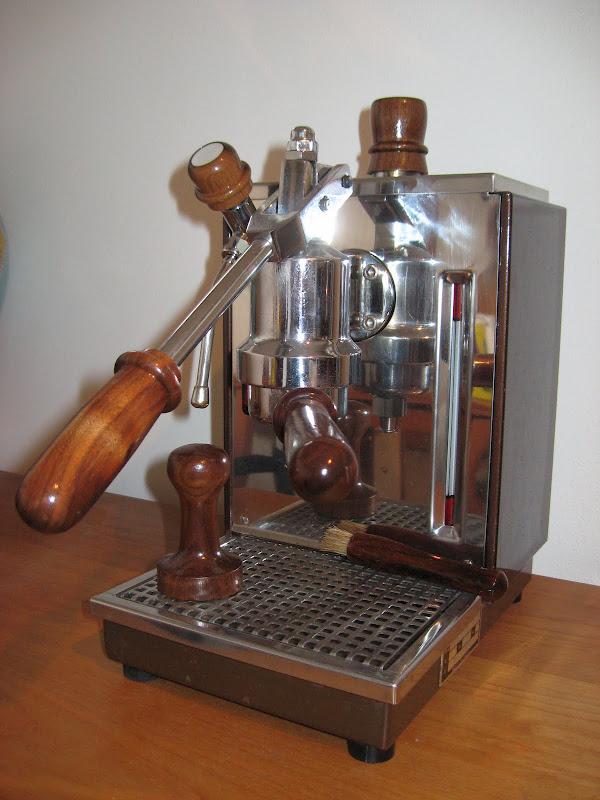 How does this one do in the, "You want how much?"

I saw that and felt like sending him an email to tell him just how retarded he must be. There has to be a stupid joke behind him wasting his time to post that. You can buy two brand new for that price. What's he smoking?

Oh, and great score on the Cremina SAS!
Top

HA! I did send him an email and tell him how retarded he was!!! Then I send another email with a link to the grinder he was selling, but half the price.
Top
← Back •
By accessing this site, you agree to the site's terms of service. If you need help with the site, please contact us.