Discuss roast levels and profiles for espresso, equipment for roasting coffee.
← Back to Roasting

So, I've done a few minor mods to my M3, thinking about doing some additional ones. I know the mega mod thread is there and exists (I've made a pass through), but I was hoping to make and maintain a thread to either index posts there, or from other threads. In addition just to find out what is the current latest list of mods, and which ones do what exactly!

I'll try to just stick with functional mods, not ones done for looks. Also broken apart between mods and just accessories. So here's my first pass at it (in no particular order).

Modifications: Accessories: Resources: Hope this helps, I'm trying to decide what I'll be doing next, but likely either getting a perforated drum or drilling mine seems in the works. Thanks to the community for coming up with all this stuff!
http://espressoforge.com
Top

Wow, you have done a great job and deserve a huge thanks!

I have read through the other mods thread, but this is just so nice and organized. Good job!

I still need to cut my resister and add the copper tube. I do not think I am going to insulate my drum at this point.

Since I was indexing for myself to read again, it made sense to make it a post. If I forgot or missed anything that wasn't in the mega thread, let me know. Or if any explanation isn't correct let me know and I'll update the OP.

I've cut my resistor and seasoned my drum in the past. I think I'd like to try out a perforated drum, but I haven't decided the route to go...new drum or modifying old one.

I'd also really like to figure out a way to reverse the airflow. The exhaust fan I wish was on the intake so it wouldn't get so dirty.
http://espressoforge.com
Top

Relative newbie here, but just rec'd my new Quest M3, and have seen wonderful handles/knobs that are posted on this thread. Would someone be kind enough to let me know who I might contact to have some made? Might as well start off 'looking good' w/the M3. Many thanks in advance....
Top

goducks wrote:Relative newbie here, but just rec'd my new Quest M3, and have seen wonderful handles/knobs that are posted on this thread. Would someone be kind enough to let me know who I might contact to have some made? Might as well start off 'looking good' w/the M3. Many thanks in advance....

Stephen Sweeney made most of them. He posts under photodvr. Apologies for typos, I'm on mobile at the moment.
Top

I've recently upgraded to a Quest M3s, and I am loving it. I'm also a 3d printer nut, so I couldn't help but make a couple of addons for the Quest. Here are links to the a charging funnel and a set of feet:

The funnel is a "re-mix" of the one designed by Hiroko Price.
Top


That funnel is really cool! I wish I had access to a 3D printer to try and make one. I use a canning jar funnel, taped to a cardboard tube from a paper towel roll. It works well and has a very large diameter throat, which was my main goal.
Top

I printed a set of knobs for the M3s. This is a bit tricky, because most 3d filaments can't handle the temperatures involved. I'm currently using Proto-pasta's high temp carbon fiber PLA. This can be annealed after printing, which raises the temperature it deforms at significantly. So far it's holding up, but time will tell. I really like the look of the black CF knobs, so I hope they don't melt! 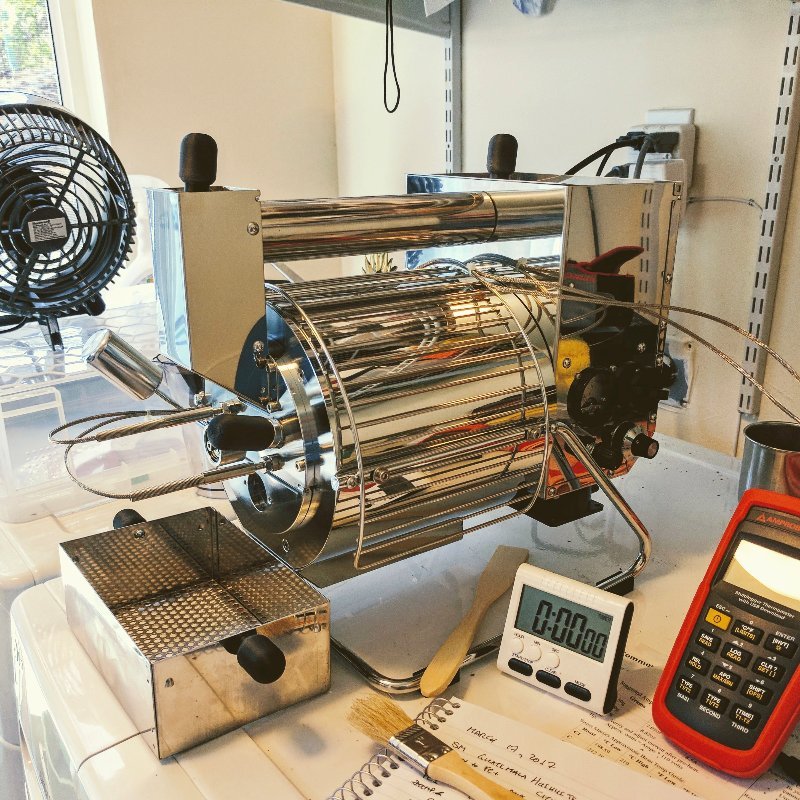