I have installed another bean temperature probe in the position of the left screw of the glass window. This position "BT2" is near the bottom of the drum and can be fully submerged inside the beans to have a better approximation of bean temperature than the "original" BT probe position in M3. I have posted the Artisan chart with 4 probes measurement of temperature using TC4. 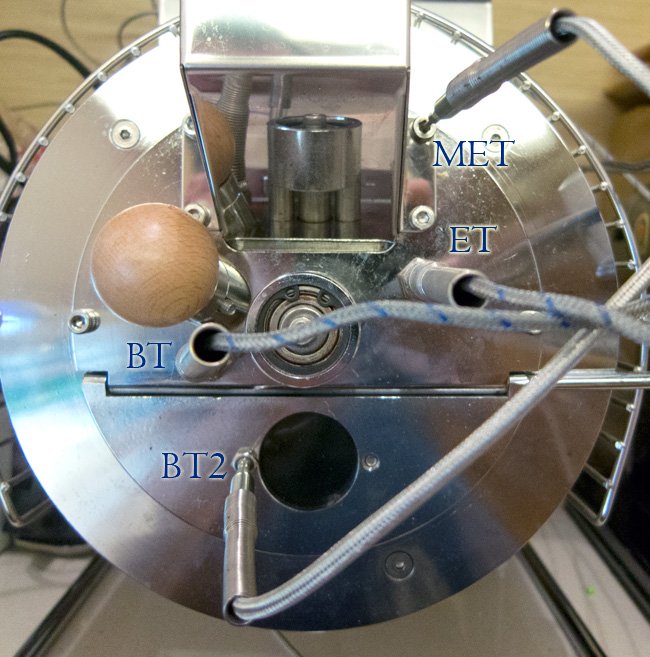 What is worth mentioning is the difference between the original (BT-blue) and new (BT2-green) after the 1st crack, the BT measure is still rising whereas BT2 is becoming flat and rise slowly. If we use the original BT for measurement and try to lower the power towards the end of the roast, the actual bean temperature may become flat or dropping even in the chat showing "BT" is still rising slowly hence "baking". 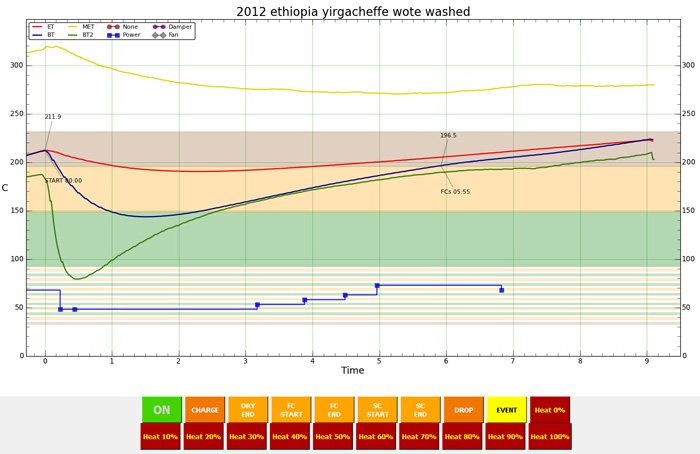 The BT2 probe screw size is M4 and length of the TC sensor is 2.5cm without hitting by the rotating fin inside the drum.

Thanks, Alex. I've been toying with the idea of putting a BT probe in the exact same spot. Now the trick is to find a thermocouple probe that can fit.

The difference in temperature between BT and BT2 is larger than I would've hoped to see.

Any issues with the thermocouple being in the way when you drop the roast into the cooling tray?
If your tiny coffee is so great, then why don't you drink more of it?
Top

The actual length of the the TC senor is 3cm with 2.5 cm after the door and it does not hit the drum when open the drop door.
LMWDP #327
SCAA Q-Grader
Top

This is a cool mod, I had pondered how to get a TC in that spot before, nice solution you implmented.

Would you mind letting me know where you got your TC, and describing the install process a little more, I would love to copy this setup.

Thanks for the Artisan snapshot Alex! It really says a lot! I have my probe inside the bean mass, similar to the spot you use now. What I did was use the original hole for the bean temp probe, but instead of putting a probe in there I basically put a metal post(one that I could bend down into the bean mass). Then I wrap a bare thermocouple around the post, so it stays in position. I run the wire up threw the chimney, and out one of the chimney screw holes.
Top

My BT probe from erics is simply bent so that it lays directly in the center of the bean mass.

I've also pulled out my ET probe and am going without it. I never really made decisions or changes in the roast based on it, so it was only visual clutter in my opinion.
Top

Few photos on the installation of BT2 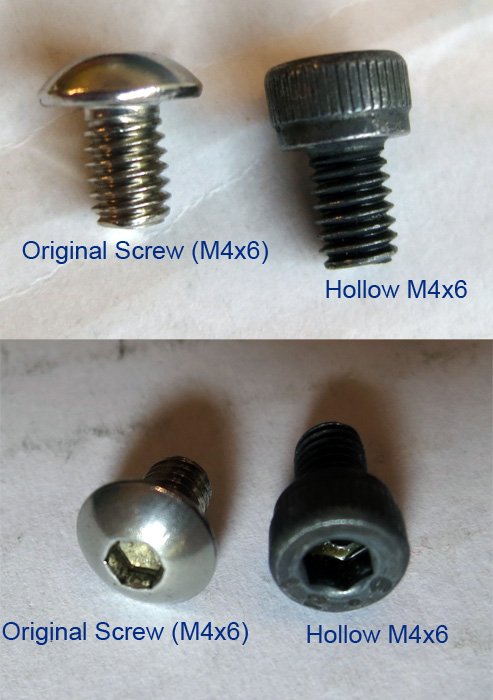 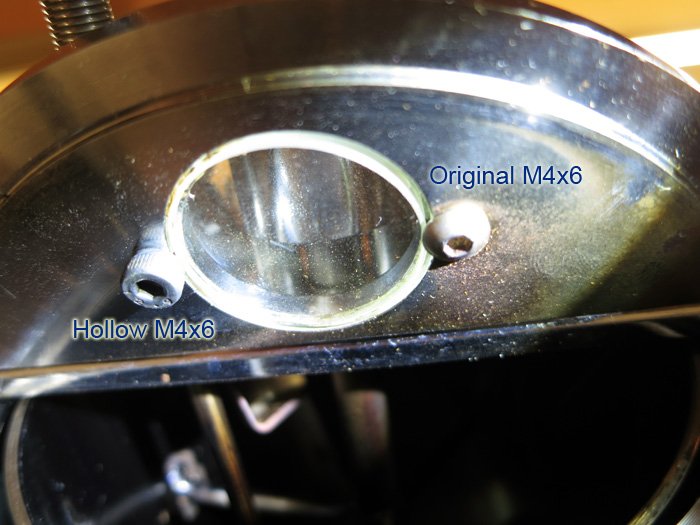 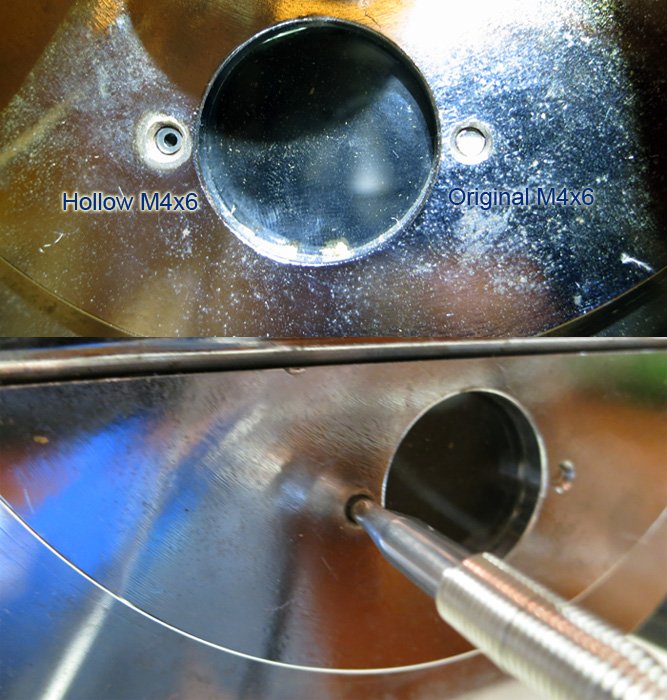 Great, excited to get this over to Macau and get it installed on my M3!

If you own a drill press, here's a nifty trick to drill a centered hole in the original screw. I've done it for my MET probe and it works well, but takes a bit more finesse with lower-end drill presses.

Alex,
do you happen to know the diameter of the thermocouple probe that you're using?
If your tiny coffee is so great, then why don't you drink more of it?
Top
← Back •
By accessing this site, you agree to the site's terms of service. If you need help with the site, please contact us.