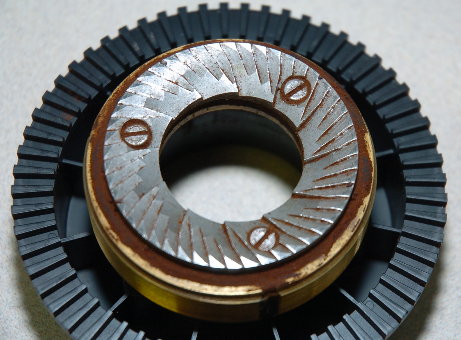 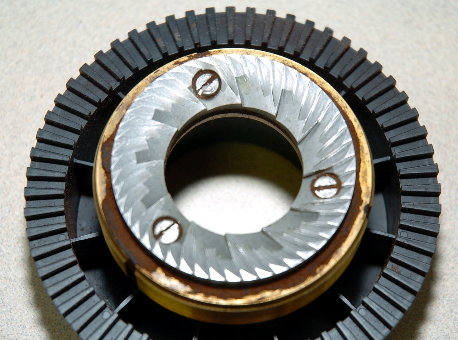 improvement. Except for the funky grunge around the burr.
What's missing from the post is one week later which will look like Before


HB wrote: At least for the Mazzer, the difference between one week and six months of trapped buildup isn't readily apparent - what the rice (or Grindz) doesn't get is redeposited post-haste.

from Cleaning a Mazzer Mini, also from 2005

AFAIK, no one has run a set of blind tests on two grinders, with one being cleaned and the other 'dirty'.
"Confirmation Bias" is more powerful than many are willing to accept.
Ian's Coffee Stuff
http://www.ieLogical.com/coffee
Top

OK, but as the original poster here, my question is specific to the Niche. I can understand why other grinders can using cleaning from time to time, because they retain quite a bit of coffee. But the Niche retains so little, it seems like cleaning that out of there is just not necessary.
Top

Every three to six months just be sure everything looks well and a stone hasn't run through...

dndrich wrote:OK, but as the original poster here, my question is specific to the Niche. I can understand why other grinders can using cleaning from time to time, because they retain quite a bit of coffee. But the Niche retains so little, it seems like cleaning that out of there is just not necessary.

It's an eternal debate. Moka pot users argue over the same thing: to clean or not to clean. In the world of moka pots there is even a belief that a dirty pot is "seasoned". That's just silly, in my opinion, but evidence that an unwashed pot affects the taste of the coffee in a way that is actually noticeable is lacking.

Granted, many people suspect that not cleaning a grinder is possibly a bad idea in the long term. But you can ignore them. They don't have any proof, at least not for a Niche Zero and the type of coffee you use.

Granted, Niche suggests disassembly and brushing the interior every couple of months or so. And to remove oils they recommend using a brush or a paper towel. But they're probably talking about a worst case scenario. Just covering their butts. So you can ignore their advice.

Granted, it's admitted by Niche that an uncleaned grinder can shift in the grind setting by a significant amount. But who cares if your setting is changed by the presence of old coffee slowly going rancid? What difference does it make? I suppose next someone is to suggest that you at least occasionally brush the inside of your toilet bowl. It's just not necessary.
Top

Hmm. Nah. I can certainly take it apart once in a while. It is very easy to do. Very easy. I just wondered about this. I do clean my toilet by the way...
Top

While I was being rather silly I was also serious. I go through the same thing with my grinder. Do I really need to take it apart and clean it? I go a long time in between cleanings, like a year. And then when I've done it I usually have to dial in my grinder again. Nothing else changes, not that I can tell. The coffee doesn't taste better. I *feel* better having a clean grinder.
Top

Just spend 5 minutes a few times a year to clean, even if not technically necessary, it's best practice. I will say there have been times I've cleaned it and seen almost nothing and times where I've seen quite a bit more. I believe grind size, humidity and static, bean type, etc may cause this to vary.
Top

Sure, maintain your gear. In general, I am in the jpender camp here. Years ago I attended a piano concert in San Francisco with the great pianist Garrick Ohlsson. There was a moment where it felt like I was listening to pure music and the piano disappeared. This set a high mark for what I would love to do in any creative discipline. When I'm just tasting the coffee that I want to prepare, the way I wanted to prepare it, considerations about my gear aren't front of mind.

To the topic at hand, I am a long-time user of the Niche Zero grinder. I rarely open it up to clean it. I don't use it for anything but espresso. Over time, the setting needs to be adjusted a bit finer. But I am able to do this on the fly and pull the shots I want, especially when paired with my commercial lever. I clear any residue that you could taste after each shot by using a pastry puffer.
Gary
LMWDP#308

Pressino wrote:I read somewhere a while ago that "regular" rice can be hard enough to cause excessive wear on the burrs and that "minute rice" would be safer to use for cleaning (and much less costly than Grindz...). I know that par-boiled rice is still harder than "minute rice" but slightly softer than completely raw rice. Do you know if it would be as safe as "minute rice" to use in pass-through grinder cleaning?

This one is about 2/3 the price of Grindz locally. Whilst grain based it's gluten free (as is rice) which is an important consideration if you are ever to serve coffee to a coeliac as most of us won't think to ask about which grinder cleaner was/is used!

Make sure you wipe down the inside of the exit chute once in a while. How long a while is will be up to you. Don't have a niche, don't know what the exit chute is made of, but I had a small brass pipe as an exit chute for my grinder. Never even thought of wiping it down. I always tapped out the grinds stuck in there. A few years later, I check it. It has a film of gummy coffee oils in it.
Top
← Back •
By accessing this site, you agree to the site's terms of service. If you need help with the site, please contact us .