Per the Guidelines for productive online discussion:
If contributors to this thread want to continue non-coffee discussion of US/China politics, please use e-mail or PMs. Thanks.
Dan Kehn
Top 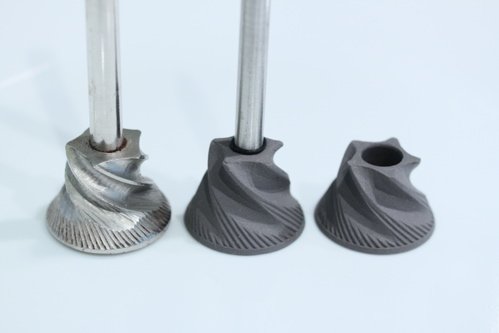 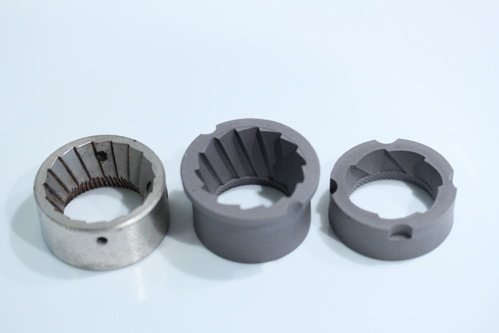 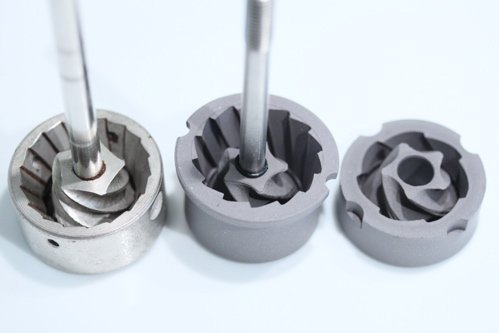 Striking differences between the Skerton and Slim, with the former appearing to have a very small fine grind area on the outer burr, which may explain (along with the lack of a spring spring) why it proves less suitable for espresso by all reports.

I believe Doug wouldn't recommend and promote an item which is not suitable to do the job it's supposed to, and that's why I'm surprised with the kyocera espresso story. Maybe their quality vary from model to model or production line to production line?
As for the so called discussion on politics, understanding the situation in China is needed as background for these products and marketing we're discussing here.
It's not actually nation but it's government that is the problem.

chang00 wrote: It is more common to see the similarities of basic human values, rather than differences. A typical Chinese has similar aspirations to her US counterpart. She worries about school for her child, work, health care, caring for the aging parents, retirement, etc.

chang00 wrote: Since 1980's, communism in China really is in name only. The communist party might as well be called the Progressive Socialist party.

Not agreed. It's a totalitarian government pretending to be in the people's favour and for the people, what they actually do is smothering every real value in the chinese people, every thinking outside of the borders setup by themselves, and they do this applying the guidelines prescribed by the fathers of the beast and used in the other communist countries, but to much more extent. Only the ideological ideas are abandoned. Discussing the ways of killings, terrorising families and growing group of people sharing common interests would be certainly offtopic (though I recommend reading about it), yet the political situation is not because in the marketing field the same line of thinking can be seen, like the example given in this thread.

chang00 wrote:After all, the pursuit of happiness, and probably good coffee, is a universal value.

So is the pursuit of control and power.
As coffee community we should be aware that this values of quality, good taste, celebration of pleasure have all notion of freedom and individuality. These are the enemy of cheap, mass production, of mass happiness, mass thinking the same is happiness for everyone, of controlling others being the mass by some being the better few above the mass etc. Marketing strategies and search of the cheapest and most effective production, employed massively, could destroy any market. We don't want a situation when the medium quality grinders prices will be many times higher and at the level they're now there will be a bunch of chinese grinders and everyone raising a word against their quality (not only built quality but quality of grind too) will get ridiculed and bashed, do we?
'a a ha sha sa ma!

Good morning to all:


HB wrote: If contributors to this thread want to continue non-coffee discussion of US/China politics ...

As timely and succinct as always.
Thank you, Dan.
Top

Very nice photos of the burrs there, thanks for posting them. We have used all of the new grindes available presently for sale and as much as anything find the Hario grinders to be a bit ergonomically difficult to use. The big Kyocera cl 50 and the Hario Skerton, since they basically are the same gridner are a bit large in diameter to hold and must be held against a counter top to avoid throwing beans all about from the open hopper. The Mini and small Kyocera cl 45 are about the same profile, but the Hario has a holow handle that is difficult for me, at least, to use. We have had nothing but good results with the small Kyocera and it is a very good travel grinder for us. It is very difficult to do direct comparisons on brightness of coffee taste and other possibly subjective judgments on any of these grinders in my opinion.
Zassenhaus still makes a superb grinder for the finest grinding modes. Peugeot makes a good one for drip ranges but not into espresso, we have yet to obtain a new Tre Spade, which is still in production, and since we cannot get even one from any source we assume buying a case would be impossible, even if they are superior (they cost much more than new Zass etc).
Sadly, none of the new manufacture is as good as the vintage grinders, with the rock solid lower burr adjustment mechanism and lower bearing designs. KyM was the best of all and for all their decades of production never changed their burr/bearing design. Zass used a lot of different bearings and burrs as did PeDe. Lehnartz is one of the best as they did extra machine work on the burr and have some amazing triple bearing designs for extra stability. The old Peugeot metal bodies are tops for french press with some special design elements (countersprings) that make an even coarse grind. The big old Zass and PeDe exposed funnel grinders from the early 1900s are also some great press grinders....a lot of this has to do with the style of coffee that the grinder was used for at the specific cultural moment.
Gassing on about vintage grinders almost feels like a geezer hobby, like how all the old cars were so great even though they use a quart of oil every 1000 miles and get 10 mpg.

I am not bashing China manufacture here, just trying to use these bits to sleuth the thing out as to who made what where and when. We looked at a lot of sellers descriptions on the Hario Skerton and Kyocera CL-50 and they seem to claim that these grind turkish, implying espresso, which they do not. I don't like reading claims that are completely untrue since of course someone will believe it, buy what they think is an espresso grinder for 30 bucks, and be forever as bitter as their coffee. Of course, it is hard to sell something by saying it is a piece of crap or even that it is not as big a piece of crap as the other one. I suppose we need some good product reviews here to start a discussion of the pros and cons of these new hand grinders and the realistic scenarios that they can be expected to perform in. We are looking in to carrying the Skerton or CL-50 or Hario Mini (although Hario is a bit difficult to deal with) but if that time comes we surely won't make claims about these products that are not true just to make a profit of 10 bucks per grinder....that's B.S all around.
Doug Garrott
www.orphanespresso.com
Top

The Skerton with the glass container and ceramic burr set is quite useful at cupping. I have always suspected that the lower revolution of a manual grinder is conducive in preserving the dry aroma/fragrance, compared with electric grinders. Additionally, the whole grinder can be washed to remove any residual oil and stale coffee.

This morning I did a blind smell test with my wife. I ground 10g of an Ethiopian DP coffee each with the Skerton and Versalab M3. My wife smelled both grounds without knowledge of which ground is from which grinder. She can immediately tell which one is more fragrant....ie the Skerton.

I wish the Skerton's glass container can be shaped like a cupping cup, and spares can be purchased separately. Then hot water can just be poured into the glass.
Top
← Back •
By accessing this site, you agree to the site's terms of service. If you need help with the site, please contact us.