I attempted to reply to an old thread, Reducing Grinder Static, but it's been locked due to age so I'm starting a new thread to break out a nugget posted on the The New HG One Grinder: The Home Test thread, that adding one or two droplets of water to the beans before grinding resolves the static issue.

This tidbit was dug up by Andy Schecter and credited to David Ross from a 2005 Alt.Coffee post.

I haven't tried this trick yet, but it's much cheaper and easier than buying a Zerostat gun.

I'm breaking this out on it's own thread because I imagine that not everyone is following the HG-One grinder thread or the other hand grinder thread this was mentioned on.

Update: Thread title has been changed to reflect the new name for this procedure, the Ross Droplet Technique (RDT).
-Chris

I just tried adding droplets of water to my beans and I was thoroughly amazed.

Compak k10 single-dosing - less grind seemed stuck in the grind path and chamber. I'll have to quantify it, but I know that my second dose without the water was more tedious. We'll see...

B-Vario - Chaff and fines are almost always sticking to the sidewalls of the dosing container. This time? Zero...
I know I've pulled a great shot when the flavour is 'like a beany taste that tastes like a bean'.
Top

I'll definitely try this, but is there no downside? Guess I'm just conditioned to assume water and grinder insides don't mix well...
"It's not anecdotal evidence, it's artisanal data." -Matt Yglesias
Top

That's a legend ...
For a bad bean, that pestered my grinder, I had to wash my burrs with water and light soap; take care to dry very well with a towel and hair drier, to avoid rust.
One or two drops of water in 14 - 20gr of beans should only raise the humidity rate a few percentage points.
Top

The drop or two of water is such a negligible amount of water that it won't be similar to dousing your burrs in water. Literally, the smallest drop of water made all the difference for me.

EDIT/
The water essentially neutralizes the static electricity buildup, right?
Wet balloons will not stick to your hair no matter how much you rub.

I know I've pulled a great shot when the flavour is 'like a beany taste that tastes like a bean'.
Top 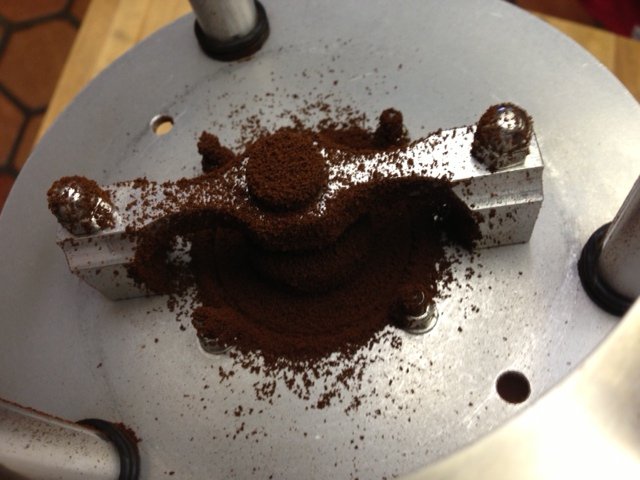 After putting literally two or three drops on 15g:
. 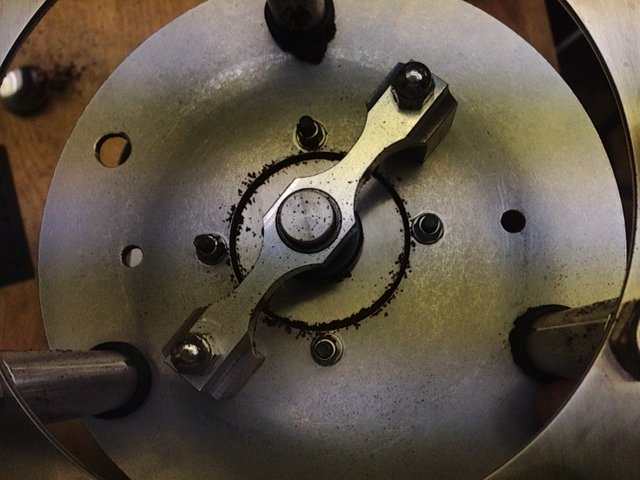 All I can say is, "It is a Christmas Miracle!"

That's the money shot right there

This should be a thread of money shots.
I know I've pulled a great shot when the flavour is 'like a beany taste that tastes like a bean'.
Top

It shall henceforth be called the ROSS DROPLET TECHNIQUE- shortened, RDT.

And to simplify it even further, and speed it up to the point where it literally adds no time...

As long as your hands are clean (who would prepare food if they weren't?), dip your finger tip into water and flick the dose of beans. It will be enough water to do the job perfectly.
Top
← Back •
By accessing this site, you agree to the site's terms of service. If you need help with the site, please contact us.