TheN5OfOntario wrote:Received my Niche Zero two days ago. Its everything it's cracked up to be. I'll be selling my Vario as fast as I can manage

Nice! Are you using it for espresso or drip brew or both? I have a Vario W I use for drip brew and thinking about getting a Niche to replace it.
Top

I'm using for espresso but I'm going to give it a go with French press too and see what happens. I don't need to French Press to be outstanding though, just functional or better

clc12rock wrote:Nice! Are you using it for espresso or drip brew or both? I have a Vario W I use for drip brew and thinking about getting a Niche to replace it.

Using mine for espresso and v60. Find the brews comparable to my Made By Knock grinder.
Beansnotmachines
https://www.facebook.com/groups/5030363 ... ?pnref=lhc
Top

jasonmolinari wrote:I just got a fedex notification of a 12lb box coming from Jamaica NY for delivery 3/21 original niche date was 3/25. Hope it's my niche!

oh, it is...and if you have an account with fedex you can alter the delivery like I did. I had it re-directed to my local ship everything store instead of sitting on my porch for hours which I just couldn't fathom.
LMWDP #517
Top

So, I have only had my Niche for about a month and the burrs are still approximately 9 kg from being remotely broken in but I thought I would give a few thoughts for those still on the fence. I have used an un-modded Pharos almost exclusively for the last 3+ years as well as a Hausgrind for at least a year prior to getting my Pharos. I was very curious what differences I would encounter, if any, between Pharos and Niche. I am not going to say much about the 'in the cup' results because it really isn't fair to the Niche yet since it is so new. All I will say is that the first dialed in double espresso was equal to anything Pharos put out.

I was so trained to RDT that even after reading that it was unnecessary I still couldn't help myself. At day 3 with Niche I started to RDT because I am stubborn and I thought the .1 to .3 grams was unacceptable. RDT does work and I did it for a couple weeks getting exactly out what I put in. Over the last week I decided to give her an opportunity to prove me wrong and she did. 18 grams in and 18 grams out with nary a misting of water. I wouldn't have believed it but it is true. The work flow is beyond easy. I use a Londinium dosing funnel and grind right into the portafilter. It makes zero mess. I am sure I could fashion a little stand for the portafilter but after going from Pharos to this I really don't mind holding the portafilter for 10 seconds or so while it grinds.
LMWDP #517
Top

I've had my Niche Zero for over five months now. I'm extremely happy with it although I was one of the first adopters reporting a very minor slippage issue. Anyhow the issue is practically nothing to me, so I haven't even tried the solution Niche provided for me. I will of course the next time I will clean the whole thing. Presently I'll have to fine-tune my setting maybe once or twice in a fortnight by only a one or even a half mark. It is practically nothing.

Anyhow compared with my Pharos there is nothing to complain about Niche. It produces excellent consistent shot from one day to the next and to the next month. Retention has been (without ever playing with RDT) less than 0.1g after the first week or so. Sometimes when I change beans to something completely different it might go even as high as to 0.2g with the first shot. After that it goes back to 0.0g which is quite an achievement.

I'm only using Niche for espresso, but reports have said that it is an amazing all-around grinder for the money. I used to say that Pharos is the best bang-for-the-buck grinder, but for me the early-adopter price 400€ including postage makes Niche Zero a true winner. I think there is nothing you can seriously compare it with. Obviously those who are jumping in later will now have to pay a bit more, but it still is quite cheap for what you get.

I know some people are thinking about Settes, but for me it is not an option. The noise and plastics alone are a no-no for personal reasons.

And for the record I don't do WDT either, just a really good shake in the cup (while placed inverted over the portafilter) like you've seen done with a cocktail shaker in a good old James Bond movie will do the trick.

Some folks have complained about static that will hold grinds in the keeper cup. Maybe it is a climate thing, but mine seems to occasionally do a wee-bit of it as well. But when I weight it it's always less than 0.05g. If that is a huge problem.... then I'd like to think that maybe espresso is not really your thing.

I came home early today and surprise surprise look what was waiting for me, to say I'm excited is an understatement can't wait to try it out. 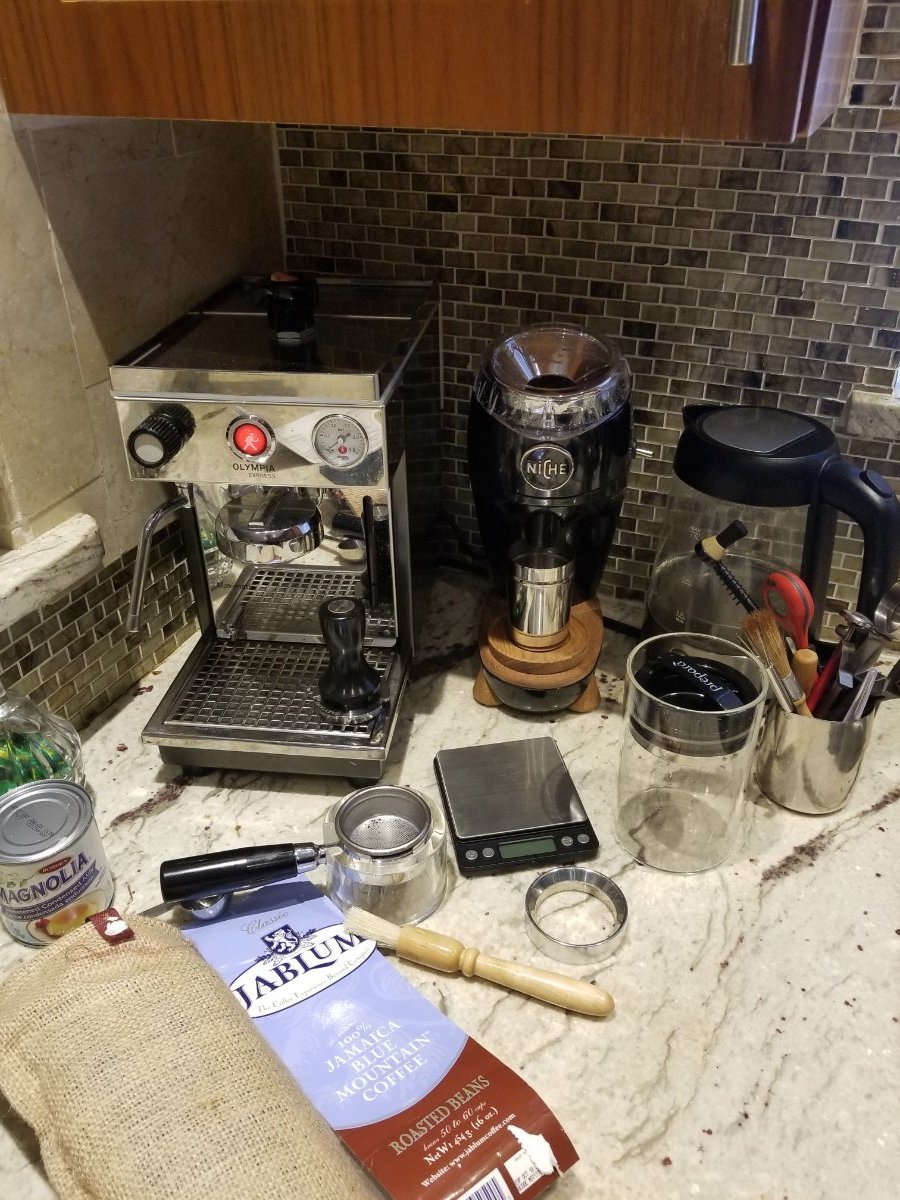 I made a small video Any noise you hear is exaggerated, I wanna thank Dave C and the forum members for recommending this grinder.
Top
★ Helpful

My Niche arrived on my birthday (4 days ahead of schedule).

Looks and works great.
Over all, I am very pleased.
A super birthday gift!
Top

Happy Birthday! I have to admit I'm intrigued by this slick little grinder. I'm sure it's been listed somewhere, but I couldn't locate it and was curious as to where these were made?

*Update: I just found a pic of the bottom of one over across the pond - China.

Thank you,
-Jeff
Top
← Back •
By accessing this site, you agree to the site's terms of service. If you need help with the site, please contact us.