Yes, the official NFC. Last I checked it was coming soon. But I also saw comments that it was to be on the newest built grinders as well. Hopefully soon is real soon....lol
LMWDP #641
Top

I ordered one on Jan 17th, so hopefully mine will come with the NFC disc installed if that's the case!

I'll update the thread once I get it!
Top

TheN5OfOntario wrote:I'm sure part of the issue is the Silvia which is notoriously picky, but my niche is a year old now, used daily, and for me I need to stir the grinds in the basket for at least 10 seconds with a paper clip or I get very uneven extractions. I generally pull 17g in 38 out in 35s in an 18g Pullman basket.

I've had the opposite experience with my Niche - I also have an SJ with SSP burrs and used to religiously RDT, WDT, use my lyn Weber blind tumbler and use the levelling tool before tamping. I've been experimenting with the niche and grind into the blind tumbler, transfer to portafilter, lightly tap on counter and just tamp, and have been getting very nice pours. I only use light and medium light beans, and my niche is only 3 weeks old, so it isn't even broken in yet.
Top


This is great! I've seen quotes where apparently niche isn't supposed to perform well with lighter roasts, so this is fantastic to hear! Cheers
Top

Mine was shipped out from Niche, Birmingham, UK on Jan-17th, it's arriving tomorrow to Boston, Mass., I will update if it comes with the NFC installed or not. What I am hearing is only the ones shipped directly from China starting in 2020 will have the new NFC installed, other regions, including UK sourced, won't have it until February sometimes.

FWIW, I 3D-printed an NFC knock-off disk and will give it a whirl, other than appearance of OEM, it's a plastic washer with a hole to let beans through, no big whoop.

My Niche arrived this week. It did not have the NFC installed.

The update on this is that they will be available 'early 2020' - even without it I'm really liking the NZ.
Top

What is an NFC?
Top

Thanks for the link! I had the same question.
Top

Interesting to see an official solution to more consistent grinding. I've had my Niche since the first crowdfunding batch and been very happy with it. Someone mentioned "auger" way back when, here or in some other forum and I had a go at 3D printing one. It worked pretty well after a few iterations. The most important being to get a square steel rod through it to replace/extend the existing one all the way through the auger. Consistency became better but not massively so, most noticeable is that grind calibration changes by quite a few points (5-10 I'd guess). I stopped using it and am running my grinder "vanilla" now after having had beans so hard they stalled the motor with the auger attached. These were exceptionally mildly roasted but still, don't want to risk it.


If anyone would be interested in the Openscad files for the design in order to improve it, let me know I should be able to find it it. 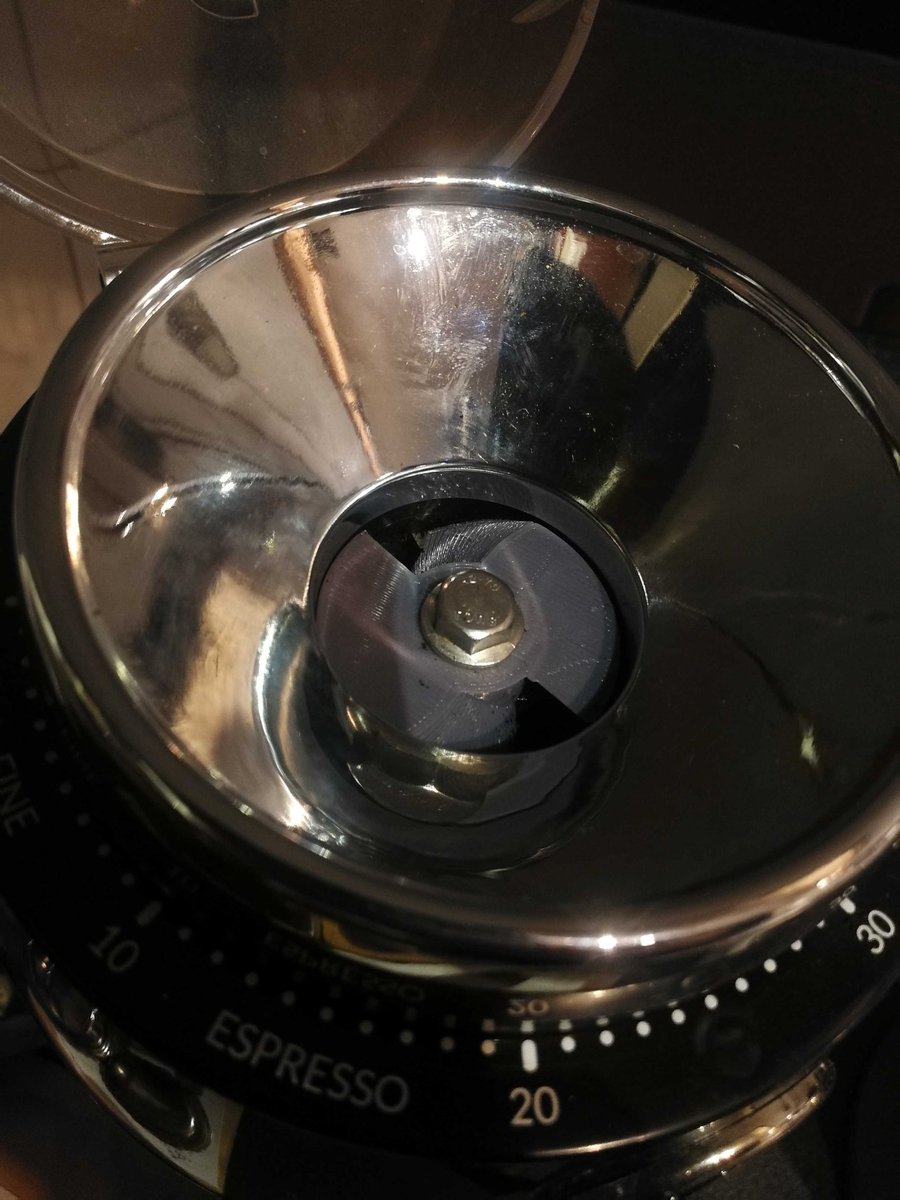