I recall seeing this process for removing the lower burr carrier on a Mazzer brand grinder. I thought I would post this topic because the same process works on the Macap M4 and probably other grinders too. In the process, if you turn the bolts slow and gentle, there will not be any damage to the lower housing of the grinder. I took the lower burr mounting screws to Lowes and matched their thread pitch and screw diamter with three new 2" lond bolts. 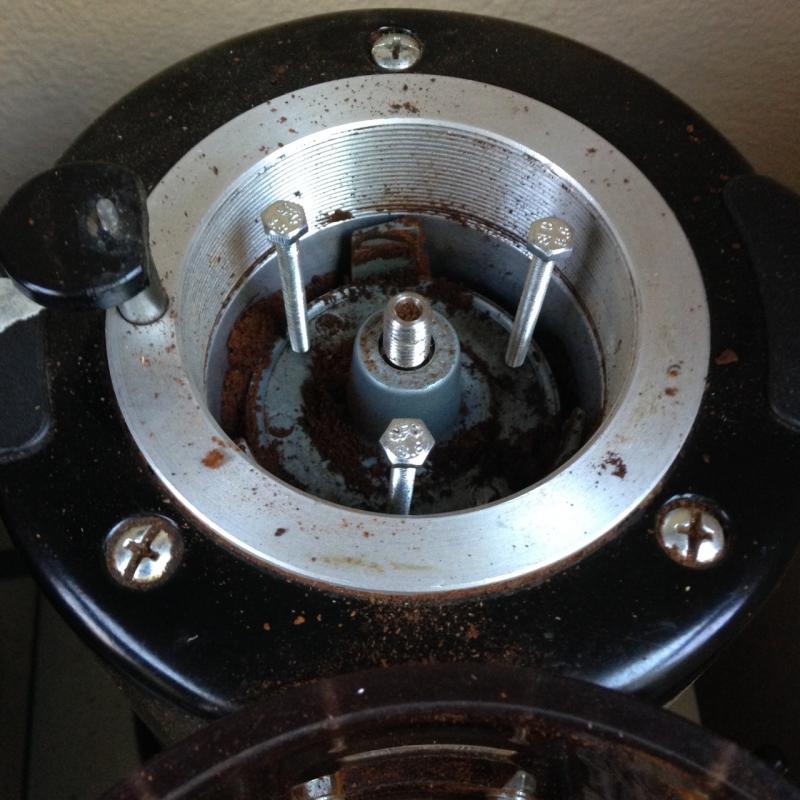 After I removed the center retaining nut, I finger tightened each bolt using the extension and socket from my socket set until there was slight tension on each. Then, one after the other, I very gently turned each bolt a half turn in a clockwise direction. You will feel when the lower burr carrier slips up from the tapered spindle that it is secured to.

I should mention that when removing the center retaining nut that secures the lower burr carrier, I used a rubber coated wrench handle to keep the burr carrier from spinning while I loosened the nut. 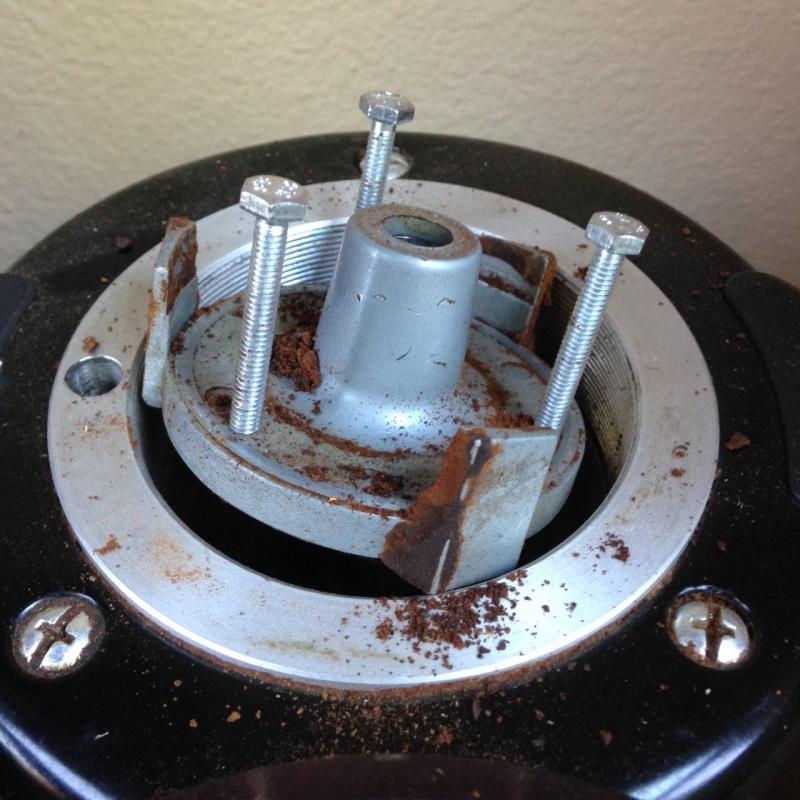 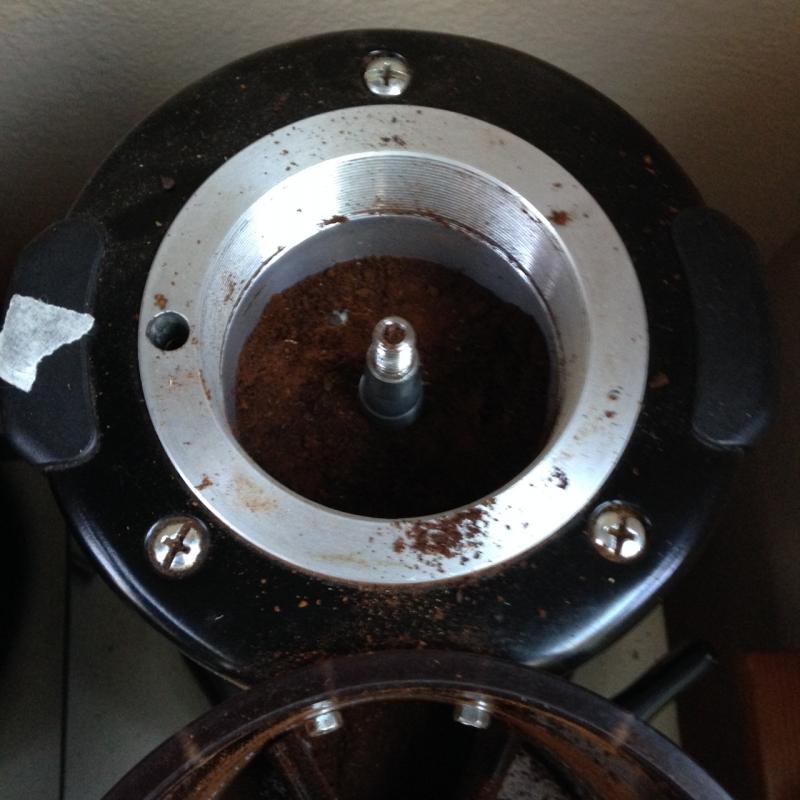 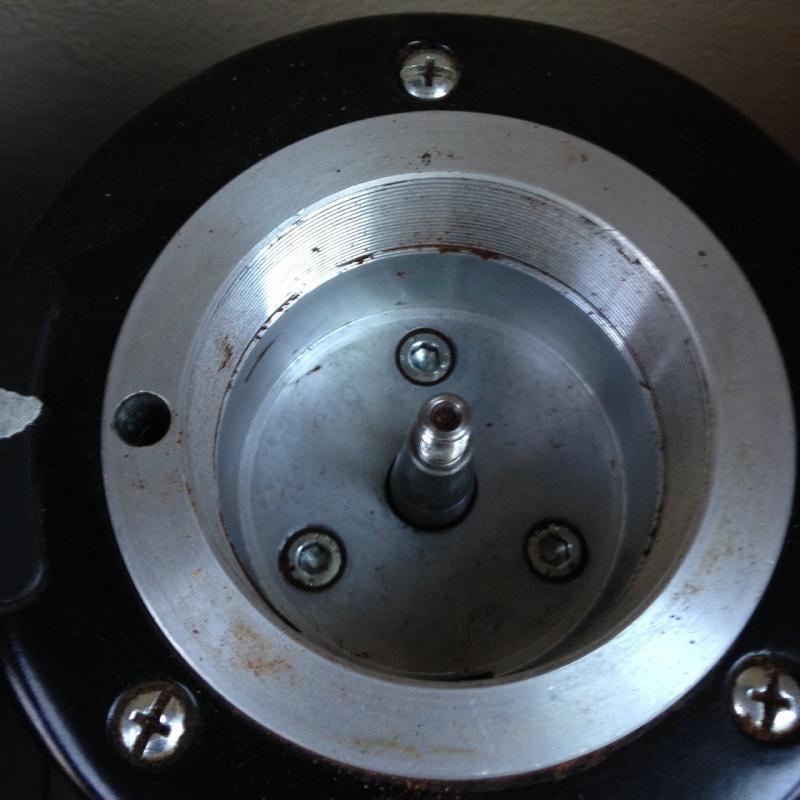 Nice job illustrating and describing the process, Brian! I have a short pdf I made on deep cleaning the M4 - kind of a pictorial essay. I included lower burr carrier removal, but didn't use this method, which works as well as you described. Rather, I included just gently prying up the lower carrier with a flat head screw driver, through the exit chute. It also works well, especially for deep cleanings where you don't intend to remove the lower burr from it's carrier, but feels more scary the first time you do it.

I noticed you also marked the upper burr carrier position with masking tape. Good move! It sure makes re-installing to the last known position a lot easier, huh?
Top

From everything I can see, my M7 would probably work the same way. Thanks for posting. I'm glad to read about both the bolt and the screwdriver-pry method.

May I ask, were you guys doing general maintenance or have you encountered any negative symptoms you were reacting to that prompted the work?
Trust your taste. Don't trust your perception.
Top

earlgrey_44 wrote: May I ask, were you guys doing general maintenance or have you encountered any negative symptoms you were reacting to that prompted the work?

This was general maintenance for me. I attempted the screwdriver method with my Mazzer and scored the carrier. But both methods work really well. I just had an overly secured carrier. The Macap has been an excellent <$600 grinder. I even figured out the doser so that all of the grinds go into the basket! No mods.
If you can suffer through it, you can tune great shots. (Instagram @NC_Twigs)
Top

Same here...general maintenance
Top
← Back
By accessing this site, you agree to the site's terms of service. If you need help with the site, please contact us.