My friend has been at the SCAJ show in Japan judging the siphon championship. She just sent me some pics she took checking out the trade show, it was great to see her meeting Doug and Barb from OE and checking out the upcoming OE LIDO 3. She liked that it was lighter, and easier for her to use. Looks cool! Another OE purchase for me soon I think. 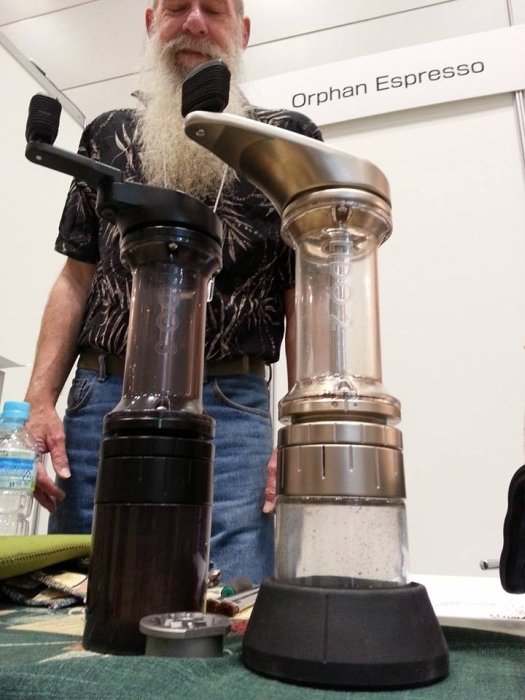 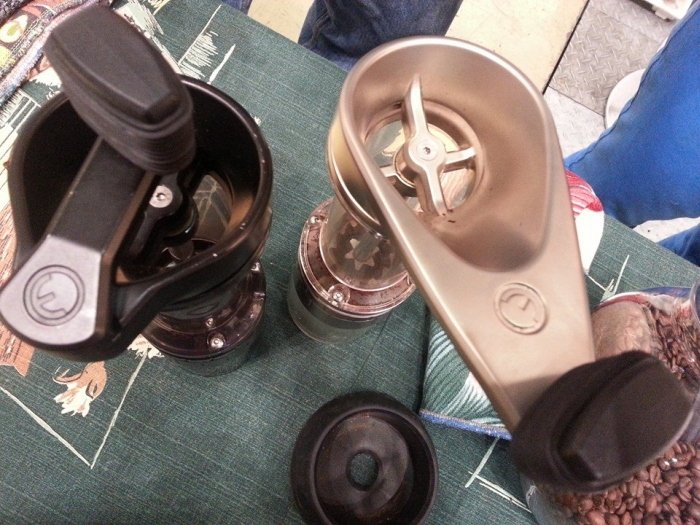 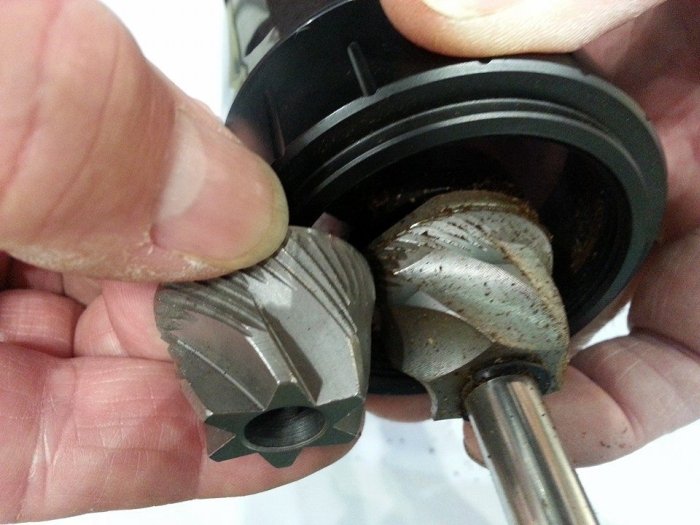 This seems like a quick update as they are still trying to get Lido 2 orders out the door. I'm interested to hear about the changes, though.
Top

If I'm not mistaken, it's primarily designed for travel (Although I seem to remember something about it reducing static as well. I may be mistaken on that one. Wait for official confirmation.) It's nicknamed 'Blacktop', or something like that.
Espresso shrine--> viewtopic.php?p=256899
Top

I mostly assume its more portable like you said and also the burrs looks like they may be less aggressive?
Top

Based on what Doug has told me, this one is intended for travel use; in addition to the folding handle, it will be significantly lighter than the Lido 2.

The new jar will reduce static, but I believe that will be made available for the Lido 2 as well. I'm still using one of the prototype plastic jars with my L2, and it is a nice upgrade.
LMWDP #435
Top

Knob on both has been redesigned. Looks like it is intended to address just about all the remaining complaints: Less aggressive burr for easier cranking, folding handle for travel, Plastic catch jar for weight, breakage and static. Should be a winner.
Top

Hopefully OE will be posting some information soon. I really like my Lido 2, but it's primarily a travel grinder, and for that I'd really prefer this new design. I'll almost certainly be swapping grinders as soon as it's available.
Chris
Top

I wonder if the new burrs will be able to be retrofitted onto the Lido2 ???
That Light at the End of the Tunnel is actually a train
Top
← Back •
By accessing this site, you agree to the site's terms of service. If you need help with the site, please contact us.