With the multiple Kinu grinder threads floating around, I thought it'd be good to start a new thread about the pourover burr. I've tried it out today and results were fantastic. It took me around 1:30 to grind a 20g light roast dose for a Stagg pourover. Very pleased. Cups are much, much brighter. 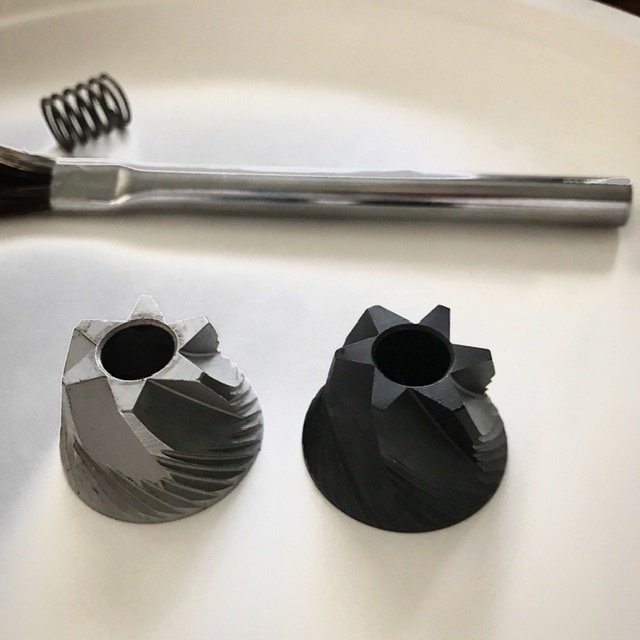 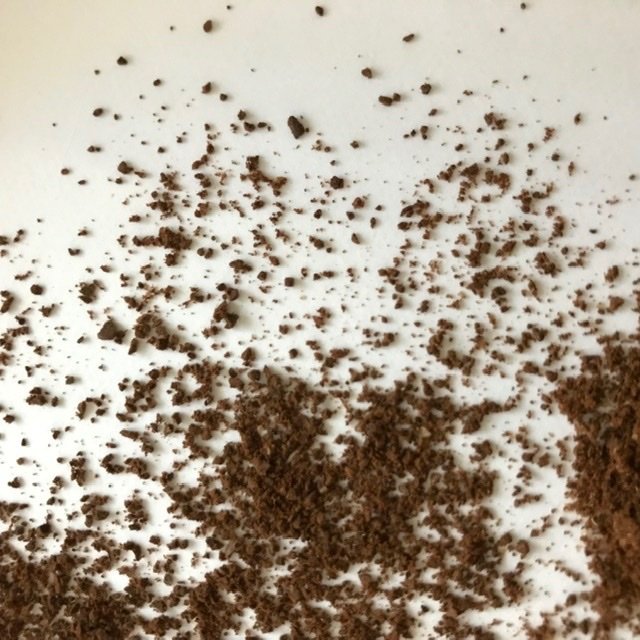 I would love to hear if anybody has experience with this as well as the comandante. I think this would make for a great comparison as the comandante is regarded as the king of filter for hand grinders as far as I know.
Top

Would the mods care to move the other posts to this thread? It's been discussed on several threads already, I've also posted distribution graphs compared to the old burrs..

TL;DR; for me, it grinds coarser than old burrs, good results in the cup, but takes forever to grind. The long grinding time makes it unusable for Aeropress or other methods which need finer grind, for me.
Top

tried the new burr. getting used to it especially for the grinding time.
Top

fiechtl5 wrote:I would love to hear if anybody has experience with this as well as the comandante. I think this would make for a great comparison as the comandante is regarded as the king of filter for hand grinders as far as I know.

I agree! I think that's the key question.
Top

Agree on that too as I didn't found the M47 to be that good for pourover. The Commandante is much better so the new pourover burrs should be a major improvement will it compete with the current hjandgrinders available.
Top

I went to Kinu's site to buy them and saw they dont sell the Traveller anymore! Also, it doesn't mention that these burrs will fit in it...
My understanding is that the traveller uses the same burrs, correct?
In girum imus nocte et consumimur igni
Top

This Daily Coffee News article covers the discontinuation of the Traveler and that the pour-over burrs fit all the M47 grinders.

I've had to spend more time with this burr, and overall it works really well.

It has a wider particle distribution than the standard burrs, and I've also included a comparison to the old burrs and EK43 (at a setting which is roughly same coarseness as the brew burrs). You can see the EK has a tigher distribution.

However I really like the brews coming out of it, it is as good as any I've had from the EK. I think it's a myth that you need as uniform grind as possible, it must be within some boundaries (i.e. most of the particle should fall between 400-1600) but otherwise it's not necessarily a desirable characteristic. This is the second burr/grinder manufacturer that is promoting less uniform burrs specifically for brewing now, SSP being the first. You still need to limit the number of large particles (>1600?), but inside that it seems OK to have a wider distribution using less aggressive cutting edges.
Top
← Back •
By accessing this site, you agree to the site's terms of service. If you need help with the site, please contact us.