Capitol wrote:Just curious... How many lbs are folks grinding through to season the burrs? Is there an official recommendation for the conical or flat from Kafatek on this?

Denis said in his email 5-8lb atleast for the conical. I personally had a ton of coffee left over from my Counter Culture subscription before I started vacuum sealing and freezing my beans. So I ended up running a little under 15lb in total the day I got the grinder

Denis also recommended running a pound at a time and leaving 10-20 minute breaks in between just to reduce stress on the motor. He said although he knows people that just run it all through (the machine will turn off when it gets too hot), he personally doesn't feel the the need to put the extra stress on the motor. I went with 20 minute intervals to be safe.
Top

TomC wrote:You want one of these. They're a perfect marriage for the MonoCon.

Note, this link takes you to the 53mm version. I have it in 58mm and I prefer the polished stainless steel. They do have thin ones in aluminum in various sizes. But you might have to ask them or look around for the stainless in 58.

Barb replied. They are out of stock but only for a few days. Placed the order and they will send it as soon as those come in. She mentioned that is was just a few days away.

I have a smaller version that I use with the Breville... using that for now.
Searching for that perfect espresso!

Did the supplied funnel not work for you? The current funnel supplied by Denis is flared at the top, and the new chute is longer so pretty much all the ground lands in the basket. I find it works pretty well.
Top

Same here I upgraded everything on my grinder week ago and new chute + new funnel is perfect combo.
Top

Same here. It shoots out like a perfect dark stream of coffee.
Top

Maybe if I move it closer to the chute... but as it stands right now... grounds everywhere 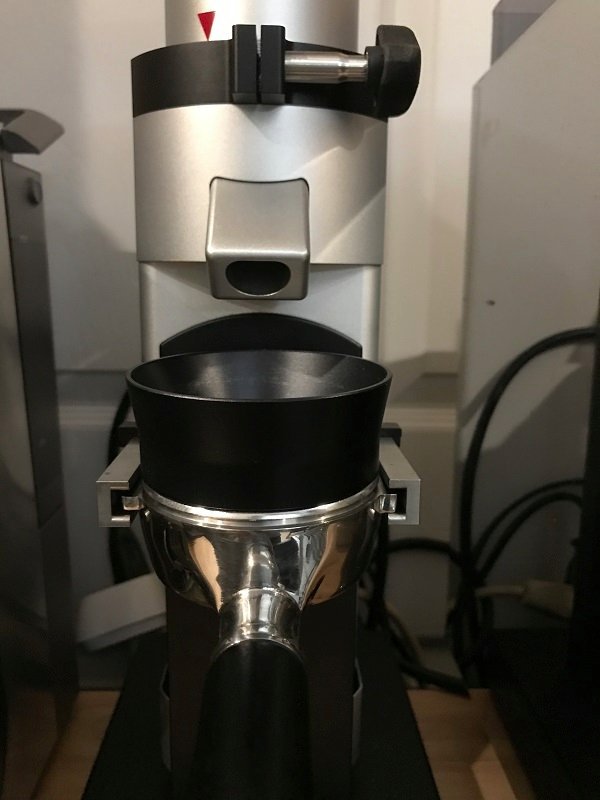 Using this for now... no grounds outside the PF. 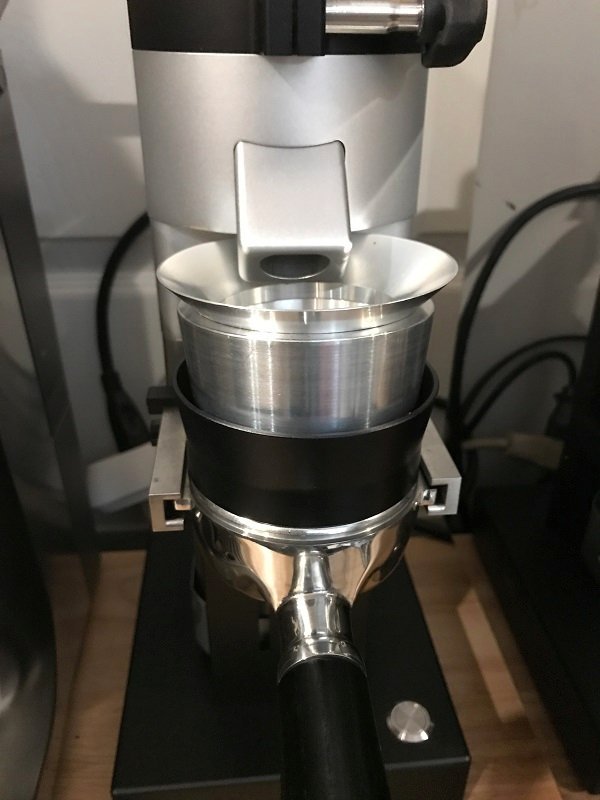 wachuko wrote:Maybe if I move it closer to the chute... but as it stands right now... grounds everywhere

I guess I'm confused as to why you aren't RDT'ing. Seems like a simple solution.
Top

I see, you need to move the fork up, by a lot! Loosen the 2 middle screws and use your portafilter+Monolith funnel to estimate the height. I adjust it so that the chute is about 2-3 mm (vertically) away from the funnel.
Top

wachuko wrote:Maybe if I move it closer to the chute... but as it stands right now... grounds everywhere


Yeah, you definitely need to move your fork higher. You may not even need the OE part. All you need is for the Monolith dosing ring to clear the very bottom of the snout of the output chute and you should be good to go.

Denis' new funnel looks nice. I considered emailing him and asking about a retrofit (updated) snout, but I don't think I need it since I am already using the OE ring. But I suppose if I didn't have the OE ring, I'd want his newer spout and newer dosing funnel.
Top

Yeah this is how mine came from Denis with the new funnel: 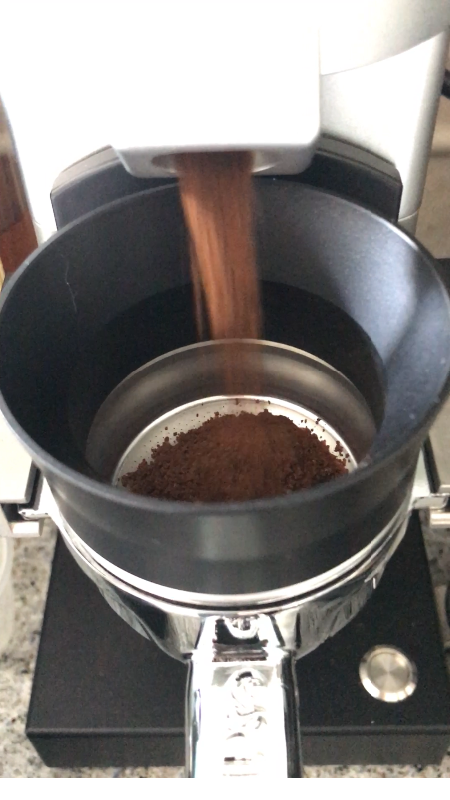