Help me design and build a spout!

I need to add a spout to my MDX that is clean, screws into the 2 original screw holes, and doesn't look like a 1st grade science project.

The doser was removed from the machine a while ago because it was holding so many grounds and I only make 1-2 shots a few times a week.

I tried that paint gun reservoir and it looked ridiculous and did not work well. I have tried a dozen other ideas as well, all with varying degrees of success- Plexiglas, wood, old tupperware, thin metal...

If anyone has any ideas, please chime in. I have run out of things to try. 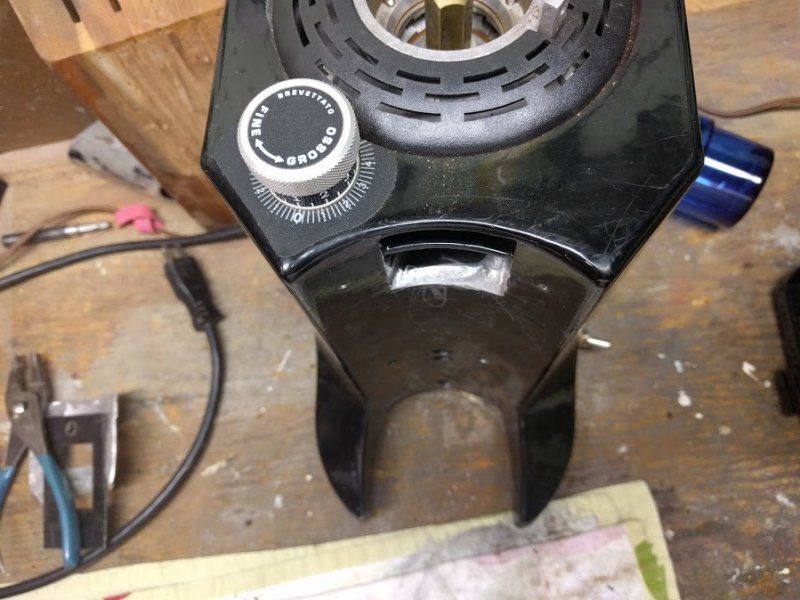 I don't have an answer, but I'm watching this because my old Cunill Tranquilo had a similar issue, but the funnel eventually broke off.

The exit chute for the G60 fits the MDX, so that's where I'd suggest starting.
Top

Thats the same as the 'paint gun reservoir' which I am not a fan of. 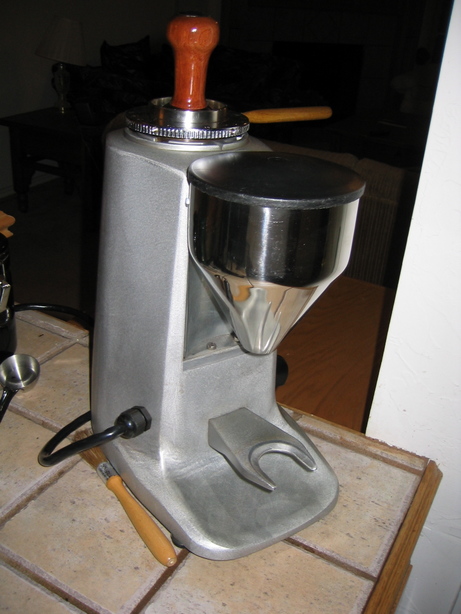 I am aiming for something like the doserless rancilio uses.
https://espresso-connection.com/wp-cont ... ssSIDE.jpg
Top

Prototype #612- Part of the original doser and a small stainless cup.
Pretty ugly. Works OK but still searching for something that looks original. 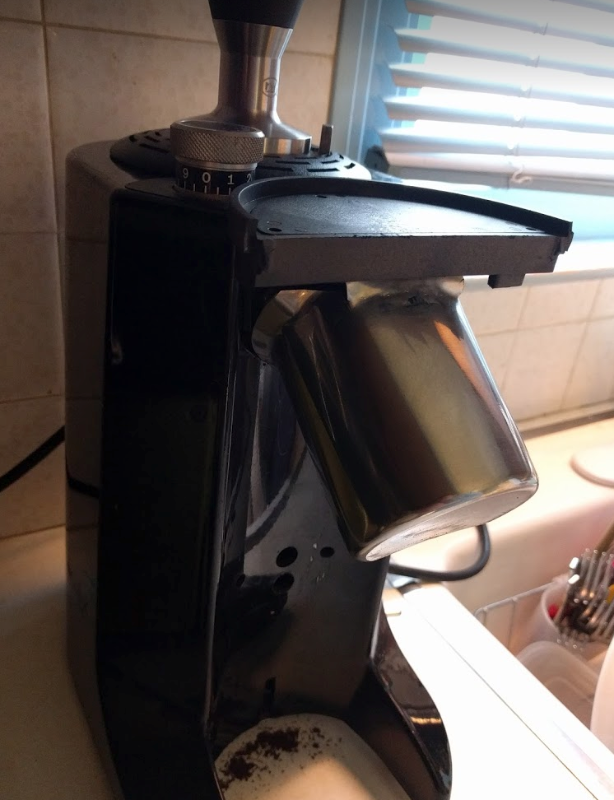 Having a Nuova Simonelli MDX, I'm very interested in this. I still have the plastic chute hooked up but removed the bottom doser and am dosing into a bowl then transferring to portafilter. I am getting excellent shots, but the process is a bit clunky and less than appealing. What paint reservoir is imaged above, that seems it would work well enough for me...
Top

There is also this person with the funnel, but it was $382.

I will call SCG, they sometimes have spare parts on supply for less than what the supplier would charge. I don't like my current process that much, but not 382$ worth of dislike.
Top

Let us know what you find out!
Top
← Back •
By accessing this site, you agree to the site's terms of service. If you need help with the site, please contact us.