Help me design and build a spout! - Page 6

jhitesma wrote:The 3D printed chute is mine. It's not perfect, but does mostly direct the grounds.
I'd still like to improve it to control the grounds better...but haven't come up with any ideas that also solve the issue of them collecting in the throat area.

I like the 3D printed chute! jhitesma, have you figured out a way to improve it to control the grounds and reduce retention?
Top

Stupid question - how did y'all remove the two bolts that fasten the black plastic doser to the grinder body?

The clearance on the top an sides of the bolts are too tight for me to get anything around them.
Top

The MDX grinds beautifully, but that chute...why? Seems like such a waste of wonderful coffee. In any case, I've modified it multiple times for me, the single user. Here's the current design, which is working great, but is ugly-as-all-get-out. 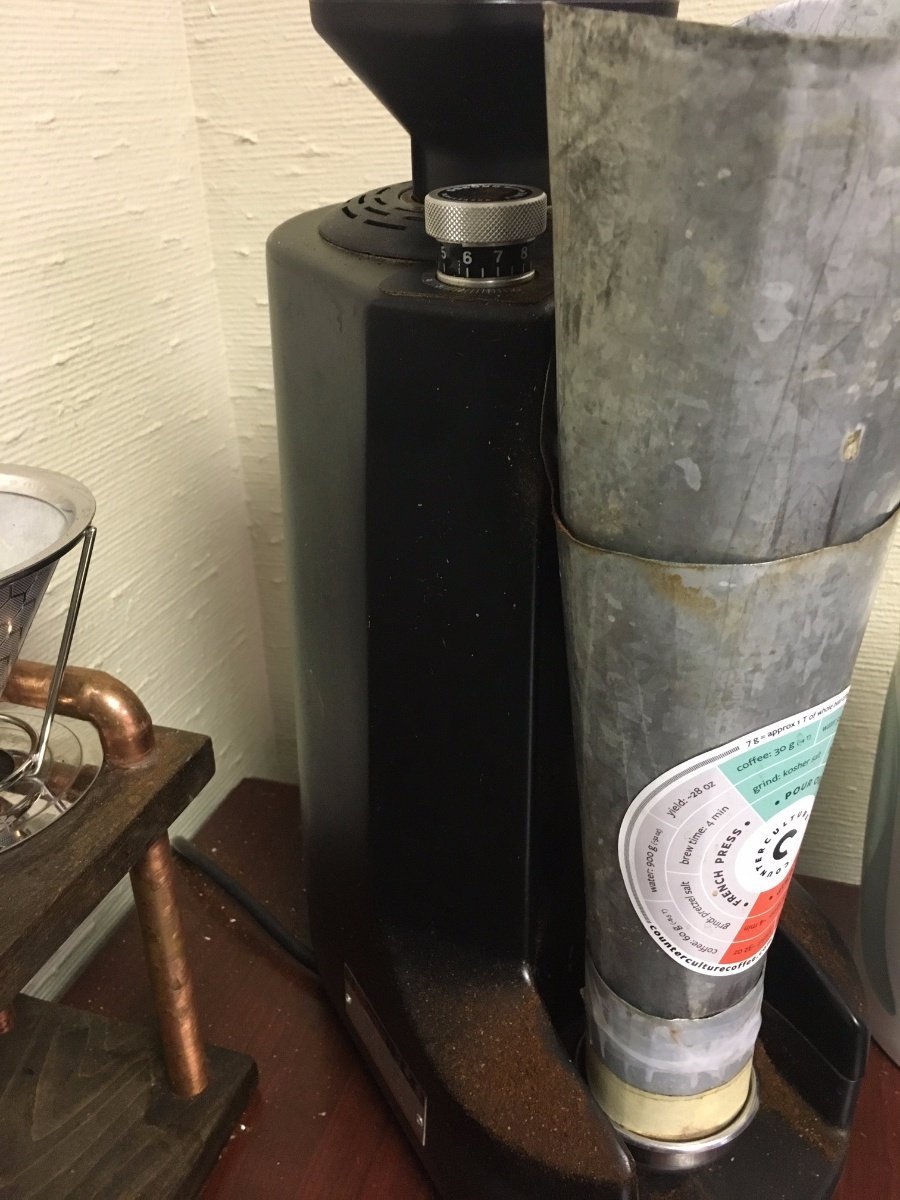 It's all simple sheet metal, cut with metal shears. Three parts:
Top is only a semi-cylinder. It directs the grounds down, and is tall enough to catch the vigorous rebounds.
Middle is the funnel. It's got holes in for the screws.
Bottom is a cylinder that fits snugly around the base of the funnel, and inside the 58mm tamper. All grounds end up in the tamper.
To use, pour beans in funnel, grind. Stop, remove top funnel and use a brush (I've tried a bunch, currently using an otherwise unused bottle brush) to remove grounds from the chute. Cycle grinder. Brush again, and usually it's done. 15g of beans will typically get me 14.9g of ground beans. Takes under 30 seconds. I then remove the tamper from the bottom cylinder and put it in my Gaggia Classic. Yum!

Next step: figure out how to 3D print this so it ain't so ugly, and share that with the community.
Top
← Back •
By accessing this site, you agree to the site's terms of service.