Help me design and build a spout! - Page 2

It ain't Good! The metal doserless funnel really does cost 382$, without any additional electronics. Lol that's almost half the price of the grinder... I'd be interested to know which hvlp sprayer fits this machine but it might take me a while to figure that out.
Top

ejs wrote:I need to add a spout to my MDX that is clean, screws into the 2 original screw holes, and doesn't look like a 1st grade science project.

The doser was removed from the machine a while ago because it was holding so many grounds and I only make 1-2 shots a few times a week.

I tried that paint gun reservoir and it looked ridiculous and did not work well. I have tried a dozen other ideas as well, all with varying degrees of success- Plexiglas, wood, old tupperware, thin metal...

If anyone has any ideas, please chime in. I have run out of things to try.

Send me the diameter of the other hoppers and I'll whip up a few ideas.

If you come to a production piece, I'd be happy to reimburse you and pay for the time you put into it

It is, and I wouldn't have done it if the grinder had cost much more than $70

The plastic chute that goes inside the original chute was well worth the ~$30, though.

If there is enough interest, you may be able to order some custom funnels from a place like https://www.toledometalspinning.com for much less than Nuova Simonelli.
Top

The funnels are not hard to find, harbor freight sells one that I played around with for $7 or $8.
Top 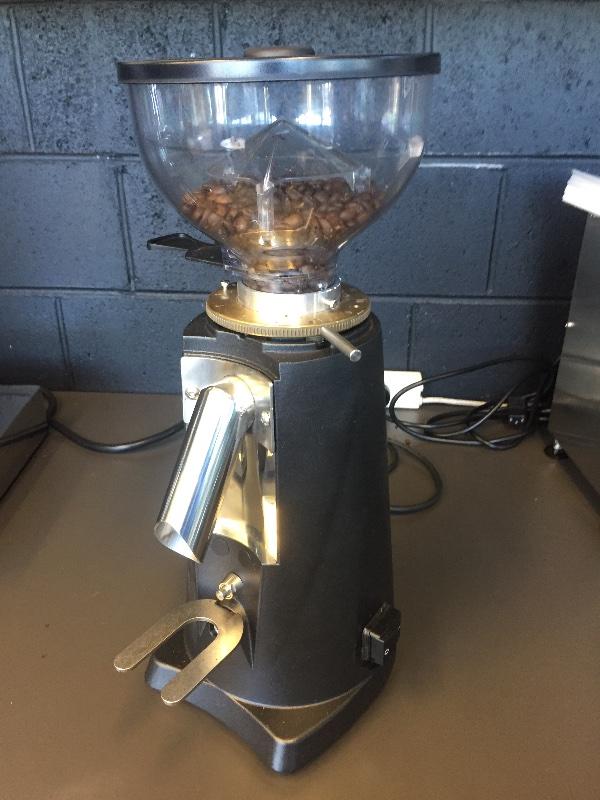 This one on the little Fiorenzato F4 works really well
Top

sprin001 wrote:If you come to a production piece, I'd be happy to reimburse you and pay for the time you put into it

Any chance you guys can get me the inside radius measurement? or the others shown here: https://imgur.com/gallery/5boCC
Top

Let's call this Version 1, showed in green to show the shape, 100% guessed on dimensions just to get an iteration out.

Give me a yay/nay on: 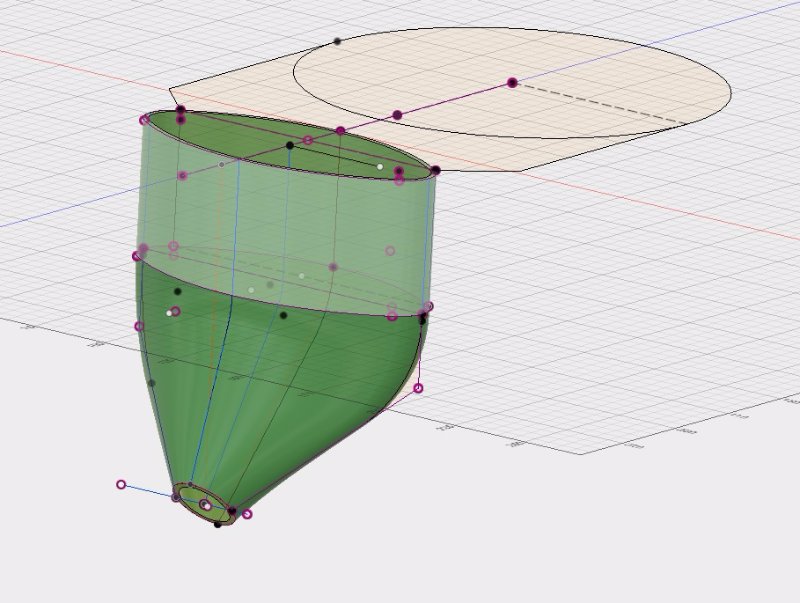 maximoe wrote:Let's call this Version 1, showed in green to show the shape, 100% guessed on dimensions just to get an iteration out.

I think it looks pretty cool, I'm unsure of how the function would be yet. The tamper on top would be slick, I already have a stand but that would help minimize footprint even more. I don't have calipers, but doing my best eyeball with measuring tape is the ID is 4.5 inches. The length from top to bottom on the doser chute is 5 inches. Let me know if there is anything else you need in terms of pictures/measurements and I'll do my best.
Top
← Back •
By accessing this site, you agree to the site's terms of service. If you need help with the site, please contact us.