Well Greg, take a paperback of the Hound of the Baskervilles on one of your work trips:

"On the contrary, I have been to Devonshire."
"In spirit?"
"Exactly. My body has remained in this armchair and has, I
regret to observe, consumed in my absence two large pots of
coffee.... 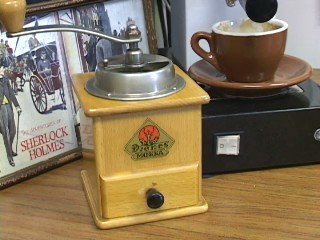 mogogear wrote:Oh, darn, only comparable to a Mini Mazzer....

for a price equal to that of a replacement Mazzer bean hopper..... not bad

I'm not ready to concede to the electrics just yet.

Titan Grinder Project: Can it Beat the Mazzer Robur?

No offense to Jack's PeDe, but there is a big disparity in capabilities, even among hand grinders from the same manufacturer.
LMWDP #017
Kill all my demons and my angels might die too. T. Williams
Top

My old Trosser is helping make the best espresso yet on the Sama Export. Sure cost less than a Mazzer Mini!

Seriously, if I had more money and drank more coffee those high-powered and high-priced grinders would already be here. But using 32 grams per day just doesn't warrant that kind of expense, right?
LMWDP #010
Top

peacecup wrote:
Well Greg, take a paperback of the Hound of the Baskervilles on one of your work trips:

"On the contrary, I have been to Devonshire."
"In spirit?"
"Exactly. My body has remained in this armchair and has, I
regret to observe, consumed in my absence two large pots of
coffee....

That kind of prose is why I also enjoy swapping lies with the Too Much Coffee bunch - it is so much fun to read their words. I can hear them come alive just as the verse you just quoted can.

I am not a voracious reader but confess that I have been catching up on old classics for the last 4 years or so. All of Hemmingway's short stories- Steinbeck's Pastures of Heaven is a great collection not to miss if you have not read this pearl.. Kerouac -Darhma Bums- yes, Moby Dick..... and Walden was a bit slowwwww, Whitman -Leaves of Grass-was a joy( original version)........ Holmes may show up in the reading list one day... thanks for the words
greg moore


No offense to Jack's PeDe

Not really, I agree that these grinders can vary considerably. That's what this thread is all about - I want to provide as much information as I can for people who want to try hand grinders. Doug, I hope you'll post a few details and photos of your hand grinders here when you can.

In my opinion Jim's test demonstrates that these grinders (even when 50 years old!) can hold their own against the best commercial grinders currently in production. This is astounding really. It solves that whole dilemma of "how can I get into brewing espresso for under $500?" "oh, you need to buy a $200-300 grinder, or its not worth it..."

With a little careful shopping, one get get a near-commercial grade grinder for $50, and have the rest to spend on a very nice espresso machine (preferably a lever!).

I've been planning to post a video on how I dose with the hand grinder, and would like to hear how others do so.


I am not a voracious reader...

Well, me neither. I just keep reading the "Canon" over and over (there are only 56 stories total). And, of course, HB.

BTW Jack- The digital camera should be back in action soon- so then the "Tight-Hand " Grinder stuff can commence..

I shall add some of the Canon to the library.. any of the 56 stand out as a "top 10 list to look out for?
greg moore

Susan was kind enough to post a photo of here Kugenthal burrs on the "hand grinder" thread: 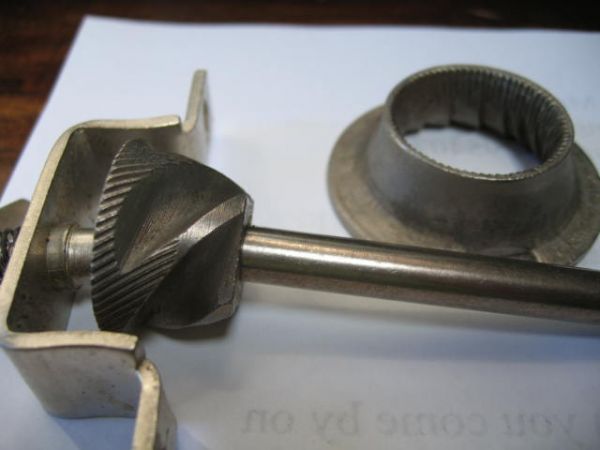 Compare these to the PeDe burrs from page one of this thread: 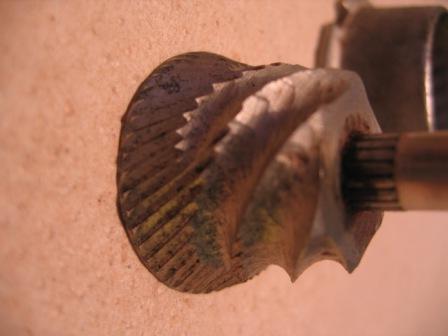 Not exactly the same are they? Not sure what this means, but the PeDe burrs appear to have a longer path and a different tooth pattern. Very interesting....
LMWDP #049
Hand-ground, hand-pulled: "hands down.."
Top

Well, me neither. I just keep reading the "Canon" over and over (there are only 56 stories total). And, of course, HB.

Jack,
You don't need to limit yourself to the original Canon. Every year someone discovers a rusty old dispatch box in a cellar or attic containing an unpublished manuscript by John Watson, MD. Besides, as we all know Sherlock is still alive and well. Who knows what crime he'll be investigating next? (O.J., watch out!).
I've been collecting Holmes stories for years and have several hundred. The title of one, Sherlock in Dallas, may even appeal to our mutual friend in Portland.
Bill
Bill
LMWDP #43

I wasn't born in Texas, but got here as fast as I could!
Top

Thanks Bill. I've been watching Agatha Christie videos lately, Marple and Poirot. These have been fun, but I have yet to read any - can't afford to get hooked right now, what with all the home improvements, work deadlines, and a little sister or brother for my daughter on the way. HB is about the only reading I get to do these days!

PC
LMWDP #049
Hand-ground, hand-pulled: "hands down.."
Top
← Back •
By accessing this site, you agree to the site's terms of service. If you need help with the site, please contact us.