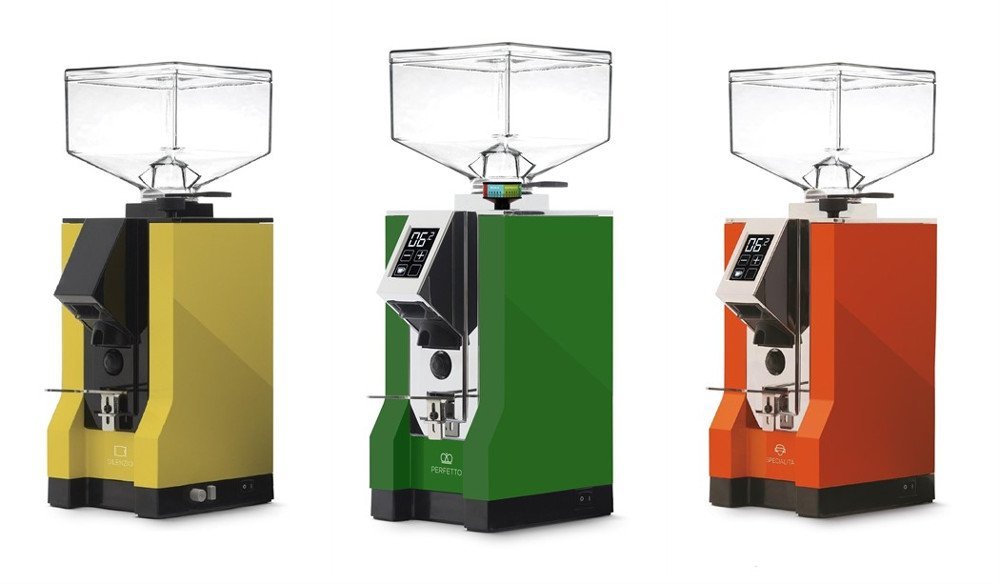 Does anybody own any of them? Any review will be appreciated. And what about retention (coffee remaining in the chamber)?

Ah yes, saw it at World of Coffee at the Eureka stand this weekend. Pretty liitle grinder! It only on display though.
Top

I recently received a Mignon Silenzio from Clive Coffee. Primary reason I went with this is because the other grinder that seems popular in this price range (Sette 270) sounds like an airplane at takeoff. So far, happy with the results. Seems to be fairly low retention, quiet, and relatively fast. Grinds also disperse very neatly in the portafilter. It also appears to have less clumping than previous models, at least comparing my results to videos I have seen. I have the timed dial dosing about 18g. I'm still learning to dial in shots when switching between new coffees, but initial impressions are good with the Mignon.
Top

I'm on day 3 with a Specialita, also new from Clive. I actually sold an HG1 in favor of acquiring a motorized alternative, and this was the one I went with at the price point gleaned from the sale of a used HG1.

I've started right off with an aggressively light roast from a very new roaster here in Portland that seems like it's got something to prove. Figured if the Spec could handle that, everything else would be cream cheese by comparison, and these tough beans might break in the burrs a smidge faster.

Going especially fine and high-dose for the very light roast, I do have some small clumps happening, but these are brand new burrs and the clumps settle down for smooth tamping as I tap the sides to level the pile. On the demo unit in-store with a roast on the darker side of medium (Verve Bronson), I saw no clumps at all. I was convinced.

With the HG1 I used RDT, WDT and a leveler/polisher. So far with the Specialita I've needed none of these. The most impressive thing for me so far has been the static-free delivery out of the chute. It piles right up, no spray, no static, very neatly. No dosing funnel. I move the PF around to distribute as it emerges, tap to settle, and tamp.

I'd be curious to see how folks feel the grind quality stacks up to a Sette or other machines, although if looking at flats vs flats, for shoppers in general I would say the closest point of comparison might be the Baratza Vario. The Eu Spec and the B Vario have a lot in common: the ES has a slightly smaller footprint, is 3 pounds heavier (due mostly to the steel case and internals), and has virtually same size burrs (54mm BV vs 55mm ES), spun at exactly the same RPM: 1350. The difference is that the ES motor is 260W, vs BV @ 180W. So, does 30% higher wattage motor, steel case and *presumably* other stronger internal components make a $200 difference in the cup, or over the years?

We shall see. So far I'm thinking "yes," and that I might even value the difference more highly than that. There's also burr geometry to consider, which I've not done a side-by-side comparison, and that the B has ceramic for espresso vs steel on the Spec. At any rate, I'm still dialing in this challenging very-light washed ethiopian (frankly it was a poor choice for espresso, but I wanted something challenging, and its actually quite refreshing served with cold water and ice on these hot afternoons), but as shots go by I'm increasingly pleased. The jury will be out until I work in something closer to a more espresso-friendly medium roast -- I'm not futzing with pressure or flow here, just a straightforward P Pro 700 -- but I think it's toeing the line pretty nicely. Shots are increasingly enjoyable.

I single-dose, exclusively. I have not found popcorning to be of much concern. I have identified a plastic pill bottle that, with rubber bands around its threads, fits nice and snug in the grinder's neck, so I intend to make it a makeshift single-dose hopper, and then we'll see if popcorning occurs there. Retention has been a bit of an issue, but the machine is brand new, I think it's still filling up its nooks and crannies as it were. This morning, maybe somewhere around my 15th shot overall, was the first time I got out more than I put in. It was off by .2g.

**edited to add: I just did my afternoon shot: 22.5 in, 22.5 out in under 20 sec, no static, clumps even smaller and totally gone with gentle settling. Didn't weight the shot but by volume/time it was right on track. Bottomless extraction was quite ugly with dead zones and 3 streams that took a while to come together, but at that, it was symmetrical at least, and no jets. Dang this crazy light roast.**

It's too soon to say for sure whether retention will be a serious issue. Another test is to open it, clean it, and start over -- if I have to lose 5g in that process every time, and/or be off by more than .1 or .2g in general... I dunno. Also I haven't examined under a magnifying glass the grinds for consistency in single-dosing, but they look and perform well so far in casual use.

One other thing I have noticed, though, is that it does seem to be heating the grinds a bit. We're in a significant heat wave here right now, high 90s every day all week and slated to continue through the weekend, I have no AC, and my coffee station is near the fridge, which puts out its own subtle heat. But at 1350RPM and 55mm burrs in such a small package, I was worried about this beforehand. We'll see how that goes as the weather improves.

I'm considering this first week to be its grace period and trying not to jump to any conclusions. I'm cognizant of the 30-day return window -- it has to earn its keep. But I do find it attractive and so far easy to use, and it is indeed whisper quiet, I dare say even quieter than the motorless-but-large HG1 when it comes down to it. (The user manual claims 73db. Another HB member reported his HG1 83mm as 78db. The upcoming Niche Zero, which, for frame of reference, heralds itself for exceptional quietness, claims 72db.)
Top

How does the digital interface feels?

Thinking of replacing my Sette 270 with the ES. Had to send my unit for repair (motor died) and I'm worried about the Sette's longevity.
Top

Interface is pretty straightforward. Single-dosing, I don't have much need for the timer, so I just set it for slightly longer than I'll need and let it run out. It has a timerless on/off mode but I'd rather not have to push the button with a delicate heap of coffee in the basket. Easier just to stand still for an extra second.

I also like that the screen is fully black and not too reflective when powered off. While on, it's clear but unobtrusive.
Top

Thanks for the info! Let us know how it performs after that break-in period. I'm seriously considering remplacing my S270.
Top

I am curious to see how you guys like the Spcialista after havingit for almost a month? Have either of you had an opportunity to compare it to the Sette 270 or 270 Wi?

It's been 3 days since I got the Specialita, its sitting next to an Appartamento. I decided to sell my 6 months old Sette 270 after I had the motor replaced. The Sette gave incredible results, was super easy to use and dial in, I was just afraid the thing would die on me again after the warranty period.

Initial thoughts of the ES are pretty favorable. First thing you'll notice is how quiet this grinder is. Night and day compared with the Sette. The Eureka also just feels like a more robust machine. I'm still dialing in, the micro adjustement is easy to use, cant say much about grind retention as I dont single dose. From what I hear, its pretty minimal. Small amount of clumping, hope this will go away after a couple pounds but like the Sette, you can pause it to settle the grinds and resume. No mess on the counter, grinds fall cleanly in my PF. 18g dose in about 9-10 seconds, medium roast. Sette was around 4 seconds.

One complaint, that Specialita sticker is awful. I'll probably take it off.

It's only been 3 days, I know... But so far I'm quite happy with the Mignon. I'll write more in a few weeks. 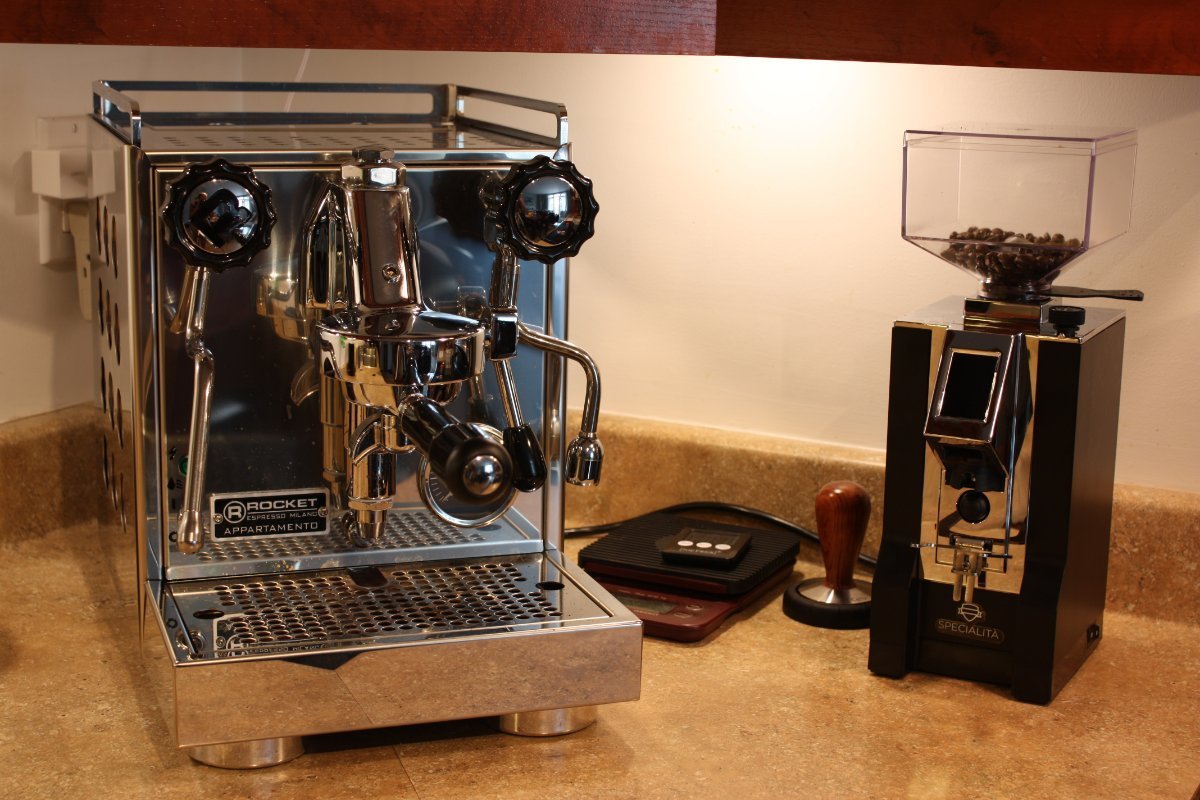 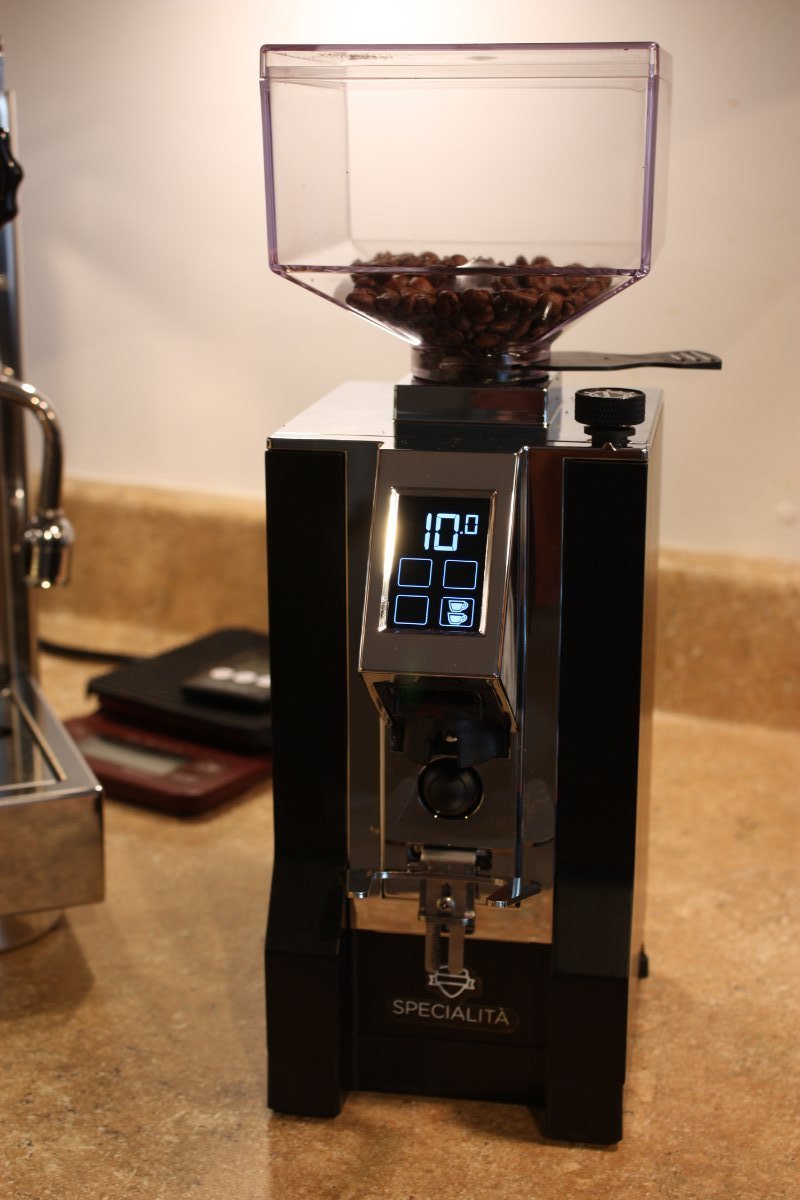 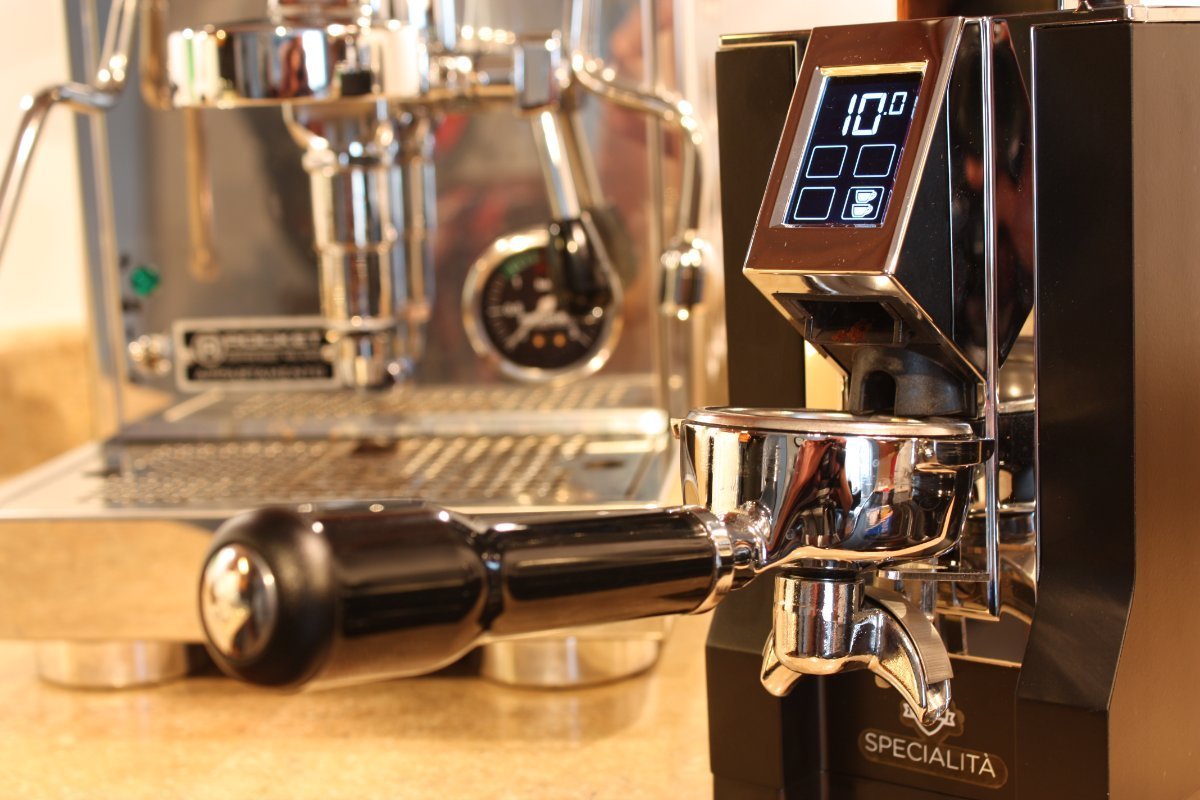